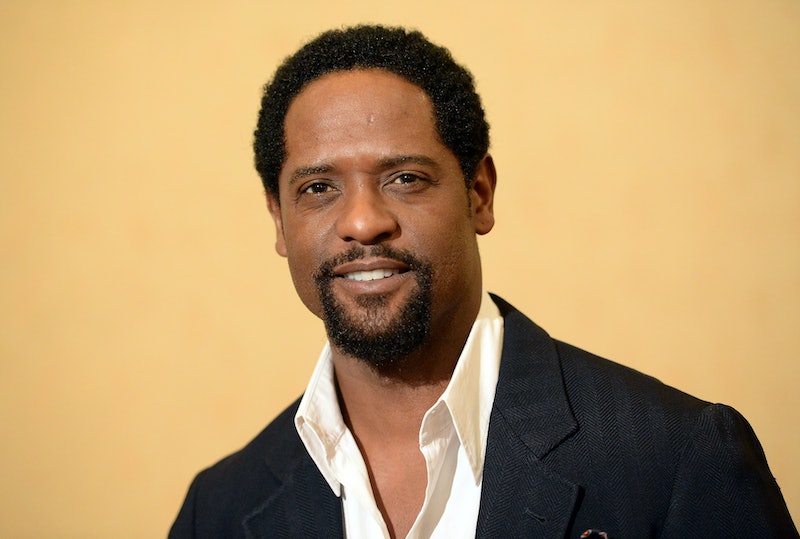 With all the hubbub and the excitement leading towards Agent Carter on ABC, some exciting S.H.I.E.L.D. casting news almost slipped by us. Blair Underwood will join Agents of S.H.I.E.L.D. as Melinda May's ex-husband, who was hinted at earlier in the season. Could he bring more than just personal backstory? His character is named Andrew Garner, "a Neurologist and Forensic Psychologist who has specialized in working with gifted individuals on the Index before," according to Marvel's casting announcement. Marvel also explained that they cast Underwood, who you may remember from L.A. Law or Sex and the City, for his infectious personality. It's fascinating that May was married to a scientist, considering her attitude towards Fitz and Simmons. I can't wait to see Garner's interactions with Agent May, and I have a feeling this will provide some fun moments for "Philinda" shippers as well. It's also interesting that Agents of S.H.I.E.L.D. is giving us two divorced couples this year. I think Ming-Na Wen and Blair Underwood can deliver, but their characters have a lot to live up to after the chemistry between Bobbi Morse and Lance Hunter.

So, why is he suddenly showing up now? It sounds like he also has some information about the Kree and/or the Inhumans that he can bring to the table. He probably worked at The Sandbox, the S.H.I.E.L.D. base for dangerous research. It's almost obvious at this point that he worked alongside Hydra officers. Who didn't? I wonder how much he learned from them as well. What else could he bring to Agents of S.H.I.E.L.D.?

The most obvious reason a specialist in superpowers would be called in is to help with Skye and Raina. Wait, do I have to call her Daisy Johnson now? I'm going to call her Skye until the character herself insists on the name change. Anyway, with Skye's new earthquake powers and whatever's going on with Raina, the team is going to need backup. They'll need someone to examine the two young ladies and figure out how their gifts are similar, as well as what sets them apart. The fact that it could be neurological is key. Underwood's character could provide insight into what the Terrigen Mists actually do.

My theory is that Andrew Garner worked with, or at the very least heard about, the newest Avengers Quicksilver and Scarlet Witch. Many fans speculate that the Maximoffs are Inhuman in the Marvel Cinematic Universe, since they can't very well be mutants fathered by Magneto and fighting alongside the other X-Men. Thanks a lot, Fox. In the clip above that was teased during the Captain America: The Winter Soldier credits, we see that "the twins" are being held by Hydra in a former S.H.I.E.L.D. research facility that considers them to be "miracles." I think it would be so cool if Andrew Garner was working at that facility, escaped when S.H.I.E.L.D. collapsed, and is biding his time to leak the intel he now has. Maybe, at one time, the twins were registered gifteds. Maybe Garner was never there, but somebody was bragging about what they saw over beers and he remembers. This would be a cool way to give some Age of Ultron backstory that's not essential to the movie-going audience, but still a great treat for the Agents of S.H.I.E.L.D. fans.