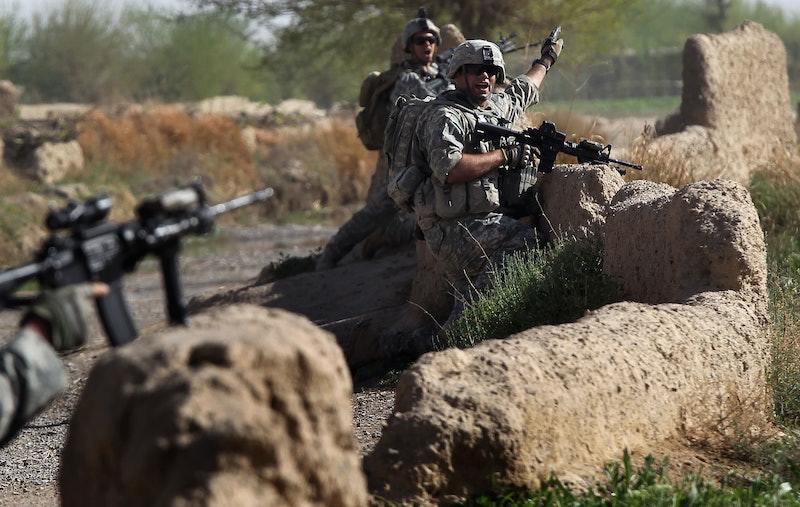 Two Marine generals are being forced to retire in connection with a deadly attack on a U.S. base in 2012, the first time such a punishment has been doled out since the Vietnam War. Marine Corps Commandment Gen. James Amos delivered the news on Monday saying, "In their duty to protect their forces these two generals did not meet that standard."

The related attack occurred when Taliban forces stormed Camp Bastion in Afghanistan last September and was considered a serious security breach and one of the most grave attacks on a military base in Afghanistan.

During the onslaught, two Marines were killed and a fleet of fighter jets were destroyed. The two generals, Maj. Gen. Charles Gurganus and Maj. Gen. Gregg Sturdevan, were asked to retire after several investigations of the incident placed the blame for not being preparing for the attack on the two leaders. Gen. Gurganus was commander of Regional Command Southwest in Afghanistan during the time of the attack, while Gen. Sturdevan served as commander of the Marine aviation wing in the area.

A statement from the Marine Corps said that Gen. Gurganus,"made an error in judgment when conducting his risk assessment of the enemy's capabilities and intentions." It also said that he "bore final accountability for the lives and equipment under his charge." As far as Gen. Sturdevan is concerned, the statement said that he "did not adequately assess the force protection situation."

The two generals were found to not have provided adequate forces to guard the base and to have improperly prepared for the possibility of a Taliban attack.

Taliban forces entered the base using wire cutters to bypass the fence. They then engaged U.S. forces in a firefight that resulted in fatalities and the injuries of several Marine soldiers, as well as more than $200 million in damage to military equipment. Fourteen of the fifteen enemy combatants were killed.

Despite the punishment, both men will receive full benefits and retire honorably.