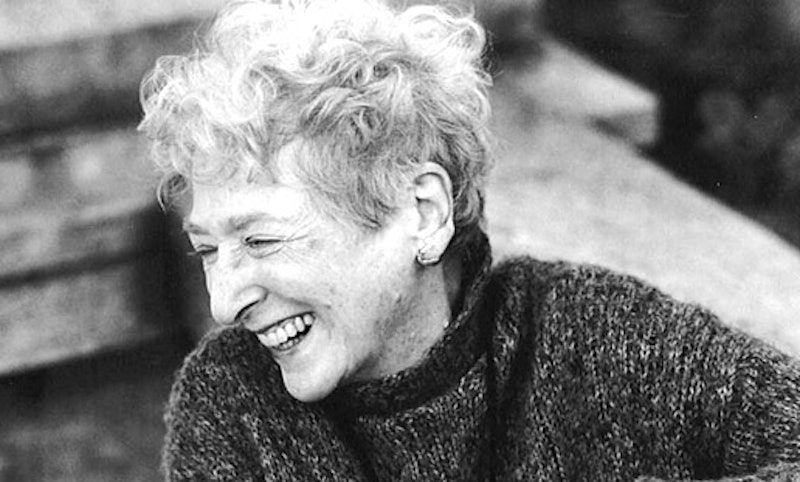 If, upon first encounter with the premise of the great Lore Segal’s newest novel, Half the Kingdom (Melville House), you were to feel a small twinge of trepidation, no one would blame you. The plot centers on an epidemic of “copycat Alzheimer’s” that suddenly afflicts all those over 62 years of age who enter Cedars of Lebanon Hospital. Despite this rather ominous platform, Segal’s talent for injecting comedy into seemingly hopeless situations is utilized with spectacular aplomb, mollifying what would otherwise be an entirely gut-wrenching experience.

The novel opens in the emergency room where the patients, many of whom are characters returning from Segal’s previous novels, are plentiful — indeed, their sheer numbers make their convoluted tales ever more confusing as they unravel. In these initial stages of the plot we encounter a definitive distinction between the roles played by each camp of characters: The Doctors and The Patients; The Patients and The Family. It is made evident who has gone, or will no doubt shortly go, “round the bend”, as Segal puts it, and in these introductions we gain access to her wit at its best.

Take Lucy Friedgold, for example, the aging poet, who, upon taking a desk job in the same wing as her grandson, becomes increasingly determined to salvage her rapidly fading memory by dictating her newest tomes to everyone in her phone book. Or Samson Gorewitz, convinced that he is now in heaven, having drowned on a beach several days earlier. Or Joe Bernstine, “The Definitive Apocalypse collector”, adamant in his conviction of the rapidly approaching rapture, its catalyst biblical or fanatical.

As we continue to navigate the increasingly tangled web of histories and presents, Segal makes apparent how extraordinary the older individuals in the novel are. Each is unique, passionate, and aware of his or her diminishing control. That the stories are delivered in the present tense roots the reader in the realization that, for the characters we are encountering, there much uncertainty. It also serves to anchor us in the confusion, unable to differentiate reality from dream.

There is a gritty honesty to Segal’s writing. Although many of the passages are quite beautiful in their wealth of detail, she aims neither to sugarcoat nor hyperbolize the situations with flowery language or over-stylized metaphor. Instead, chooses her timing carefully, she creates rare, gemified moments of pristine detail in glorious juxtaposition with the often cynical tone of the younger generation. In one particularly lovely moment, Samson struggles to stay in the moment, rooted to every pixel and pigment of a recent memory he is unable to give verbal form:

“All night Sam was going to feel the ghost of the spray of sand he couldn’t lift his hand to brush from the corner near his eye.”

These small details that Segal makes so tangible for Sam and the reader makes all the more maddening the reality that his caregivers are unable to relate to them.

Segal's capacity for humour lifts but doesn’t mask the bureaucratic maze of the medical system, and instead spotlights the stigmas associated with victims of dementia and senility. The under 62s, the family members and doctors, are often depicted as whiny and irritable, lacking the brilliance of the patients that they acquired with age and are now struggling to cling to.

At the novel’s close, in a supremely confident and accusatory act, Segal rounds on her audience:

“If you find, reader, that you are tired of Lucy looking for her glasses, think how tiresome it is for her…”

The reader is thus torn from their secure anonymity beyond the page and forced to acknowledge their mounting frustration with the incapacities of the patients. Simultaneously aware of the potential footfalls of her chosen subject, Segal holds up a mirror to her audience’s waning patience without judgment, merely highlighting the shared experience between reader and character.

As each story’s unraveling gathers speed and barrels towards the novel’s climax, the prose acquires a steady hum and fluid cadence, almost as if we had reached the method in the madness. The novel ends, most appropriately and briefly, with patient and doctor alone. Joe, now intubated and unable to speak, blinks at his caregiver as they tussle with an impossible decision. It is a quiet moment amidst the chaos, the perfect snapshot of the “party of the un-accommodated” — a collection of missed or forgotten connections between people, young and old, sane or otherwise, all finding themselves lost in the dystopian hospital hallways.