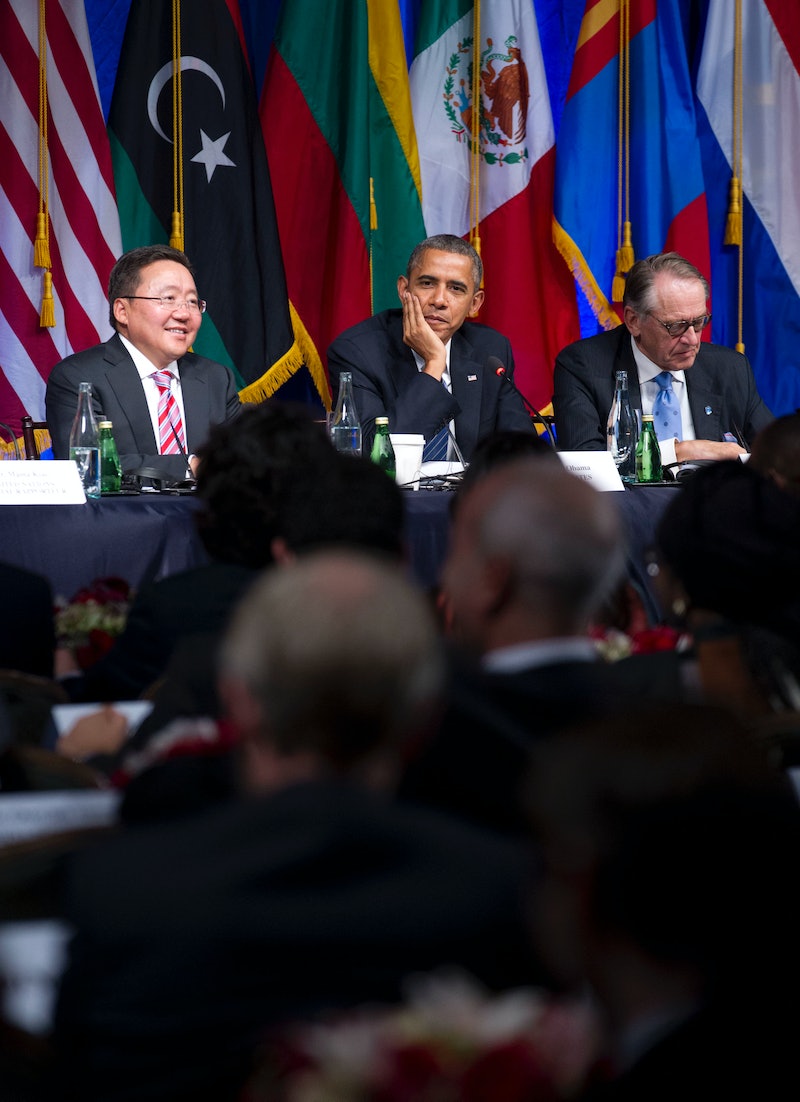 There will be no trip this week to Asia for President Obama, who is forgoing the Asia Pacific Economic Cooperation (APEC) summit to deal with issues at home as the government shutdown drags on. After a partial cancellation earlier last week, Obama nixed the entire trip Monday, which would have included stops in Malaysia, the Philippines, Bali, and Brunei.

Russian President Vladimir Putin — who usually disagrees with Obama on issues ranging from Russia's treatment of gay citizens, to the harboring of Edward Snowden, to the civil war in Syria — said that he supported the decision to skip the summit. "I think that if I was in his situation, I would not come either. Any head of state would do that, probably," Putin said. "We see what is happening in U.S. domestic politics and this is not an easy situation. I think the fact that the U.S. president did not come here is quite justified."

Though Secretary of State John Kerry was sent on Obama's behalf, the president's absence has certainly skewed the power dynamics at the APEC summit. Kerry attempted to reinforce U.S. commitment to the region saying, "Nothing will diminish our commitment to Asia." But Kerry also admitted that the government shutdown could make the international community skeptical of the country's ability to "stay the course."

Obama's absence leaves Chinese Premiere Xi Jinping as the top dog at this year's APEC summit. It's an interesting turn of events, considering that Obama planned to use the summit as an opportunity to push the Trans-Pacific Partnership —which China is not a part of — forward.

The partnership would create an open market for 12 nations including the U.S., Japan, Mexico and Canada. But with the U.S. in a state of political turmoil, some are wondering if Obama would even be able to get the Trans-Pacific Partnership agreement through Congress. Supporters of the partnership were hoping to have South Korea join the fold by the end of this year's summit, but officials from the country said that the decision would not be made in Bali.