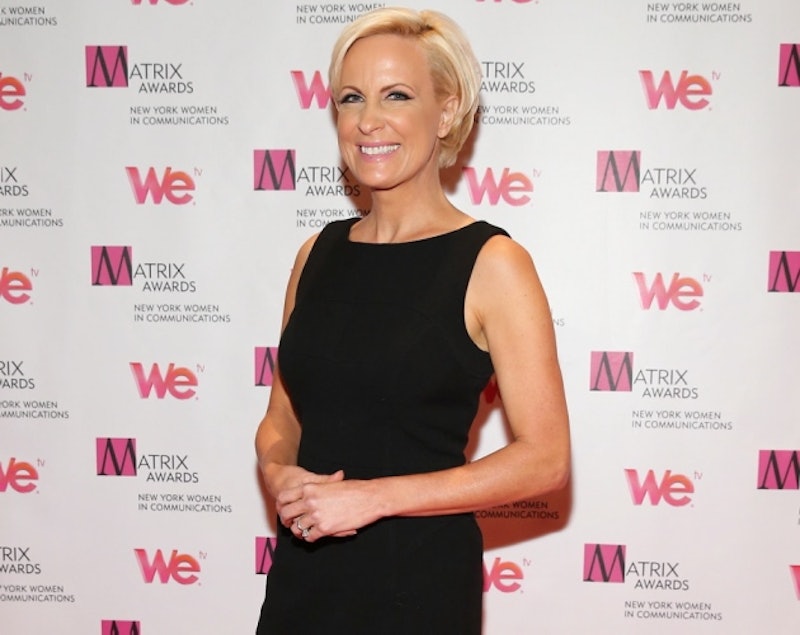 MSNBC’s “Morning Joe” certainly has its problems, the insufferable bull-headedness of its titular host being one of them. But at a recent journalism forum in New York, cohost Mika Brzezinski did something so awesome that we might be willing to give the entire show another chance. Brzezinski participated in a panel discussion at Columbia’s journalism school Tuesday night, alongside Dean Steve Coll and Joe Scarborough himself. After giving advice to aspiring female journalists (“Don’t worry about being friends with everyone in the room”) and posing for selfies with her many admirers, Brzezinski was approached by a young woman seeking advice in dealing with stagnant journalism career.

The 24-year-old woman in question was discouraged that her career at Newspath, a wire service that serves local CBS affiliates, didn’t seem to be going anywhere. As the woman spoke, Brzezinski, who used to work for CBS, reached for her phone, tapped through her contacts, and made a call. While it’s unclear exactly who she called, the conversation snippets made it clear what was going on.

“She is languishing in her current job,” Brzezinski said. “She’ll be in your office for 5 minutes to talk.”

It seems that Brzezinski arranged for a CBS executive to talk with the young woman and help jumpstart her career. This would be wonderful by itself, but what was even better was Brzezinski’s response to a reporter who asked why she did what she did.

“Because that’s what women should do for each other, anyone should do for anyone!” Brzezinski told Capital New York. “And because I can.”

She added: “I can tell she’s going to be a star. She just needs a break...I would have loved for someone to have done that for me, let me just tell you.”

Pre-tty great. Next up, let's tackle the slut shaming?

More like this
These 25 Female Governor Candidates Won Primaries & Could Make History
By Tess Garcia
UK Viewers Will Have To Wait To Watch The Handmaid’s Tale S5
By Maxine Harrison
15 Offensive AF Jokes In 'Friends' That Really Aren't OK
By Tolly Wright, Bustle Editors and Meguire Hennes
Women Around The World Are Cutting Their Hair In Solidarity With Mahsa Amini
By Darshita Goyal
Get Even More From Bustle — Sign Up For The Newsletter