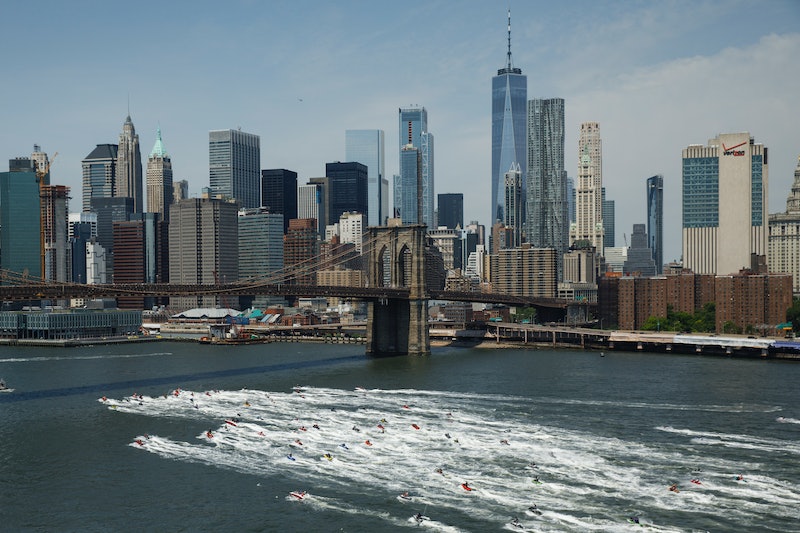 Because being an unpaid intern in New York City isn't already hard enough, a New York City federal judge ruled yesterday that unpaid interns in the city can't sue for sexual harassment in the workplace. It doesn't matter that some interns do the work of paid staffers: Because they're not officially on the company payroll, Judge Kevin Castel ruled, they don't count as employees and are therefore not covered by the city's human rights law, Title VII of the 1964 Civil Rights Act.

The decision comes from a suit brought on by 26-year-old Lihuan Wang, who sued her boss at Phoenix Satellite Television's outpost in New York during an internship in 2010. She alleged he lured her into a hotel room under the guise of conducting a performance review and attempted to forcibly grope and kiss her. He later propositioned her when she contacted him about job opportunities a few months after her internship ended.

"It is uncontested that Wang received no remuneration for her services," Castel wrote in his opinion. “An ‘employer’ logically cannot discriminate against a person in the ‘conditions or privileges of employment’ if no employment relationship exists.” In other words, Because 'remuneration,' aka wages, are what defines an employer-employee relationship, the legal protection of employees doesn't apply to unpaid interns.

“This is terrible,” Wang’s lawyer, Lynne Bernabei, said. “There is no logical reason to allow an intern who is young and vulnerable to be sexually harassed.”

It's one thing for interns to not get paid, but another thing entirely to officially rule that they have no protection from sexual harassment. City Councilwoman Gale Brewer is on it: She said yesterday that she would introduce legislation to seal up the law's loophole.

“No one should ever be denied protection against sexual harassment in the workplace. Period,” said Public Advocate Bill de Blasio, who headed the last major revisions of the law in 2005. He said that the committee wasn't aware that it was an issue.

This latest bit of unpaid-intern news comes on the heels of a couple years of unpaid interns suing employers and attempting to spark a vocal debate about the role and ethics of the unpaid internship. Critics say unpaid work is unethical when interns are working full-time hours in an expensive city, and that it privileges candidates who are better off financially. Proponents claim internships allow students and gradates to get real-world experience. However, the lack of wages, the pressure of a full-time job, and a lack of legal recourse can leave interns in a tight spot if things go wrong.

"As young interns, these are the most vulnerable people and clearly they should be protected," Bernabei said.