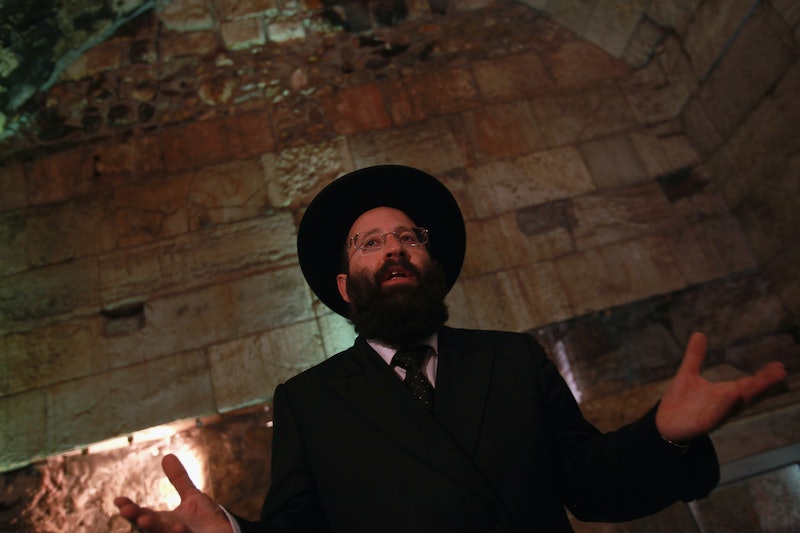 Recently unsealed court documents show that two rabbis in New York and New Jersey may have used some decidedly unorthodox techniques to help coerce men into signing divorce papers. Rabbis Mendel Epstein and Martin Wolmark are among a group of four men accused of helping to kidnap and torture a man until he consented to a religious divorce.

According to the Federal Bureau of Investigation, two undercover agents contacted Wolmark and Epstein regarding their desire for a divorce. Epstein spoke with them about using "tough guys," cattle prods, and putting bags over their husbands heads in order to illicit the desired effect.

In Jewish law, obtaining a divorce requires that a husband to sign what is known as a "get," or a religious divorce document. If the husband does not consent to sign, his wife may take up the issue in rabbinical court, but even then, husbands sometime refuse to go through with the divorce. Which can leave people in an awkward situation.

Enter Rabbis Epstein and Wolmark, who reportedly charged upwards of $10,000 to obtain consent for the kidnapping from the rabbinical court. After that, there was reportedly an additional $50,000 fee for going through with the torture and kidnapping needed to coerce husbands to sign the necessary paperwork.

In a videotaped session, Epstein tells the undercover agents, "Basically what we are going to be doing is kidnapping a guy for a couple of hours and beating him up and torturing him and then getting him to give the get."

During his consulting sessions, Epstein said that not leaving marks on the bodies of these women's husbands was very important and would prevent police intervention.

The FBI investigation doesn't include firsthand accounts of the implicated rabbis actually engaging in kidnappings, but does reportedly include Epstein admitting that the pair of rabbis organized a husband kidnapping roughly every year and a half.