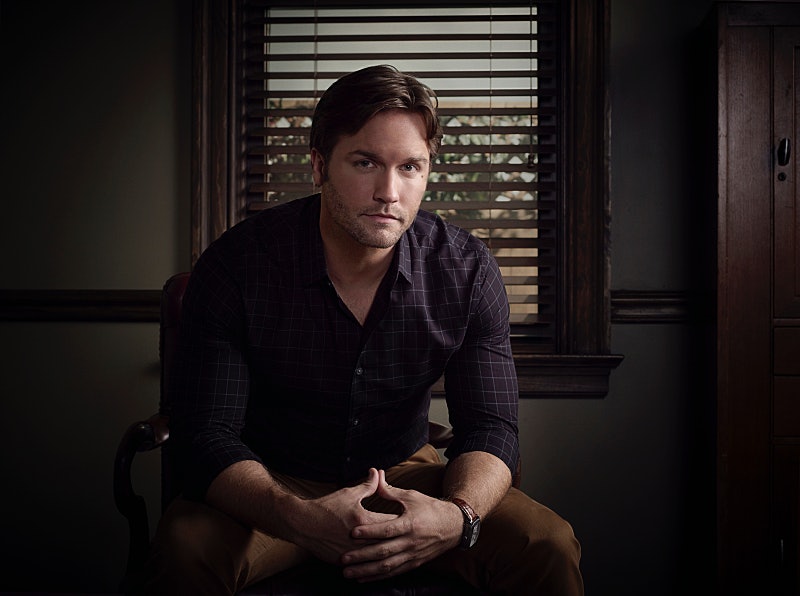 Annabeth is about to be one very lucky lady on Hart of Dixie. When Season 4 premiered, many fans sort of assumed Lemon would choose Bluebell's number one bachelor, George Tucker, and that would be the end of it. But since it appears she has her heart set on Lavon, G.T. is up for grabs, and interested in A.B. — so many letters. By no means would I ever put down Wade or Lavon — they are both amazing guys — but if Annabeth ends up with George Tucker on Hart of Dixie , she is without-a-doubt getting the best pick of the bunch.

In the most recent Hart of Dixie episode, Annabeth's sudden dismissal of her feelings for Lavon shocked me. George asked her out and, what, like 24 hours later she's over Lavon? Well, my confusion on the subject lasted just about as long as A.B.'s feelings once I realized it was George Tucker we were talking about, who is basically irresistible. I mean, the guy is pretty stellar. Trust me, But hey, in case you disagree, here just a few reasons why George would be the world's most perfect boyfriend.

Scott Porter is a very good looking guy, but somehow his character George is holy crap hot. Between his physique, his eyes, his undying love for Bluebell, and all of his quirky jokes, George is basically the perfect catch. It's not just his looks that make him Bluebell's most eligible bachelor. He's the type of guy whose personality suddenly puts him over the edge — from sexy into total heartthrob.

2. He's Not City or Country — He's The Best Of Both Worlds

When Zoe showed up in Alabama, she was a complete outcast and sometimes, it seems like she still is. I mean, she's even recruited the Truitts to teach her how to raise an "Alabama boy" because years later she's still not an "Alabama girl." George lived in the city without losing his country-boy demeanor and yet years later he still gets the New York Times and adores old Woody Allen films. He's just the right balance.

George stole my heart the minute he got on stage in Season 1 — sometimes I watch his and Wade's rendition of Ramblin' Man just to fall in love all over again. Wade has the sexy musician thing going for him too, but that's what Wade does. There's just something unbelievably attractive about a lawyer having a secret hidden talent for music. And now he's taking it to the next level managing The Brothers Truitt? Even better.

4. And He Has The Sweet Moves To Match

George stayed with Lemon, his girlfriend of 15 years, even though he knew he was going to be away for two years — finally being himself, starting an amazing new job, and meeting new people — and came back to Bluebell just to be with her. That's the definition of loyal, but he doesn't go overboard and become completely attached at the hip.

Before he became George Tucker, he was the sweet, well-meaning Jason Street on Friday Night Lights. If Kyle Chandler approves, you've got to agree, right?

7. He's So Gentlemanly It Hurts

I'm going to need a minute.

8. He's Not Afraid To Tell The Brutal Truth

Essential for any relationship. Even the imaginary one in my head.

Well, my, my, y'all. That George Tucker. He just stole my heart.

More like this
'Wednesday' Star Emma Myers Thinks A Wenclair Storyline Is “Possible” In Season 2
By Alyssa Lapid
Ashton Kutcher Wants Danny Masterson “To Be Found Innocent” In Rape Retrial
By Jake Viswanath
Pamela Anderson's Sons Brandon & Dylan Have Their Own Hollywood Careers
By Arya Roshanian
'The Queen’s Gambit' Season 2 Tweet Wasn’t From Anya Taylor-Joy
By Mary Kate McGrath, Jack Irvin and Grace Wehniainen
Get Even More From Bustle — Sign Up For The Newsletter
From hair trends to relationship advice, our daily newsletter has everything you need to sound like a person who’s on TikTok, even if you aren’t.