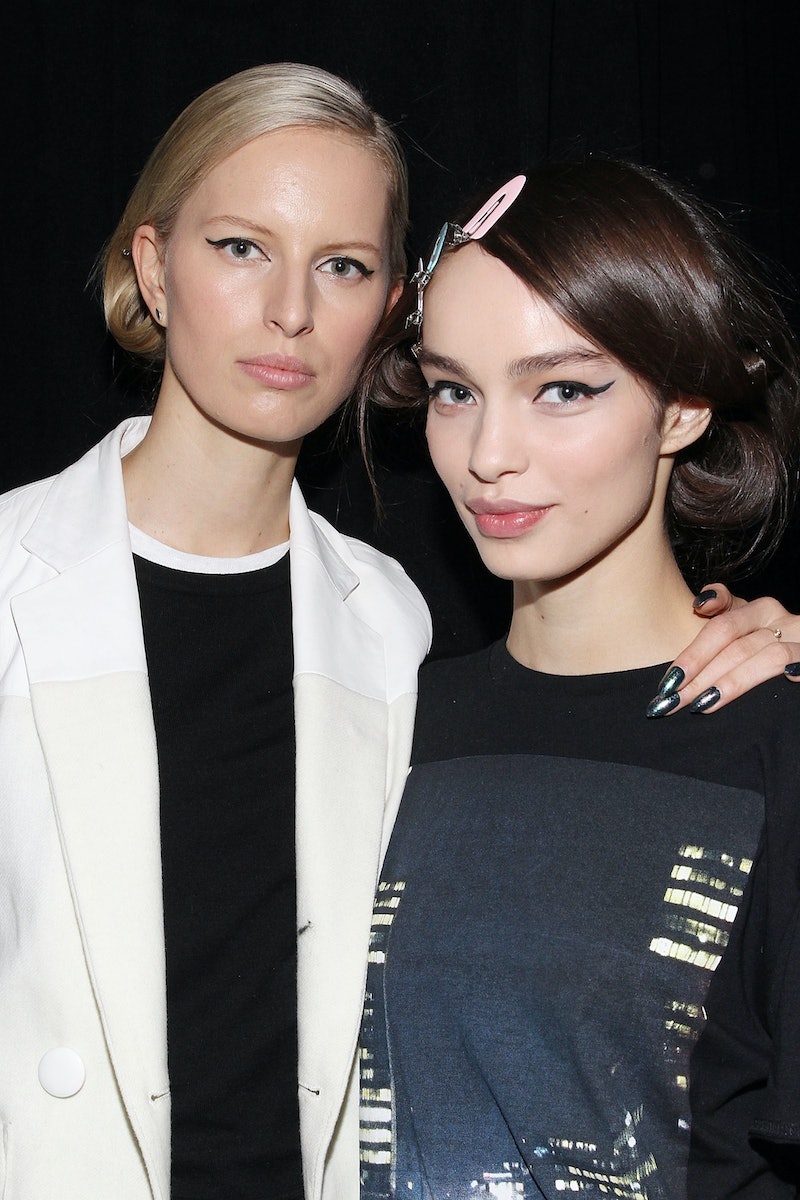 So, L'Oreal has a new spokeswoman... but who is she? While she may not be as big a name as, say, Gwen Stefani, Karlie Kloss, or Blake Lively (who have all held the same title), Luma Grothe has quite the resume (plus, she's been described as a cross between Miranda Kerr and Angelina Jolie — and if that doesn't spell out "BEAUTY CONTRACT" in all-caps, I don't know what does). Since competing in a Brazilian modeling competition at 16 (she didn't win, but she got an agent and some recognition out of the contest), she's been featured in a number of campaigns, advertisements, and runway shows — and, of course, has accrued quite the Instagram account. Luma Grothe's new gig as L'Oreal spokeswoman is the next step in an already successful career.

She's been featured Vogue Italia (a modeling pinnacle if ever there was one), she has a campaign for Dsquared under her belt, and she's walked the runway for high-end designers like Burberry Prorsum and Versace — so in a lot of ways, it makes sense that she's nabbed such a covetable campaign. L'Oreal today, and who knows what's in store for tomorrow? Maybe this is her first step in a path towards world domination, Cara Delevingne-style.

She Knows How to Kick Back and Relax

She Was an Adorable Child

More like this
Kourtney Kardashian Claps Back At Pregnancy Speculation On Instagram
By Jake Viswanath
Confused About Blush Placement? This TikTok Makeup Hack Will Help
By Olivia Rose Ferreiro
The Pros & Cons Of The "Moisture Sandwich" Trend, Explained By Derms
By Olivia Rose Ferreiro
Dixie D’Amelio & Noah Beck “Love Each Other” Despite Breakup Rumors
By Julia Emmanuele, Jordyn Tilchen and Grace Wehniainen
Get Even More From Bustle — Sign Up For The Newsletter