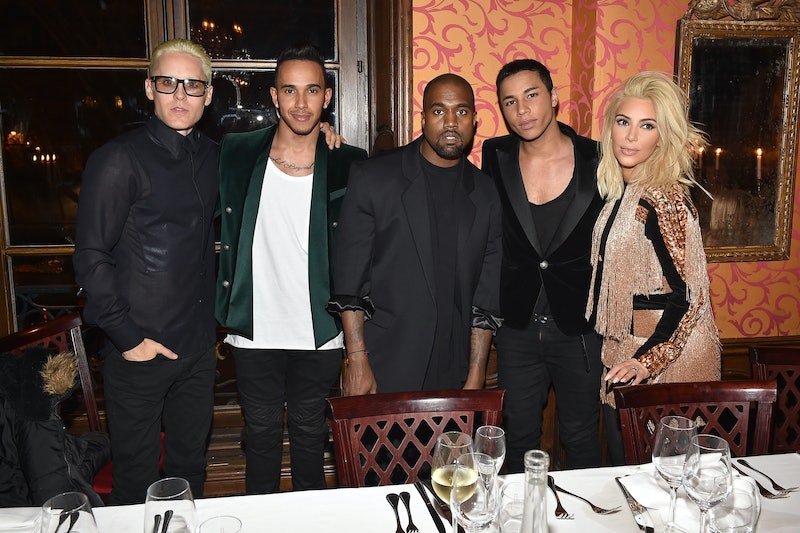 I'm not sure if you've noticed, but there's definitely a trend of being a big-time celebrity and going through a platinum blonde phase. But even though many have gone through the hair transformation, I can't deny the fact that Kim Kardashian going platinum blonde is probably the best brunette-to-blonde transitions of them all. I'd only hope the hairstyle is here to stay. Along with Kardashian, Jared Leto has also revealed his new platinum blonde hair at Paris Fashion Week, another major change for the rockstar who cut off his long hair earlier this week. Yes, I'm still crying. While both celebrity hair changes have seem to catch the Internet's attention, this isn't the first time we've seen the hairstyle happen among Hollywood's biggest stars. I wouldn't be surprised if other famous brunettes followed suit and revealed major hair changes this month.

While the blonde hair color really shines and stands out, it doesn't always play out so well for other famous brunettes. Sometimes celebs dye their hair back before we even realized they went blonde. While being platinum blonde seems the most shocking, it also tends to be the style that fades away the quickest. Whether it's for a movie role, a need for change, or just doing it because they want to, there are quite a handful of stars who went through this platinum blonde phase. In case you missed it, here are 8 other celebs who pulled a Kim Kardashian, but almost immediately went back to their original roots. Literally.

I thought this was so classy on Hathaway, but she wasn't a big fan apparently!

I was pretty conflicted about this one, but the hairstyle went away before I could form a real opinion.

This was a pretty interesting hair move. But hey, at least his smoldering face game will always be on point, no matter what his hair color is.

Similar to Hathaway, the short blonde hairdo looked so sophisticated on Moss. It really didn't stay long enough, though. Sigh.

And then this happened. But thankfully, it quickly faded away.

We're so used to seeing Candice Swanepoel's dirty blonde locks, so we were all surprised when the Victoria's Secret Angel decided to rock the platinum blonde 'do. But let's be honest, any color works for this supermodel.

If Lena Dunham can pull off both a bowl cut and a platinum blonde color, I don't think there's anything she can't do.

The Twilight star also joined the platinum blonde club once. It didn't stay around for too long though.

While the actress is no stranger to being blonde, this was the lightest shade she ever went while filming Sin City. It made her look even more like a glowing goddess.