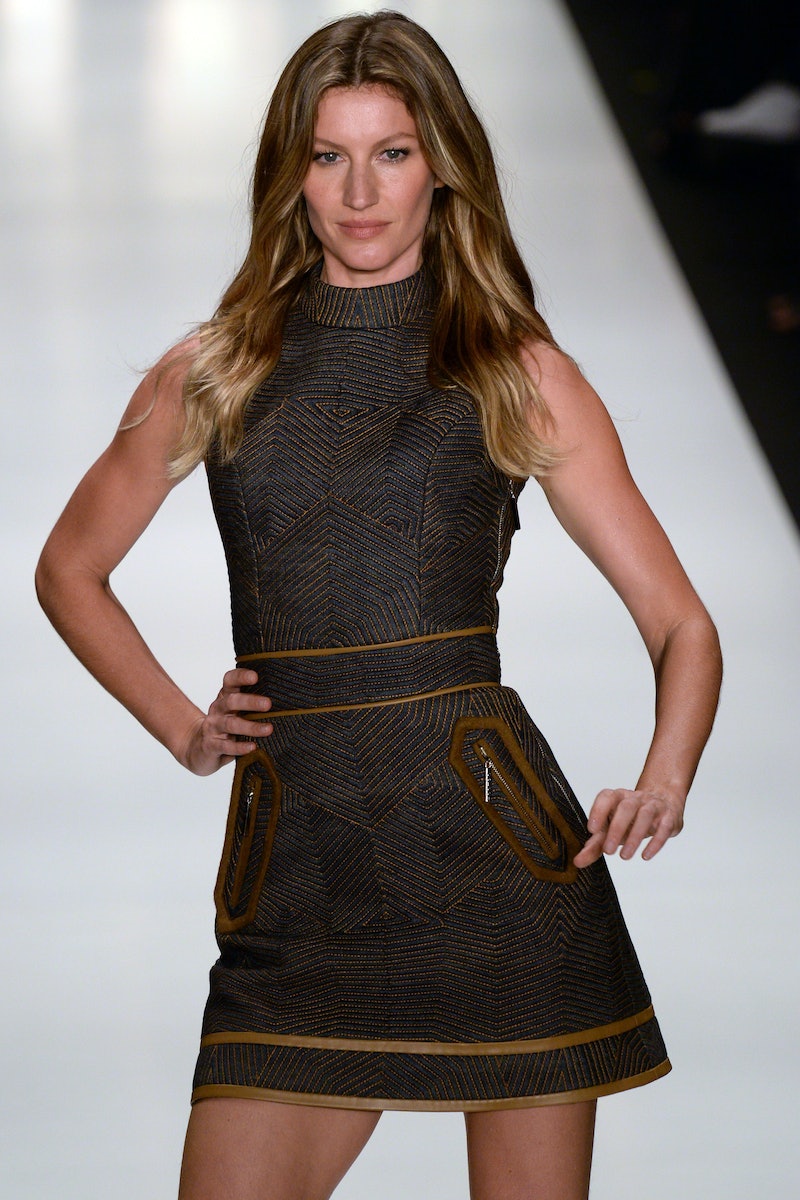 Sad, but expected model-related news today: Gisele Bundchen is retiring from runway and her final show will be in April for São Paulo Fashion Week. The announcement was first made on Twitter by Moda Estadão.

At 34 years old, Bundchen has had an extremely successful career on the runway. From her first gig walking Alexander McQueen's spring 1998 runway to being one of the most famous Victoria's Secret Angels, Bundchen has proved to be one of, if not the most successful model of all time. According to Forbes, Bundchen was named world's highest paid model for 2013-2014, and according to E!, she's earned that title 8 times — in a row. Crazy? Crazy.

It has been announced that for her last show she'll be modeling Colcci's 2016 summer collection in São Paulo. According to E!, she said, "it was her dream to finish walking the runway in Brazil."

Even though she won't be returning to the runway anymore, Bundchen will still carry out campaigns and continue her career in print. It'll be sad to see Bundchen give her final catwalk next month, but I can't wait to see what's in store for this mega supermodel.