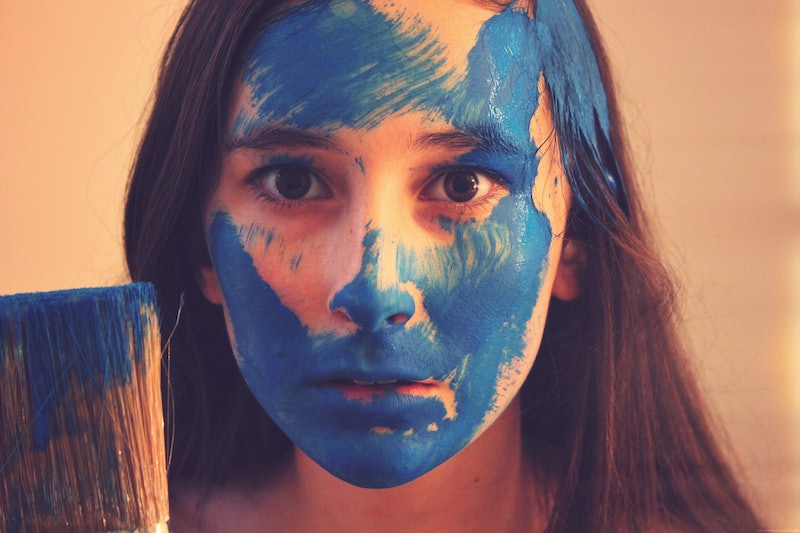 Working 9-to-5, what a way to make a living! As a "creative" person, I've worked both in conventional 9-to-5 jobs and in less conventional freelance jobs. I began my career as a writer by actually starting out in a law firm after finishing law school. Wearing suits, doing the same monotonous work and eating lunch in my fluorescent-lit cube every day lost its appeal very, very quickly, as my creative heart had a hankering for something less structured. And so I gave up excellent pay, wonderful benefits and a potentially very lucrative career to become a struggling writer. Hey, the heart wants what it wants.

There's something very limiting about 9-to-5 work when all you want to do is flex your creativity. Creative people are constantly trying to find ways to bridge the gap between the two, and the people I see finding happiness in an amalgamation of traditional work life and creativity, are those who freelance or who start their own businesses in their fields. Because working to the beat of the 9-to-5 clock isn't always conducive to being creatively productive, not in the least because creativity doesn't always strike during set hours. Here are six reasons why it's difficult for creative folks to adhere to 9-to-5 work environments.

As I already mentioned, creativity doesn't have a schedule. It doesn't always strike between the hours of 9 and 5. Sometimes it happens that a late-night stroke of inspiration will take you, or an early morning burst will leave you burned out for the rest of the day. Some days, there might not be any creative drive at all. And sometimes, there might be so much ready to come pouring out of you that even 24 hours isn't enough to spew it all into the world. Trying to force creativity into 9-to-5 is a futile practice.

9-to-5 often means office space and small cubicles or limited desk space with people floating around and a lot of distractions. Some creative endeavors, like art, require a lot of space. Many creative practices might be disturbing to others, or easily disturbed by others. A lot of creativity is either solitary, or reliant on entry into a "zone" that can't be compromised by external pressures.

3. Because we need to be able to walk away

Sometimes, creativity can be absolutely maddening, and we need to be able to leave it behind. In a 9-to-5 job, you can't just disappear for a couple of hours when you're at an impasse. But sometimes when you're trying to be creative, you need to abandon your project for extended periods of time in order to be able to complete it.

4. Because creativity is a 24-hour affliction

Like I've already mentioned, creativity doesn't strike in set, predictable hours. For a creative person, being creative is a 24/7 kind of deal. Moreover, sometimes you can't put a deadline on being creative. We get that when our livelihood relies on our creativity, there will be deadlines, but often those aren't daily. For instance, a commissioned piece of art, a book, or a fashion line, whatever it is we do, obviously has an ultimate deadline. But the way creativity ebbs and flows is that the creative part of the process might happen in a huge 3-day chunk, with a break, then another chunk, then a break. There's no way to ensure ideas happen in set hours, so while over the course of weeks, the work WILL get done, it's not necessarily practical or realistic to lump it into a certain schedule all the time.

5. Because there's no cut-off time when creativity just stops

Saying to a creative person, "Your creativity is due at 5!" is one thing (above), but saying, "Stop being creative at 5!" is another thing entirely. You can't just decide to stop—and when it comes to 9-to-5 work, especially work that's paid hourly (where you're probably forced to cut off at some point) is dangerous and reductive for those creative juices.

6. Because we need fluidity in our schedules

At the end of the day, creative people just need to be. We don't really like repetitive daily grind. That's why we're creative! We like change and unpredictability, and we like to be able to take an inspiration and run with it at a moments notice. It's not that we're unprofessional or incapable of contributing to society on a schedule, it's just that in order to be professional and on schedule, we need to be on our own, weird, self-determined clocks.

More like this
Black Women's Equal Pay Day Highlights An Upsetting Problem
By Brandi Neal
The Spiritual Meaning Of Angel Number 000, Explained
By Kristine Fellizar
15 Easy Pranks To Play This Halloween
By Emily Kelley and Lauren Grant
10 Creative Sexting Ideas That Don't Involve Nudes
By Lexi Inks
Get Even More From Bustle — Sign Up For The Newsletter