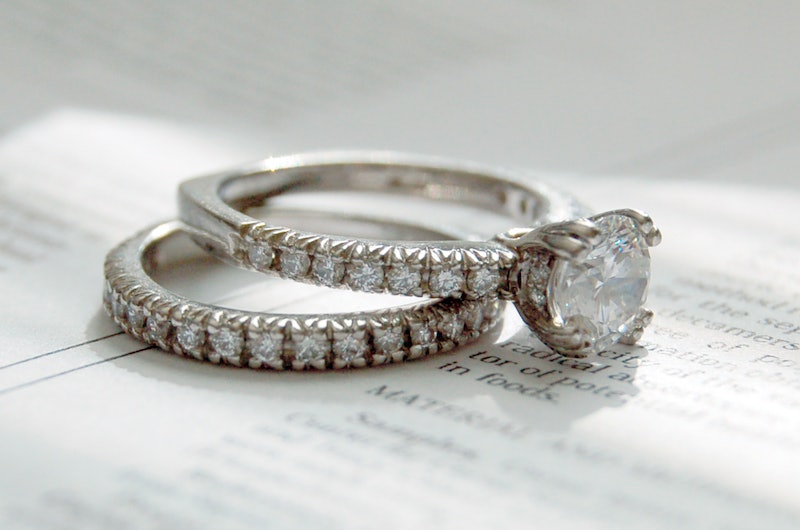 There’s a small part in each of us that finds immense joy in the union of two people who like each other enough to agree to see each other for the rest of their waking lives. So why not fill your feel-good quota today by watching a pilot proposing to his flight attendant girlfriend mid-flight? As Eric Greener, the pilot in question, put it, it's an extension of their love that began and will continue 34,000 feet above ground. Pretty cute, right?

In a video capturing the proposal, Greener recalls the very moment he fell for Brandy Hollenbeck in a terminal before they shared a flight together. “I happened to meet this beautiful blonde flight attendant, who was sitting there [...] mowing down on a double cheeseburger. And all I could think, folks, was, ‘My gosh, a flight attendant who’s got the courage to eat a cheeseburger in the terminal is a woman to know.’” (We’ll let the cheeseburger comment slide here because she was living her best life and he seemingly respects that.) “I met the woman of my dreams at 34,000 feet, so I figured it’s time to continue our lives at 34,000 feet,” he says.

And then, with the camera trained on Brandy’s anticipation, he pops the question from the cockpit, and she is escorted down the aisle by a friend who helped Greener orchestrate his plot. Hollenbeck totally accepts and everyone begins clapping and it’s exactly like in the movies. It’s all pretty adorable, really.

Hollenbeck told Alaska Dispatch News that the anticipation leading up to his proposal scheme was one she’d been carrying for a while. But when he finally decided to take the jump, she hadn’t seen it coming. “The pilots were in on it, the gate agents were in on it, everyone was coordinating this proposal,” she said, adding that she had “no idea.” Check out the video below.

More like this
You Can Stay At The 'Hocus Pocus' House On Airbnb
By Alexis Morillo
Craving The Beach? Here's Your Guide To A Solo Vacation In Turks & Caicos
By Alexis Morillo
Why TikTok Is Obsessed With Caesar Salads Right Now
By Alexis Morillo
15 Halloween Costumes Inspired By TikTok Trends
By Emma Carey
Get Even More From Bustle — Sign Up For The Newsletter