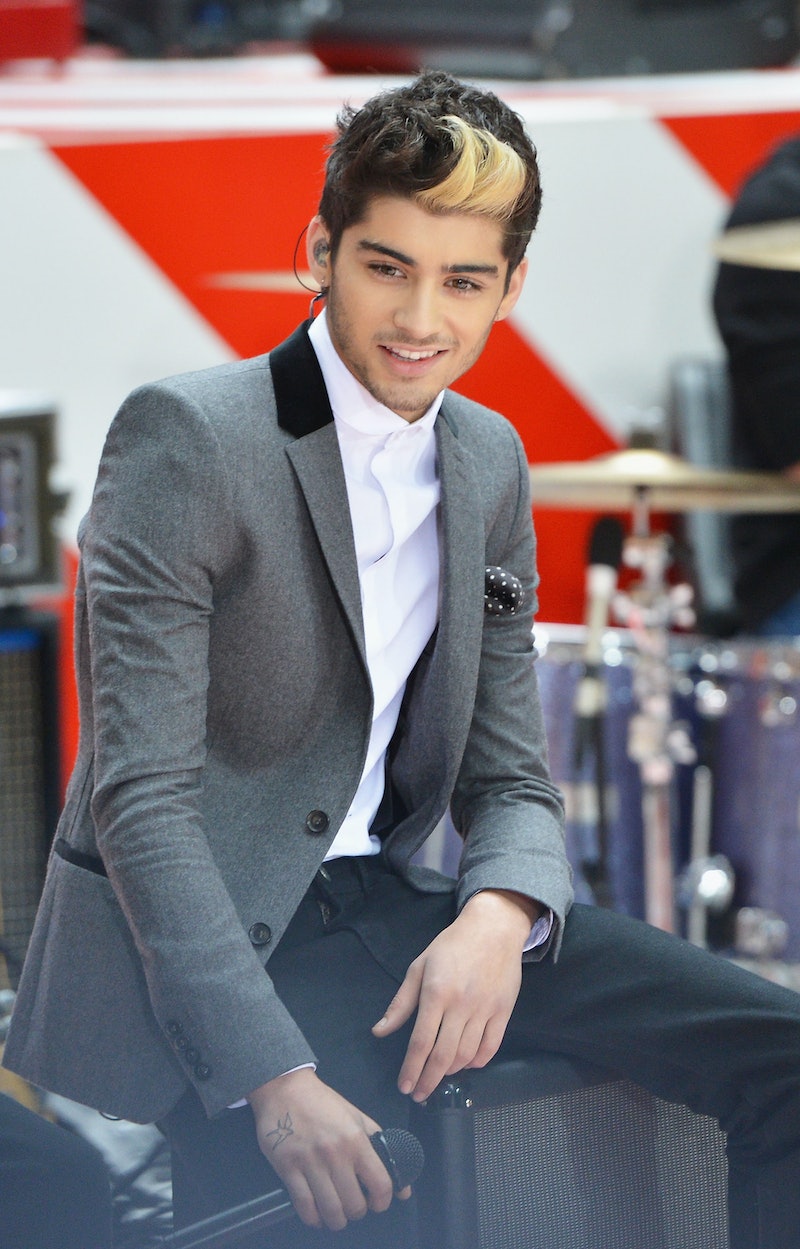 You've probably heard by now, but yes, it's true, Zayn Malik is leaving One Direction. Even though we're all in shock (I'm still recovering), it's good to know that Zayn has made a decision that's best for him. While we're all trying to keep an optimistic view of him leaving the boy band, I sure hope that Zayn won't be gone forever. In his official statement on Facebook he said, "I am leaving because I want to be a normal 22-year-old who is able to relax and have some private time out of the spotlight." But just because he won't be in the spotlight anymore, I really hope that doesn't mean he can't show off his style we've all come to love over the years. I'd miss it too much.

It's not the first time in boy band history that something like this has happened. I was pretty much devastated when Justin Timberlake left *NSYNC, but you know what, JT wouldn't be JT if he didn't. And I'm OK with that. As long as Zayn doesn't go hiding forever, I wouldn't mind if he followed the footsteps of his fellow boy band alumni. Zayn dropping a rap album? I'm all for it.

But let's not get too far ahead of ourselves. He barely left the band a couple of days ago. And in an attempt to soothe my inner fangirl from more crying, I thought it'd be nice to make an ode of the moments that Zayn was ultimately the most stylish member of 1D. Whether it's his mysteriousness, style, good looks, or charm, there's no denying that everyone will miss this star-studded singer and the amount of style he brought to the band.

1. First things first, the debut of his man bun:

2. Leather jacket game was always strong in this one:

3. Who knew brown leather jackets could look this good?:

5. Yes, let's please take a moment for this one:

9. This purple sweater during a 1D concert:

10. When he proved Doc Martens could look good on guys, too:

12. His fine use of accessories:

13. When he appeared on SNL in this outfit:

I really could go on all day...sigh. I'll miss you, Zayn! Don't be a stranger! xoxo