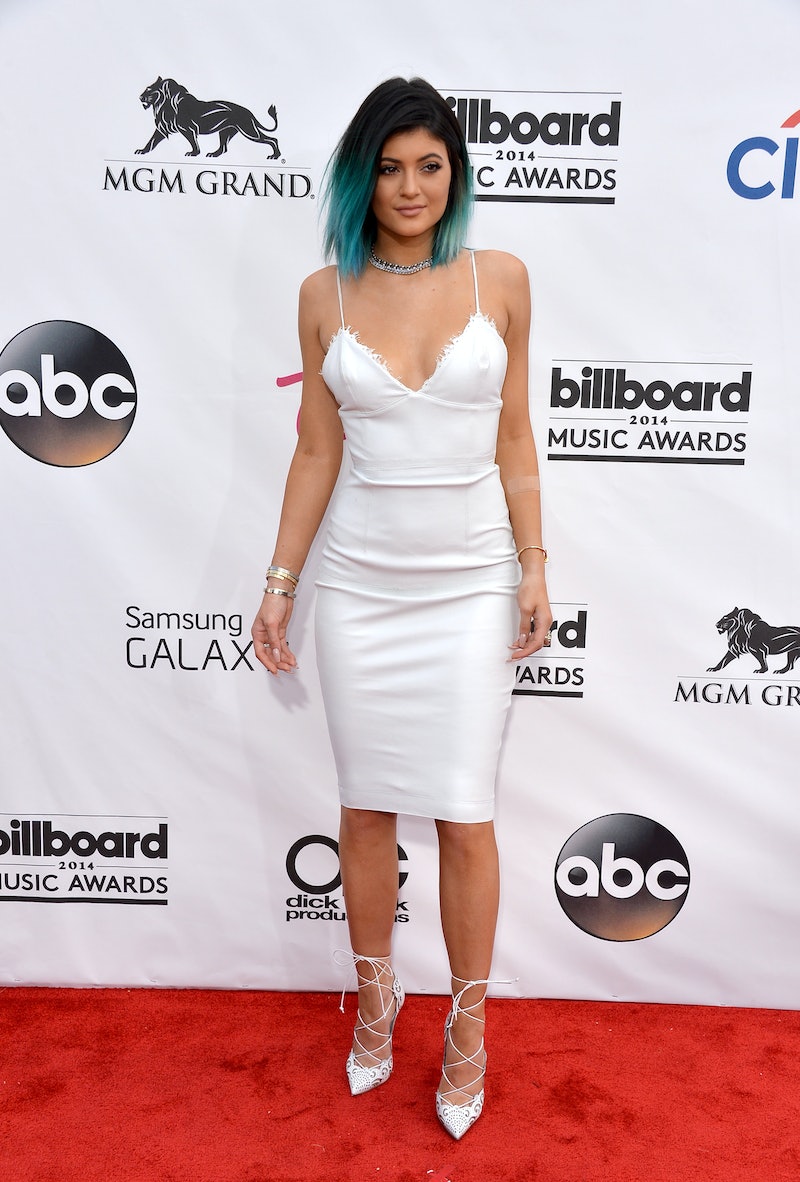 Both Kylie Jenner and Hilary Duff have the blues. Hair, that, is. The starlets have each rocked that somewhat teal, somewhat greenish, yet totally blue hair hue. Kylie Jenner's blue hair has been coming and going for a long time (to the potential dismay of her momager Kris), while Hilary Duff's blue hair is fairly new, a little softer in shade, and quite unusual for her, since her style is rather classic. But she looks adorbs, as always.

Katy Perry has been blue, as has Demi Lovato, but for some reason, Jenner and Duff reign supreme as the blue-haired queens. Which begs the question: Who does blue hair better? Does Kylie own the trend, since she has been doing it for so long and it's basically her signature? Not to mention that the blue and black combo is pretty extraordinary, especially when paired with her signature pouty, matte, and nude lips.

Or is it Duff for the win, since she is a blonde and we never, ever see her step outside her pretty but predictable comfort zone?! For me, seeing Duff go blue is like Taylor Swift going, say, pink. It's just not something I expect or would believe unless I saw it, you know?

Let's look at Jenner and Duff with the blues and see if there is a clear winner here.

Kylie has shown the ability to do blue in a variety of ways. Like long waves.

The youngest Kardashian has also gone almost full blue with her locks. Her take on blue is very edgy and demands "Look at me!"

Duff, who is about a decade older than Jenner, went with a softer, mermaid-like blue hue. It's pretty, and, despite the color being so out of the ordinary, it's not like "Whoa!"

Duff's blue feels like an enhancement to her hair. It's very easy-going.

It's like a fun "for now" tint, not a huge statement that she's changing her style.

So, after looking at both lovely ladies and their fun blue hair, and weighing things like commitment, how they style it, and how they rock it, I think both Jenner and Duff know how to work blue hair but it feels like a shade best suited for Kylie Jenner.