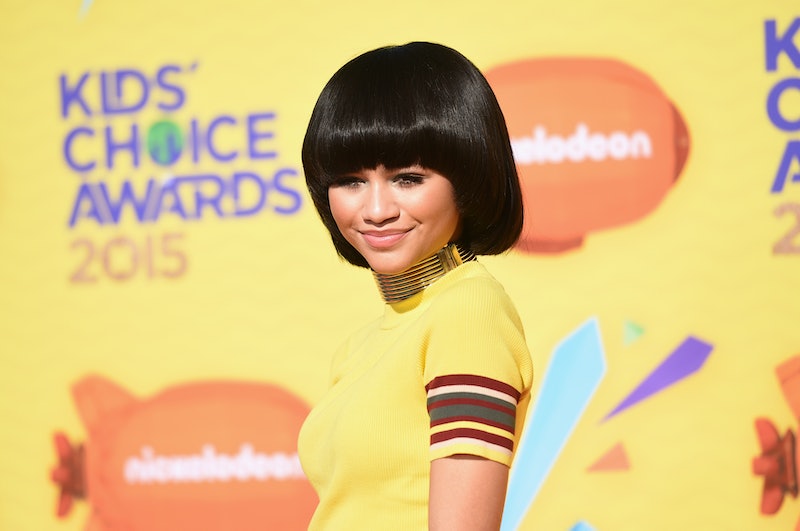 Well, that was fast. Zendaya debuted another bold hairstyle at the KCAs which caused some bothersome reactions on Twitter this weekend. She seemed to have gotten a lot of disapproving comments about the hair bob she rocked at the awards show. After gracefully handling the Giuliana Rancic comment she received on Fashion Police, it's obvious Coleman is no stranger to all the hair drama. However, to no surprise, Zendaya was once again well-composed and clearly knew how to respond to the mean haters of the Internet.

After the disapproving comments that popped up after the KCAs, Coleman posted a video on her Instagram, poking fun and saying, "So many people get stressed out every time I wear a different hairstyle on the red carpet, it's called a wig people — W-I-G — say it with me now, 'wig,'". Clearly people get super startled by the singer/entertainer's hair choices, but it's nothing she can't handle. After all this hair drama, the former Disney star has proved to be nothing but gracious, beautiful and well-poised.

Here's what they said:

Here's what Zendaya responded with:

Sporting the hairstyle with mod vibes and bohemian chic accessories, Coleman looked absolutely confident walking the orange carpet at the Kids' Choice Awards. She explained through a caption on Instagram, "Giving Queen Cleopatra+Edna Mode+70s realness". IMHO, I think she looks great. She totally kills this look!