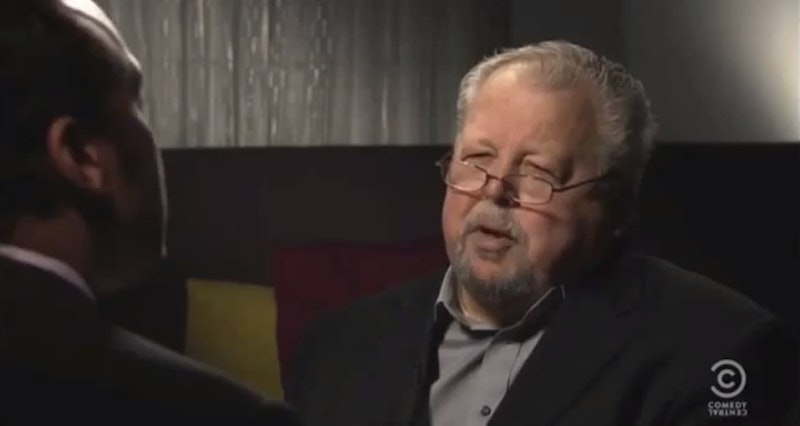 Talk about an interview gone wrong. A North Carolina GOP County Chair was forced to resign Thursday after an interview on the Daily Show, in which he espoused racist views and admitted that changes to the state's voting laws were meant to suppress groups that tend to vote for Democrats. The Buncombe County Republican Party asked Don Yelton to step down after his interview aired on the show Wednesday night. In the interview, Yelton called black people "lazy" and had a long pause — way too long — when interviewer Aasif Mandvi left the door open for him to confirm that he's not a racist.

Look: it's naive to think that we've eliminated racism (sorry, Supreme Court), or, for that matter, anti-semitism or homophobia. Bigotry is still alive and well in America. But the great thing about this country is that most people who hold those views understand that there's something off-color about them. They couch those views in more neutral language, or talk vaguely about preserving something that was instead of flat-out naming what they're against.

The remarkable thing about Don Yelton is that he missed that notice, got fired, and doesn't even care. He's back on the interview circuit, digging an even deeper grave for himself. "To tell you the truth, there were a lot of things I said that they could've made sound worse than what they put up," he said. "I would've loved to been able to do it live. … But that wasn't offered."