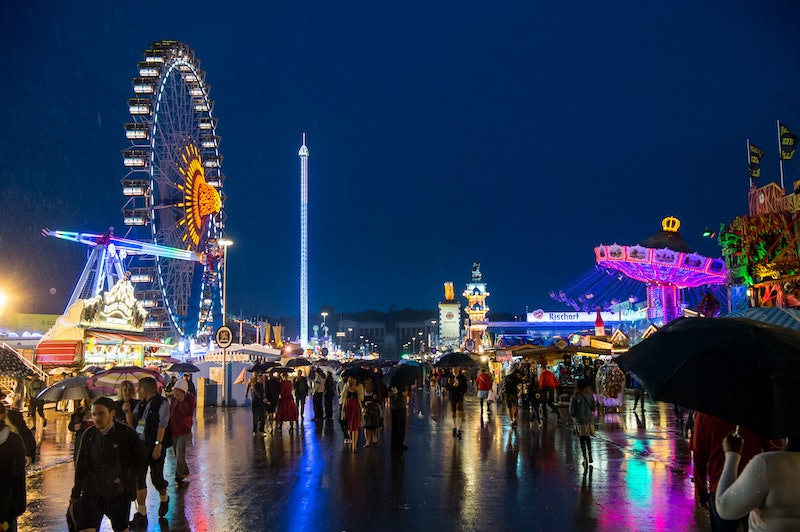 The North Carolina Fair last night wasn't exactly all snow cones and funnel cakes: Five people were injured when the Vortex ride restarted as passengers were getting out of their seats. Two of the riders were seriously injured, and the ride's operator was among those taken to a hospital in nearby Raleigh.

Reports indicate that riders were thrown from or flipped out of the ride. Witnesses say they heard a "crashing sound" on the whirling, rider-flipping ride (video of the ride operating normally below) around 9:17 p.m. and saw people flat and face-first on the ground. Later reports indicated that all five injured were knocked unconscious. One witness, Caleb Norris, saw the ride's operator "fall to his knees and start crying."

Another witness, Davis Averett, describes the incident on Twitter.

Of the two people seriously hurt, one has concussion-like signs and the other received a serious head injury.

“Oh my God, we feel absolutely horrible for the families,” said the fair's ride contractor, Les Powers. “I’m not used to this. This doesn’t happen. I don’t know how to react. I tried to sleep last night, but I couldn’t. I just feel so horrible for them, about the whole thing. I wish I could turn the clock back."

While the sheriff's department looks for witnesses, the State Department of Labor looking into if the ride had been inspected properly and if it malfunctioned. North Carolina has one of the most stringent inspections procedures in the country.

"We have the reputation as the safest state in the country as far as amusement rides go," NC Agriculture Commissioner Steve Troxler said before the fair opened Oct. 17. "This is the 160-year anniversary of the State Fair and we want it to be a safe homecoming."

State fair rides, under North Carolina law, are meant to be inspected three times a day.

The state fair closes on Sunday.