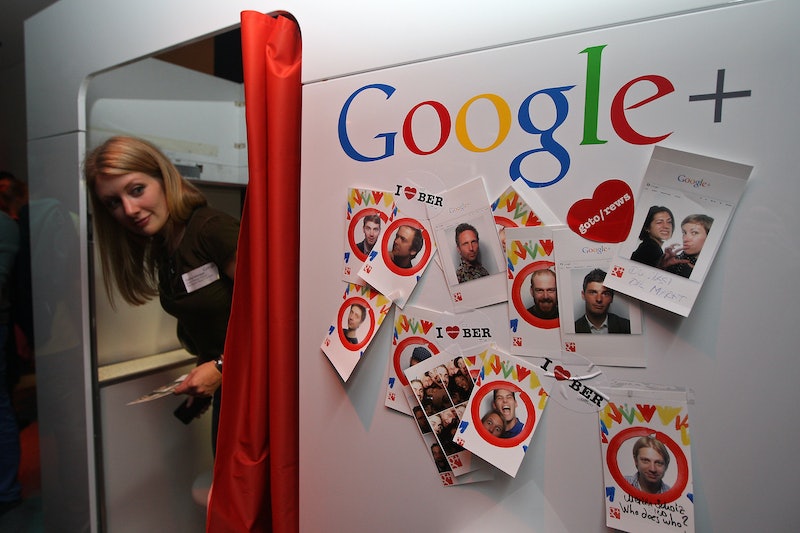 You did what now, NSA? Turns out, the National Security Administration covertly infiltrated information centers of both Google and Yahoo, leaving the NSA free to possibly collect information from millions of users, according to a new report by the Washington Post Wednesday. The Post used documents from former NSA contractor Edward Snowden, who leaked the documents, plus "interviews with knowledgeable officials." Whoa, this is getting personal.

According to the report, the NSA utilized a project called MUSCULAR, along with its U.K. counterpart, GCHQ. In the last month, the NSA was able to process more than 100 million new records of metadata, emails, text, audio, and video.

The MUSCULAR project appears to be an unusually aggressive use of NSA tradecraft against flagship American companies. The agency is built for high-tech spying, with a wide range of digital tools, but it has not been known to use them routinely against U.S. companies."

The search engines' "cloud" data centers allow them to synchronize large amounts of information — but also let the NSA view that information in real time, according to the report. It then picks and chooses which information is deemed valuable.

Google employees are pretty pissed off about the revelation. When shown an NSA presentation slide on “Google Cloud Exploitation” — where there is a smiley face drawn where encryption is added and removed — "two engineers with close ties to Google exploded in profanity when they saw the drawing."

In an official statement to the newspaper, Google said it was “troubled" by the new information. “We have long been concerned about the possibility of this kind of snooping, which is why we continue to extend encryption across more and more Google services and links,” according to the statement.

A Yahoo spokeswoman responded, “We have strict controls in place to protect the security of our data centers, and we have not given access to our data centers to the NSA or to any other government agency.”

The NSA, for its part, is firing back at the report.

“The assertion that we collect vast quantities of U.S. persons’ data from this type of collection is also not true,” an NSA spokeswoman told Politico.

The NSA and The White House have been under harsh scrutiny for its security procedures, especially when it was revealed that German Chancellor Angela Merkel's phone had been hacked. Even though The White House denied any knowledge of the NSA's spying operation in Europe, the U.S. Director of National Intelligence James Clapper, Jr., claims the opposite. A bill was introduced in the House Tuesday to limit the NSA's surveillance powers.

The NSA already garners large amounts of online information under the PRISM program, which legally binds Yahoo and Google to allow the NSA to access user accounts.