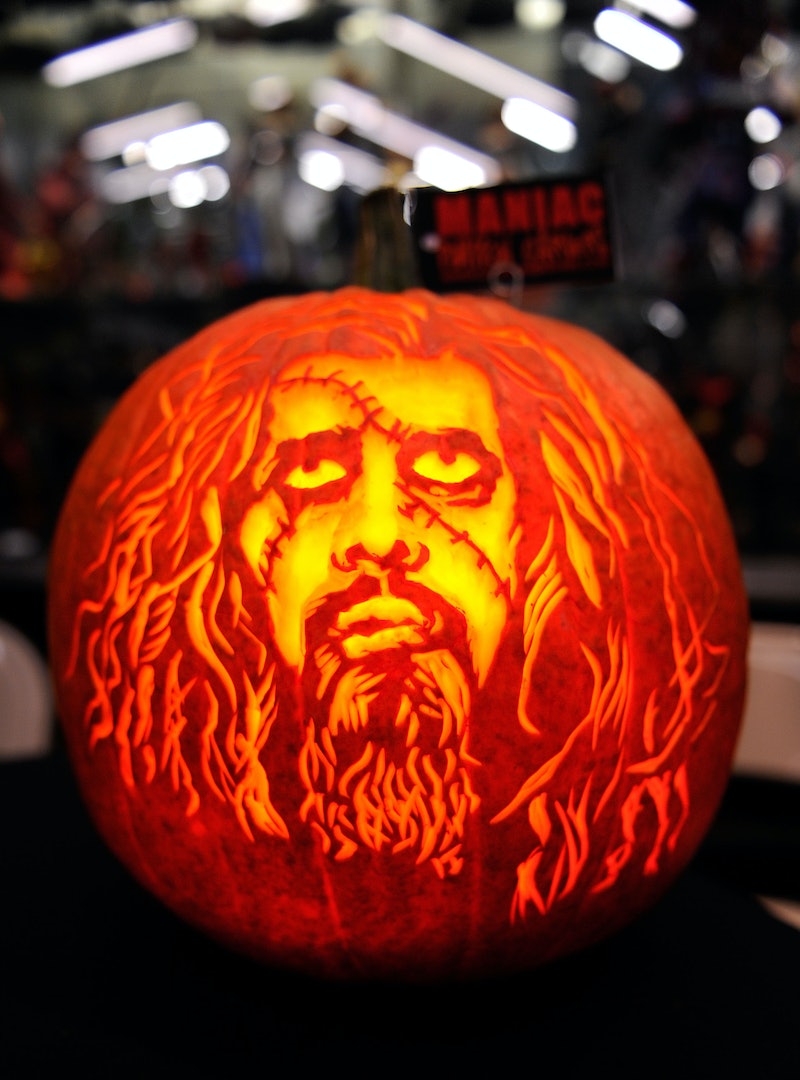 Happy Halloween, Bustlers. These days, Oct. 31 is what sex columnist Dan Savage affectionately calls "Heteroween" or the "Straight Pride Parade," a day for adults of all kinds to let loose and "dress up in revealing outfits and make sex-crazed spectacles of themselves in public." "It's awesome—and long overdue," he wrote. We agree, and salute all the nurses, firemen, sailors, and Piper Chapmans coming out tonight for Halloween.

But before Halloween was an excuse to make questionable life choices, it was the Celtic festival of Samhain, a night on which the souls of the dead were believed to be able to cross over into the world of the living. That interest in the supernatural hasn't abandoned us yet, which is why tonight is likely to have a host ghosts, witches, ghouls, and other timeless Halloween characters walking hand-in-hand with Wendy Davis. That's also why these findings from a Pew Forum survey probably shouldn't be that surprising:

1. A reported 18 percent of Americans say they have seen a ghost. And no, not the kind dressed up in a white sheet, but a real, honest-to-God spirit.

2. Nearly twice that number — 29 percent — of Americans say they have been in touch with the dead. That number holds steady, even for Christians, and is up 12 percentage points from 1990. Maybe it's something in the water.

3. Sixteen percent of Americans believe in the evil eye, or that others can cast evil curses on them. Presumably, this is the fault of Harry Potter.

4. But seeing ghosts also relates to political views: Democrats are more likely to have seen a spirit from the great beyond, with 21 percent reporting a sighting, while only 11 percent of Republicans say they've seen one. For a party that claims to be the rational one, that doesn't make much sense.

6. Finally, if you're freaked out and want nothing to do with ghosts, spirits, or the death-y parts of Halloween, we recommend upping your church attendance. It's negatively correlated with contact with the dearly departed, with only 25 percent of weekly-or-more church attendees saying they keep in touch with the dead. But if you slack off and only go monthly, the number shoots up to 34 percent, so you're probably better off with a 28 percent risk of contact and no church attendance whatsoever.