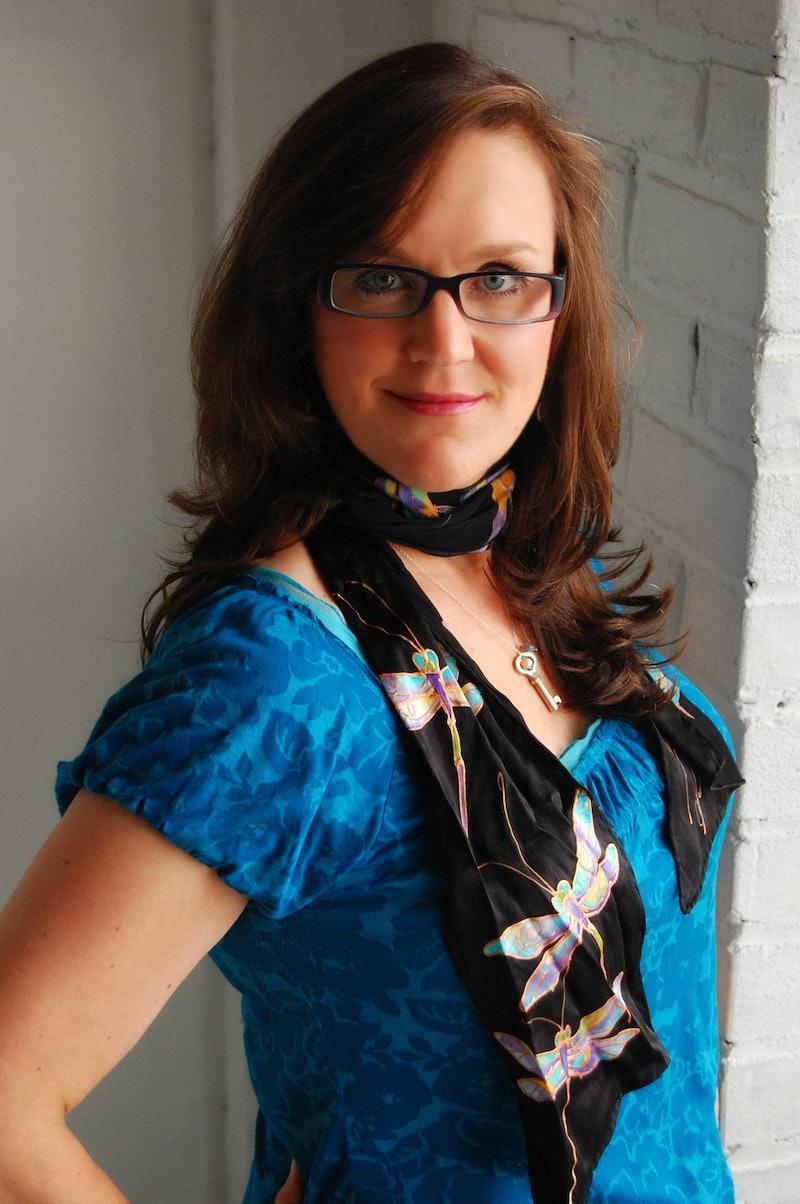 Midway through Someone Else’s Love Story (William Morrow), astute readers may experience a sinking feeling, and that’s the realization that this seemingly charming, funny novel is passing the Bechdel test by the skin of its teeth. The Bechdel test, if you’re unfamiliar, has three tenets: there must be at least two women characters, they must speak to each other, and it must be about something other than a man. Seems simple, right? Unfortunately, it isn’t.

In Someone Else’s Love Story (written by a woman and marketed to women, mind you) we’re told two female characters converse off-stage, and, later, one tries to convince another to move in with her and a male protagonist. That’s pretty much it.

It’s a shame — Joshilyn Jackson’s story of Shandi, a young mother who is taking care of her “virgin-birthed,” gifted toddler when she walks into a supermarket robbery and meets the equal-parts-noble-and-sexy Dr. William Ashe, sounds like a dream come true for readers looking for an unconventional romance with a dash of magical realism. And, to a certain degree, Jackson delivers. She tips the typical structure of a romance on its head, and balances Shandi’s sassy, southern narration with alternating chapters from solid, introverted, autistic William. As far as balancing personalities goes, Jackson hits the nail on the head.

Of course, the Bechdel test isn’t designed to tell whether a book or movie is objectively good or bad, and plenty of well-regarded films and novels don’t pass it (like, let's see, the entire Lord of the Rings trilogy). Meanwhile, female characters can definitely talk to each other about something other than men in venues that aren’t exactly feminist triumphs (like Bratz: The Movie). However, Someone Else’s Love Story’s failure does point to the fact that Shandi’s entire personality is built around the men in her life — even when they’re fleeting (like her lightning-quick love interest, William), or morally reprehensible (her cheating, manipulative father).

Other than her crushes, we know very little about Shandi. In the beginning of the novel, she says she moves to her father’s condo to be closer to her university. Her line of study is never mentioned, nor is whether or not she likes school, or when classes start. It’s tough to get a read on Shandi, or any of the other female characters, without the men in their life. There’s Paula, William’s bad-girl high-school friend, who neatly fills out the “whore” foil to Shandi’s “virgin,” without doing much else, and Mimmy, Shandi’s mother, who keeps an immaculate house hoping, someday, her ex-husband will come back to her.

Shandi’s interactions with these women are of the claws-out variety: arguing with her mother about her father, and trying to fight Paula for William’s affection, but we’re still meant to see Shandi as innocent, pure, and homey. Readers are continually reminded of Shandi’s “Marilyn dresses” and vintage, floral-covered, thrift-shop finds. As she tried to seduce William (by cooking and playing house with him after he’s shot), he can only think say that “Whenever he pictures Shandi, she is all the way across the room. Holding a spoon.” It's one of the novel's few moments of self awareness. During her first sexual encounter, Shandi describes her, wait for it, “booby." It’s incredibly hard to take a narrator seriously when they cast themselves as a Pollyanna over and over again — especially when they’re dealing with guns violence and hunting down their child’s father (who also happens to be a racist). Shandi is a naïve, sickly-sweet protagonist who refuses to grow up and, because of this, makes Someone Else’s Love Story a frustrating read.

The novel has bright spots, however, in the chapters told from William’s point of view. The recent widower has been diagnosed with Asperger’s since he was a child, and Jackson’s crafting of his voice is equal parts lyrical and methodical, without ever resorting to tokenism. The narrative arc of the tragic accident that kills his wife and daughter creates a vibrant and textured character — if only the same thing could have been done with Shandi, or any of the female characters.

More like this
Jessica Simpson On The Time She Was Pursued By A Backstreet Boy & An *NSYNC Member
By The Editors
Netflix Shut Down 'Bridgerton' S3 Rumours About A “Very Dark” Storyline
By Bustle
We’ve Entered The Hot Boy Reader Era
By Samantha Leach
Here's How Netflix Should Adapt Prince Harry's Memoir Into A Movie
By Ginny Hogan
Get Even More From Bustle — Sign Up For The Newsletter
From hair trends to relationship advice, our daily newsletter has everything you need to sound like a person who’s on TikTok, even if you aren’t.