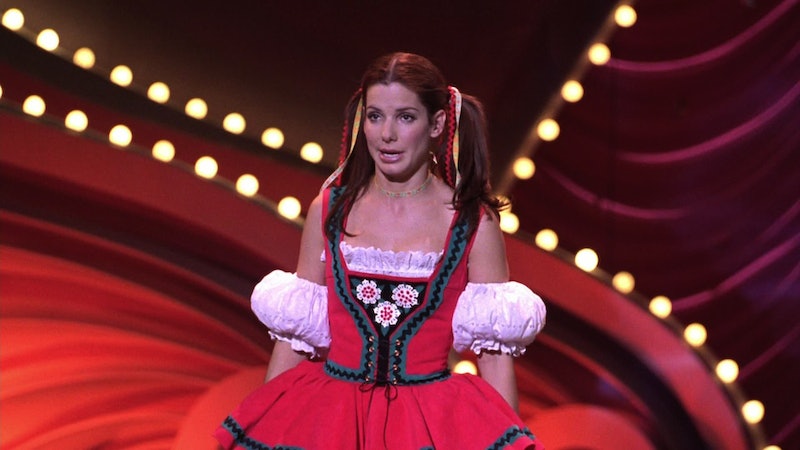 Can beauty pageants actually become a positive force in society? As we await an already controversial Miss USA pageant in an America finally embracing ideas of body positivity and feminism, questions pertaining to the influence of beauty pageants hold a particular significance. Declining in relevancy with each year, beauty pageants must embrace a more inclusive, more progressive way of operation if they hope to keep remaining a part of mainstream culture. As it stands, I tend to operate under the notion that society would undoubtedly be better off without Miss USA, Miss America, and the like. Despite a few scattered moments of inclusion, at their core, each pageant still serves as a masterclass in antiquated ideas of gender, race, and body image throughout the country.

Potential to change, however, seems stronger than ever. Thanks to a bevy of intelligent, strong, and outspoken women taking over popular culture, now proves the perfect time to change the traditionally oppressive pageant culture. Few things would be more powerful than transforming an institution that for decades has judged women against restrictive, unrealistic standards into something that celebrates the beauty in all American women. Such thinking might be idealistic, but what could be more idealistic (not to mention unnecessary) than the image of perfection pageants continue to purport?

Here are just some ways that beauty pageants could be infinitely better:

The first step in beauty pageants accepting a more inclusive future must include an acknowledgment of their undeniably sexist, discriminatory past. Robin Morgan certainly got it right when she and the New York Radical Women took to the Atlantic City boardwalk to protest the 1968 pageant, decrying the unrealistic standards Miss America presented to women across the country (and in turn igniting the Women's Liberation Movement). The history of all-male audiences watching women parade up and down boardwalks, of written rules barring women of color, of beauty judged on numerical standards, all sit over the pageant like a dark cloud, preventing any glimmers of true progress to shine through.

The contestants who have broken the all-American, blonde-hair, blue-eyed beauty (which is still totally beautiful, btw!) mold so firmly set within pageant culture rightfully deserve celebration both as markers of progress and simply as women worthy of such accolades. However, without addressing the past, future progress just seems like a superficial attempt at change, like pageants are just pretending history didn't happen.

In 1980, Vanessa Williams became the first black woman crowned Miss America. That's 59 years after the first pageant took place in 1921. That's too long. (Moreover, her forced abdication serves as a prime example of the moral hypocrisy inherent to competition that judges women on how they look in bikinis but still insists on being a stalwart of wholesome American values.) Again, throughout beauty pageant history, a growing group of women have most certainly defied stereotypical pageant aesthetics, proving a refreshing example of beauty in America for all those watching.

However, it is easily argued that not enough progress is being made. To begin, there's the whole issue with time. For example, it took 93 years for Nina Davuluri to become the first American woman of Indian descent to be crowned Miss America. Moreover, there's the issue of lack in body diversity. Despite much needed progress in racial diversity, beauty pageants still adhere to a very limited definition of aesthetic beauty. It's still very clear that to become a beauty pageant winner, one must still look a certain way, or rather, be a certain size.

Ah, the swimsuit competition. There will always be something more than a bit ~not OK~ about having women walk in front of a fully-clothed audience in a bikini and heels. Yet, to totally decry the swimsuit portion of beauty pageants, at least as beauty pageants stand in 2015, would be entirely too judgmental, too condescending, and too belittling to women participating.

First off, these women look great! To say they shouldn't wear a bikini and heels when they have the confidence (and make the personal choice) to do so doesn't seem like an fair response. Rather, the solution yet again lies in a more inclusive representation. Everybody has a bikini body, so why not make more of an effort to include contestants that celebrate that?

4. Celebrate The Contestants Off Stage

The saving grace of all beauty pageants are the contestants themselves. Therefore, the easiest thing beauty pageants can do to improve their overall message and cultural voice would just simply be to grant more attention to the women in their time off the pageant stage. This makes each woman more than just a pretty face in a dress, granting the agency to tell their own stories, each of which is almost always full of determination, discipline, and hopes of using pageant money to advance their careers, be it in the entertainment industry or elsewhere.

Take Nancy Redd, a 2004 Miss America contestant, Harvard graduate, and published author, who, in a New York Times op-ed, makes the following defense for the pageant she was a part of. Or, take Davuluri, a University of Michigan grad who actively promotes the importance of STEM education for young girls. (Miss America claims to be the largest source of scholarships for young women, but for a take on that, I direct you to this clip from Last Week Tonight.) These women have informed voices, so why not let them be heard?

5. Get Better Hosts (And Organizers)

One of the most cringe-worthy things about beauty pageants are the hosts, or, in the case of Miss USA, the organizer. In most all pageants, the ill-advised commentary made by the hosts, both male and female, only adds to the uncomfortable tone of skeez that pervades pageant culture. The choice, for example, to feature a contestant talking about putting butt glue in her bikini top so that "her boobs will stay in" as the first part of this behind-the-scenes footage aired during a Miss America competition is beyond frustrating. If that wasn't bad enough, maybe take this clip, in which Miss America host Laura Spencer beings with the quote, "It's been said a woman's hair holds her identity."

Then, of course, there is Donald Trump and Miss USA. Just one look at the news this past week and it becomes clear how detrimental Trump is to any forward progress in that pageant. With his name still attached to the event, its only real hope yet again comes in the form of its contestants, who spoke out with far greater intelligence as to why they would still compete.

On paper, the interview portion seems like the most redeeming quality of pageants. It gives contestants a voice and it proves that each woman has more to offer than the looks pageant organizers deem beautiful enough to merit a chance to compete. Oftentimes the questions are quite substantial, pertaining to political and social issues, both international and domestic. Despite the relative absurdity within context (it's a bit strange hearing a contestant that's just changed out of a bikini give her platform on gun control, and in under 30 seconds no less), it's still great that interview actually asks women about their opinions.

As such, why not extend the interview portion? Maybe take out one of the awkward dance numbers and replace it with a segment that seems less like a parody of women's intelligence and more like an actual interview. Asking such heavy questions at random, then forcing someone to answer succinctly, doesn't make it seem like the answers are that important and would set anyone up for failure. It's one thing to ask for an opinion, and it's another to make it seem like such an opinion matters.

7. Do Something With The Talent Portion

But, as Nina Davuluri's impressive Indian dance in the 2013 competition so expertly demonstrated, the talent portion can serve as something powerful. I'm not quite sure what the solution to the talent portion may be, for negatively judging a contestant on her talent of choice would be entirely counterproductive to making pageants more accepting. But, again, like the interview portion, something needs to be fixed.

Pageants are not subtle. They are an explosion of glitter, sequins, and over-the-top evening gowns. Yet for some reason, each tries to be this institution of classic elegance — and they shouldn't. In no way am I trying to imply that the women who participate in pageants aren't elegant (to walk in heels on a stage that slick and in dresses that tight without falling certainly takes a decent amount of poise); this simply means that pageants ought to embrace the fact that they prove the biggest celebration of camp a televised program can offer. In doing so, who knows? Maybe pageants will adopt a more lighthearted take on things, and perhaps in turn, a less serious, more celebratory (and inclusive) outlook on standards of beauty.

Objectively, I'm willing to argue that pageants are not a positive influence upon American culture. As such, it only makes sense that their relevancy (thankfully) declines with every year, with each step toward greater body acceptance and gender equality. It wouldn't be the most terrible thing if beauty pageants just went away altogether, however, that doesn't seem very likely.

Pageant culture still proves a large part of many (and mostly) women's lives, influencing opinions on who and what is deemed beautiful. It's imperative, therefore, that pageants take advantage of opportunities to change, to become more inclusive of all types of women, to give women a voice. Such change might seem as improbable as world peace, but there's no harm hoping.

More like this
24 History-Making Black Women You Probably Didn't Learn About In School
By Ayana Lage and JR Thorpe
25 Inspiring Quotes From Black Women To Celebrate Black History Month
By Kyli Rodriguez-Cayro and JR Thorpe
I Tried Kendall Jenner's No-Pants Look As A Plus-Size Woman
By Sarah Chiwaya
42 Black Owned Fashion & Beauty Brands To Support Today & Always
By Mekita Rivas, Shea Simmons, Kui Mwai and Dominique Norman
Get Even More From Bustle — Sign Up For The Newsletter
From hair trends to relationship advice, our daily newsletter has everything you need to sound like a person who’s on TikTok, even if you aren’t.