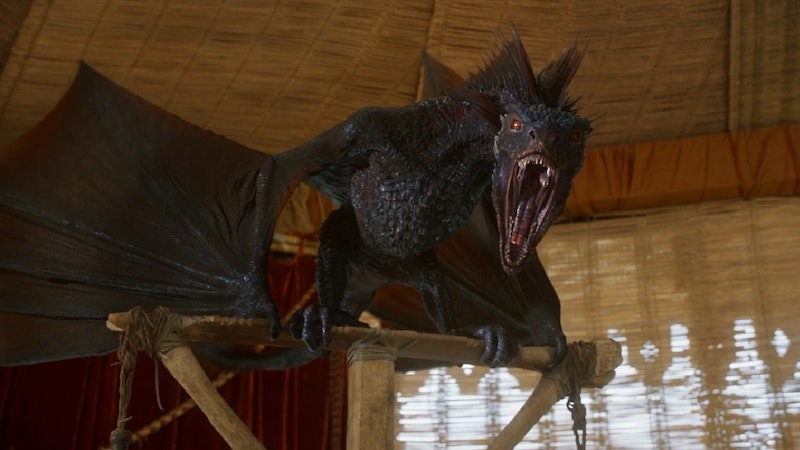 It’s been close to two years since George R. R. Martin’s colossally successful fantasy series Game Of Thrones came to its dramatic ending and there’s been a dragon-shaped hole in our lives ever since. But some exciting news for fans of the franchise just dropped, as there are three new Game Of Thrones spinoffs in the works in addition to the confirmed HBO series House of the Dragon, which begins filming in the UK in April.

Per Deadline, 9 Voyages, Flea Bottom, and 10,000 Ships are being developed by HBO Max — however, the publisher is yet to officially comment.

The prequels will be set hundreds of years before the events in GoT and will take place throughout various kingdoms across George R. R. Martin’s fantasy universe.

Rome and The Mentalist creator Bruno Heller is said to be the creative mind behind 9 Voyages, which, of the three spin-offs, is at the furthest point in terms of development. 9 Voyages is expected to follow the adventures of Corlys Velaryon, also know as the Lord of the Tides and head of House Velaryon, aboard the Sea Snake ship. Per the Hollywood Reporter, the character also appears in the upcoming House of the Dragon, where he’s played by actor Steve Toussaint — so there’s potential for a future crossover.

10,000 Ships tell the story of a legendary warrior Queen named Princess Nymeria, who founded Dorne, one of the seven kingdoms (the one with the warmer climate and lots of sexy desert attire). Fans of the franchise will remember Arya Stark named her direwolf after the legendary princess, a hero who existed 1,000 years before her time.

Per the Hollywood Reporter, the third project, Flea Bottom, is set in the notorious King's Landing slum, consisting of a maze of tight streets in the capitol city where characters like Davos Seaworth and Gendry Baratheon were born.

HBO and HBO Max Chief Content Officer Casey Bloys told Deadline that there are “a lot of opportunities” for more stories to be told from the franchise.

“We are talking about other areas that make sense as well. George R.R. Martin’s world is so big and what’s interesting about it, not only is it big but he’s got a lot of road maps in terms of history,” said Bloys. “So, one of the great things about House of the Dragon is that’s an established history that leads you to Game of Thrones the show, and there is a lot of little branches. There is a lot of opportunities and stories to tell.”

Meanwhile, House of the Dragon, starring Olivia Cooke, Emma D'Arcy, Paddy Considine and Matt Smith, is expected to launch in 2022. Based on the book of the same name, the series follows the story of the powerful House Targaryen family and the “epic civil war that tore Westeros apart” more than 300 years before.