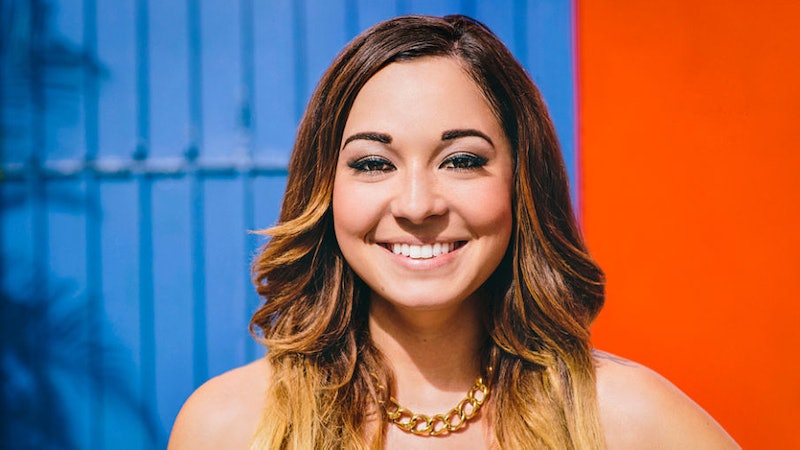 Love isn't a perfect science. So, even if an MTV algorithm deemed that two people are a "perfect match," it obviously isn't set in stone. Case in point: the moment that Are You the One? declared that — spoiler alert — Curtis and Shelby are a perfect match, Curtis goes running back into Briana's arms (at least temporarily). When Curtis and Shelby matched, it stirred Curtis and Briana's feelings for each other, and the two gleefully visited the so-called "Boom Boom Room." So, did Curtis and Briana stay together after Are You the One? wrapped, proving that they are in fact the perfect match? As emphatic as their trip to the Boom Boom Room was, I'm sorry to tell Curtis/Briana shippers that it doesn't look like the relationship was made to last, and Curtis is fully engaged to someone else now.

Curtana (declaring this their official couple name in memory of what once was) may have been dunzo since the end of AYTO’s second season, but Curtis and fellow cast member Jenni Knapmiller are still going strong since meeting on the set of the show. Both Curtis and Jenni continue to declare their love for one another on their respective Instagram accounts. In fact, in October, Jenni revealed that she and Curtis are engaged. Jenni showed off a huge, glittering engagement ring while Curtis kissed her on the cheek. She captioned it: “I didn’t know I could smile this big @curtishadzicki.”

Safe to say this is an interesting turn of events considering Briana previously posted a lighthearted video of her and Jenni kissing. In 2014, she tweeted the clip and added, "Well....now everyone knows that me and @jenniknapmiller are a perfect match."

As for Briana, it appears that she’s still looking for the one. Her Instagram account is filled to the brim with seductive selfies and the occasional shot of adorable animals. A picture of the bombshell posing next to a mystery guy in front of Disneyland was posted in December of 2019, but it doesn't seem like she's in a serious relationship at the moment. So, as of now, it looks like Briana’s previously expressed wish to get married and start a family is pending. For all those seeking to capture Briana’s heart, her Twitter account suggests that you better come with some snacks and accept her favorite pose and animal lookalike.

You gotta love a woman who knows what she wants, especially when that something involves carbs and/or fry grease.

More like this
You Can “Fall In Love” At The Resort Where Bachelor In Paradise Season 8 Was Filmed
By Brad Witter
The 'Bachelor In Paradise' Schedule Shifts To 4 Hours Every Week After The Season 8 Premiere
By Brad Witter
‘The Ultimatum: Queer Love’ Is Officially On The Way
By Radhika Menon and Kadin Burnett
Molly-Mae Hague & Tommy Fury Celebrate Pregnancy Reveal In The Sweetest Way
By Sophie McEvoy and Sam Ramsden
Get Even More From Bustle — Sign Up For The Newsletter

This article was originally published on November 10, 2014