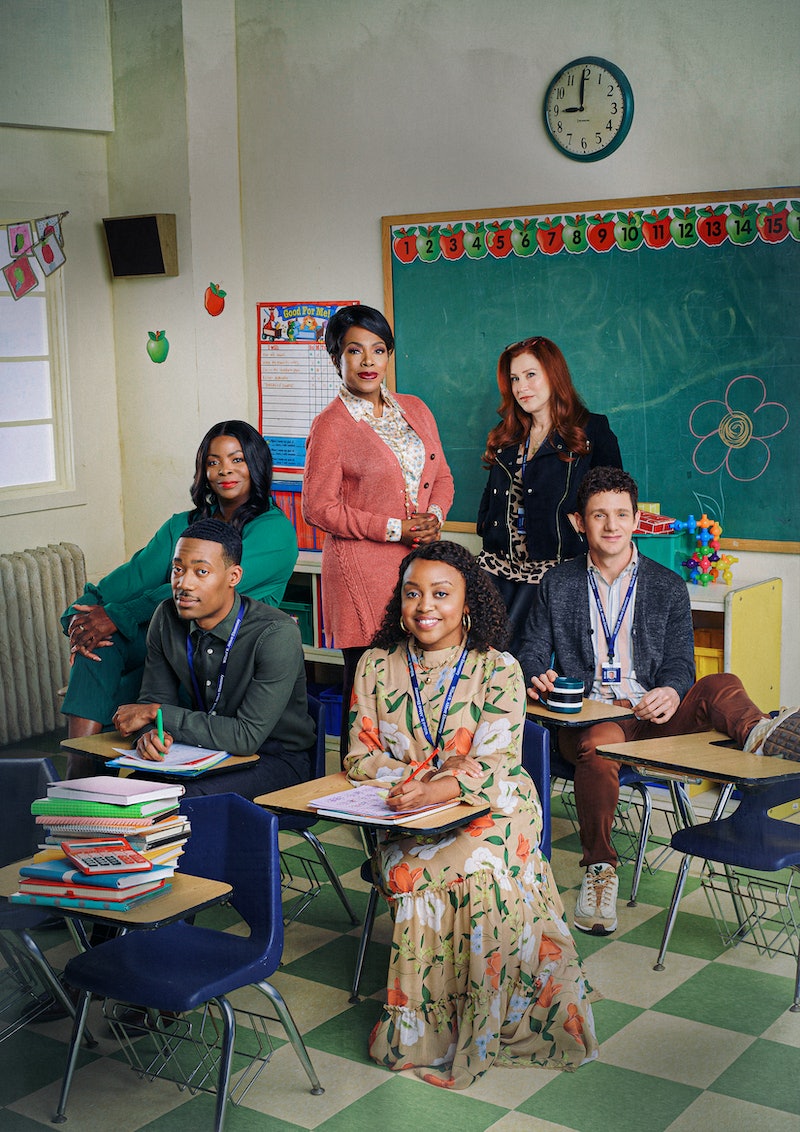 A new season is (almost) upon us — something you’ve surely already noticed if you’ve shopped for fall candles or changed your haircut for the cooler weather ahead. And even if you’re not a student anymore, you can still enjoy the familiar feeling of back-to-school season (minus the homework) by catching up on one of the most popular new sitcoms, which just so happens to take place in a Philadelphia elementary school. Nominated for seven awards at the 2022 Emmys, Abbott Elementary has won viewership numbers not seen since the Modern Family series finale two years earlier, according to Deadline.

Now, weeks before the premiere of Abbott Elementary Season 2, the show is heading into the Emmys with nominations such as Outstanding Comedy Series and Outstanding Lead Actress in a Comedy series for star and co-creator, Quinta Brunson. So if you haven’t heeded the hype just yet, now might be a good time to catch up.

Fortunately, there are several ways to stream Abbott Elementary. You can watch all 13 episodes of Season 1 on both Hulu and HBO Max, which Deadline describes as an “unusual arrangement” made possible because Abbott Elementary is co-produced by 20th Television and Warner Bros. Of course, that doesn’t really matter to viewers. The important thing is we have options!

When Abbott Elementary returns for Season 2, you’ll be able to stream new episodes on Hulu the next day — as is the platform’s usual routine for ABC shows.

So, what can you expect when you start streaming Abbott Elementary? The Emmy-nominated series is done in mockumentary style — aka, the same format you saw in The Office and Parks and Recreation. As Brunson explained to Slate, both shows inspired her approach to Abbott Elementary. “What made those comedies work was having a veil to go behind,” she said. “And I thought, we know teachers. We have this one-dimensional version of them in our heads. But what’s behind that one dimension? I wanted to make it a little bit more on purpose, having a documentary crew in a school to show us what goes on behind the lives of these people we all know.”

If you’re a fan of workplace romances on TV, you’ll be glad to know that Janine (Brunson) and Gregory (Tyler James Williams), her fellow teacher, have plenty of shippers rooting for them. No spoilers, but Williams did tease the potential for “budding romance” in an interview with E! News.