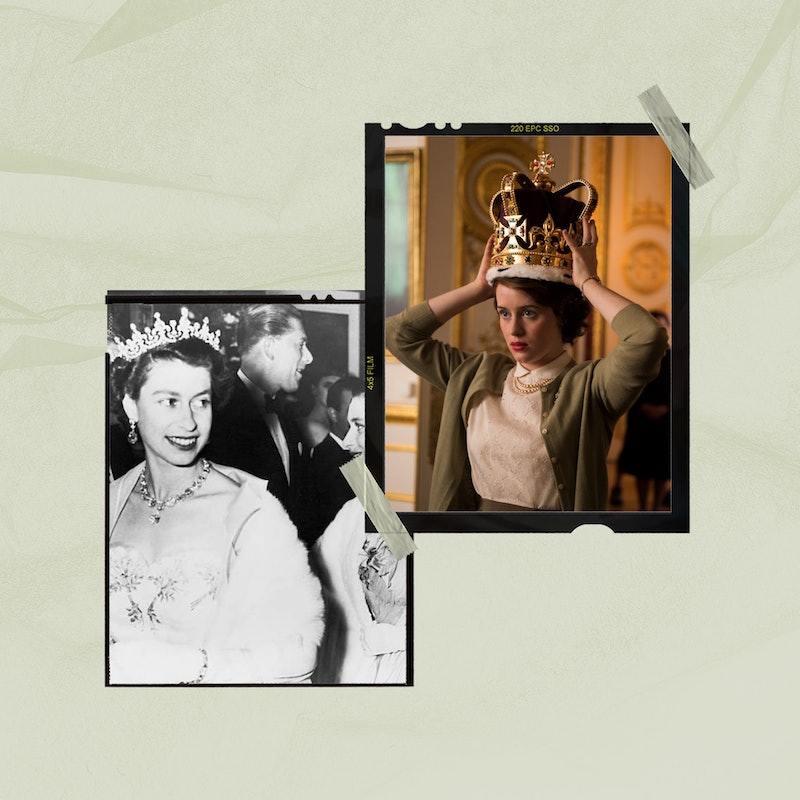 After news broke of Queen Elizabeth II’s death on Sept. 8, you may be reflecting on the late royal’s life — and its countless on-screen depictions. From Spencer to The Crown, many actors have assumed the role of Queen Elizabeth II — depicting her relationship with Prince Philip, her role in Prince Charles and Princess Diana’s marriage, and other important moments in her seven decades on the throne (the longest reign of any British monarch).

The weight of such a role seems to stick with an actor, based on the quotes and reactions from the actors who have portrayed Queen Elizabeth II over the years. Here’s a look back at some of the familiar faces who have done just that — plus what they’ve said about her (including after her passing).

Claire Foy originated the role of Queen Elizabeth II on The Crown — and earned an Emmy and a Golden Globe for her efforts, too. At the Toronto International Film Festival, she commented on the Queen’s death saying, “I think that she was an incredible monarch. She united people and she was a massive symbol of continuity and dignity and grace.” As someone who had to get inside of her head and see her as more than a public figure, Foy added, “my main feeling is just thinking about her as a mother and a grandmother and a great-grandmother, really, and I’m very honored to have been a teeny-tiny, small part of her story.”

Foy previously talked to The Wrap in 2017 about the challenges of playing such a significant figure. “It’s very difficult to play someone who everyone has a preconception about and not sort of let that in,” she said. “It’s hard enough alone to imagine yourself as the queen.”

Helen Mirren brought home the Best Actress Oscar in 2007 for her portrayal of Queen Elizabeth II in The Queen. Co-written by Peter Morgan (who would go on to create The Crown on Netflix), the film follows the monarch and her family’s response to the death of Princess Diana.

Mirren actually wrote the queen a letter during production, expressing her “growing respect” for the monarch, she told Radio Times. She got a response from a secretary, Mirren explained. BBC reports she was ultimately invited to have dinner with Queen Elizabeth II.

On Sept. 8, Mirren honored the queen with an Instagram post. “I am proud to be an Elizabethan,” she wrote, alongside a profile shot of the royal in her youth. “We mourn a woman, who, with or without the crown, was the epitome of nobility.”

More recently, Mirren played a different Queen Elizabeth — the first, that is — for the Royal Windsor Horse Show in May, and the 21st-century monarch seemed to love it.

Most recently, Stella Gonet portrayed Queen Elizabeth II in 2021’s Spencer — which revolved around a pivotal weekend at the family’s holiday estate. Gonet has not yet commented on the royal’s death.

Fans of The Crown haven’t been able to see Imelda Staunton fully portray Queen Elizabeth II just yet, as she makes her debut in the upcoming Season 5. However, last year, the actor did film a brief video from the set of the series. “Hopefully, I look calm, collected, and capable,” she says in the video. “My stomach, meanwhile, is doing somersaults.”

Staunton has not yet commented on Queen Elizabeth II’s passing, but showrunner Morgan did tell Deadline that the show “will stop filming out of respect” for the queen, to whom The Crown is a “love letter.”

Before Staunton, Olivia Colman earned an Emmy for her turn as Queen Elizabeth II on The Crown (if you haven’t watched yet, the show cycles in new casts to depict the IRL growth of the monarch and her family over the decades). While Colman hasn’t commented on the queen’s death, she has shared her feelings about the monarch before. “I have become slightly in love with her now,” Colman told Financial Times in 2020. “I think as far as royals go, she has such humility and a sort of stoicism that are very impressive.” Colman clarified that she “wouldn’t dare suggest that [she understands] the real queen,” though.