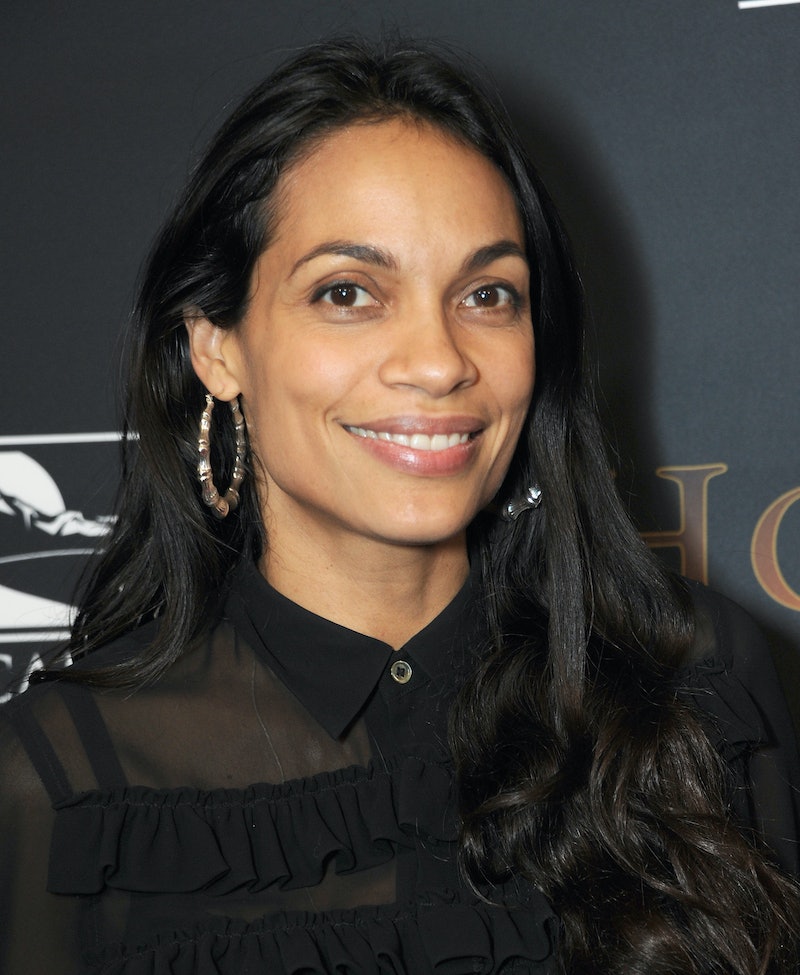 One of the most anticipated new characters in The Mandalorian Season 2 is Ahsoka Tano, a Jedi who originated in the 2008 Clone Wars movie and went on to star in the Clone Wars TV series. She was the Jedi Padawan of Anakin Skywalker, and the two grew very close throughout their training. But eventually, Ahsoka became disillusioned with both the Jedi and Anakin and left their ranks. She also fought for the Republic in the Clone Wars, and when Order 66 was issued, she went into hiding, becoming one of the few Jedi to survive the culling.

Disney+ hasn't officially confirmed that the character will appear in Season 2, but she's rumored to be played by Rosario Dawson. And fans have already developed several theories about how Ahsoka Tano could factor into the show.

Ahsoka Tano may no longer be a Jedi, but she is extremely Force-sensitive. You know who else is pretty good with the Force? Baby Yoda. Some fans believe that Ahsoka has sensed the Force in The Child and is going to come looking for him. And since Mando is currently looking for a way to reunite Baby Yoda with the Jedi, it would seem that his goals line up with Ahsoka's. But there is a bit of a hitch. As Reddit user u/jerbenbeck85 points out, Ahsoka's voice is heard along with other deceased Jedi in The Rise of Skywalker. And if she's dead in that movie's timeline, then she could very well die on The Mandalorian. The Redditor believes Ahsoka will meet her end by heroically saving Baby Yoda from some disastrous fate.

She Wants The Darksaber

Another theory is that Ahsoka will be drawn to a different Jedi-related object: the Darksaber. The last she saw of the sword — an important relic to both Mandalorians and Jedi — it was in the hands of her ally, the Mandalorian Sabine Wren. CinemaBlend's Dirk Libbey points out that if Ahsoka happens to cross paths with Moff Gideon and sees that he is now in possession of the legendary blade, she's going to want it back.

Mando Will Help Break Her Out of Prison

In what may be the most exciting and most thoroughly researched theory floating around, Reddit user Plain_Tortillas postulates that Ahsoka Tano will be rescued from an Imperial prison by Mando, Cara Dune, and Greef Karga. The theory, uncovered by Esquire, notes that in the season trailer, Mando encounters a hooded woman on the Frog Lady's home planet who will lead him to the Jedi he seeks — assumedly Ahsoka. This is contingent upon the belief that the hooded woman, Sasha Banks' character, is Sabine Wren, who will tell Mando that Ahsoka is imprisoned by Moff Gideon. Mando and company will then need to rescue her, which is represented in what appears to be some prison breakout and Stormtrooper chase scenes in the trailer.

Whatever role Ahsoka Tano ends up playing in The Mandalorian, it will be long overdue. The character has been a fan favorite for years, and is arguably the most significant Star Wars character to never have appeared in live action property. Thankfully, that will likely change very soon.

More like this
Louisa Harland’s New Show Is A Far Cry From Derry Girls
By Frances Stewart
UK Audiences Will Soon Be Able To Watch 'The Bear'
By Frances Stewart
Spencer Matthews Will Search For His Brother In A New Disney+ Doc
By Darshita Goyal
Nicola Coughlan Shared A Lady Whistledown Excerpt From ‘Bridgerton’ Season 3
By Grace Wehniainen, Alyssa Lapid and Sam Ramsden
Get Even More From Bustle — Sign Up For The Newsletter