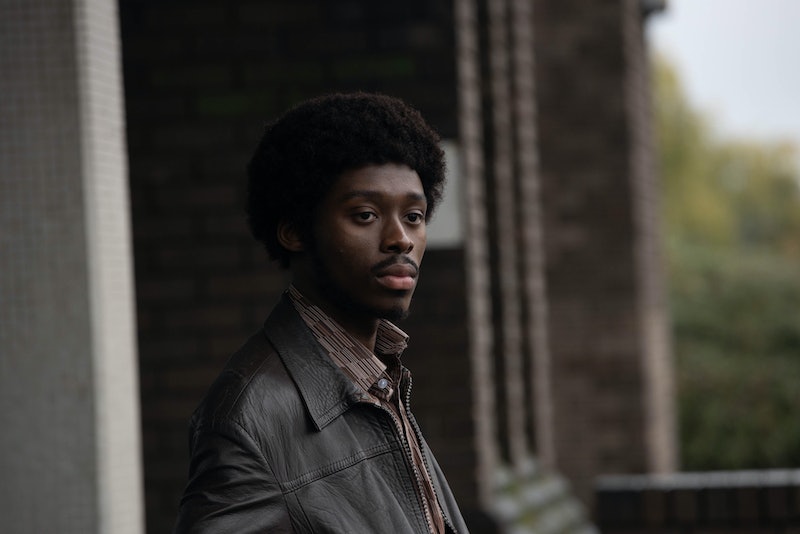 The fourth film in Steve McQueen's Small Axe anthology series, Alex Wheatle is named after the award-winning author who in 1981 was imprisoned for participating in the 1981 Brixton Uprising. Moving between Wheatle's childhood in social care to his teenage years on a journey of self-discovery, McQueen's interpretation of the influential figure shines through in the trailer for Alex Wheatle.

Panning around a record store to a young Wheatle (played by Sheyi Cole in his first role) in awe, the trailer cycles through various key moments in the author's teenage years, including his incarceration following the Brixton riots. "Uprising, it's an uprising," Wheatle sings from his bed. "We can't take no more of this suffering, so we rioting in Brixton."

The Brixton Uprising was a response to the institutional racism, discrimination and division experienced by Black communities in London. Tensions between these communities and the Met police were brought to a head by the handling of the New Cross fire that same year, where 13 young Black people were killed and more injured during a house party in the area. Despite police initially believing it to be a racist attack and "that a firebomb was thrown through a downstairs window," per the Guardian, they later decided it was caused by a fight within the party, despite there being little to no evidence of this. No arrests were made at the time.

Wheatle's story came to be part of McQueen's anthology through the series writers' room, where Wheatle acted as a consultant for the other stories. "[He] became an amazing person to go to for information about that time," the director told news site Observer. "We ended up making a film about his life because it was so fascinating."