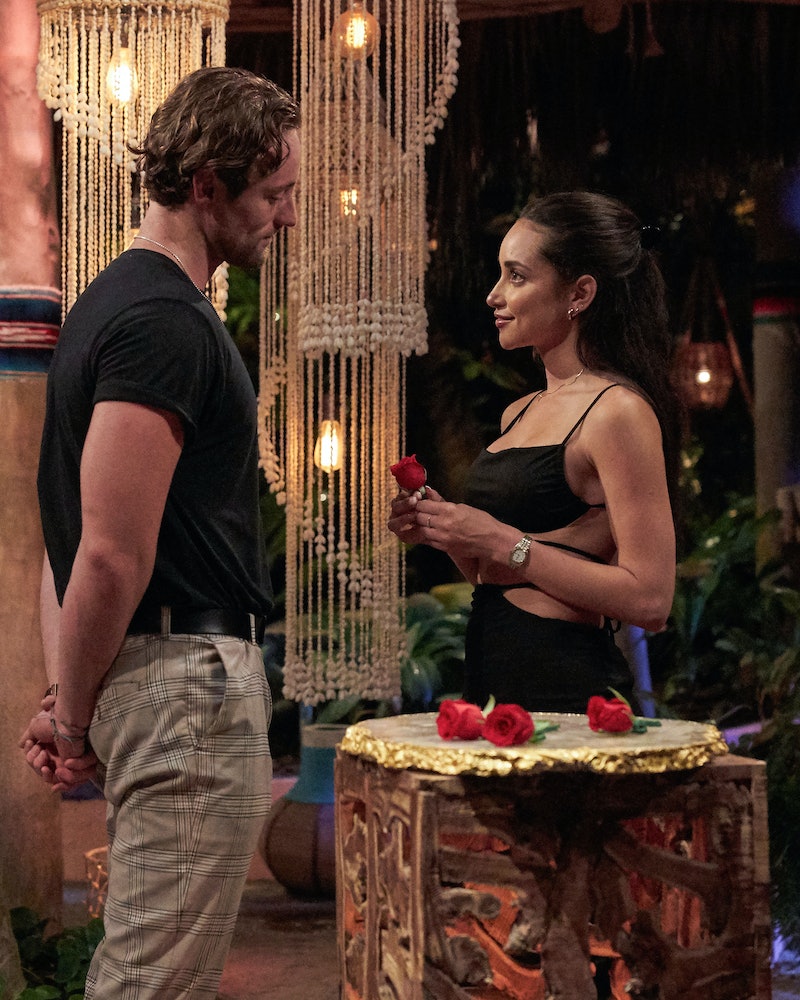 Bachelor in Paradise Season 8 has finally reached its end — and while a few of the couples have seemed super secure from the start (hi, Serene Russell and Brandon Jones), others have been the subject of constant rumors and spoilers, like Victoria Fuller and Johnny DePhillipo.

The pair got through several potential obstacles, including Victoria’s interest in Alex Bordyukov, and ultimately got engaged during the Nov. 22 Bachelor in Paradise Season 8 finale. “I’ve never felt confident about myself,” Johnny said during the proposal. “I’ve never felt this secure. I’ve never felt brave or strong. But God has decided to bless me with something as special as you, and I don’t know what I did to deserve this. But I feel like it’s fate, in a way.”

However, months after filming, Johnny and Victoria are no longer together, as they revealed at the Bachelor in Paradise reunion. Fans who stay up-to-date with spoilers saw that coming as Reality Steve reported more than a month ago that the pair had split. The Bachelor Nation blogger reported that there was “absolutely truth” to rumors that Victoria and Greg Grippo, from Katie Thurston’s Bachelorette season, had “something going on.”

Greg actually attended the reunion as Victoria’s date, and the couple showed off their new “ciao” tattoos, a nod to their trip together in Italy. However, Victoria denied claims that she cheated on Johnny with Greg. She also said Johnny cursed at her and asked her “what [does she] provide to a relationship as a woman” if she doesn’t cook or clean.

There was one moment that fans didn’t see in the reunion. According to Reality Steve, during the taping, Johnny claimed, “Victoria threw a wine glass at him and told him she was out of his league.” The blogger also said that Tyler got more involved in Johnny and Victoria’s conflict, adding that “Tyler ... said he heard from a reporter that Victoria cheated at a party in LA and she was telling everyone she was very much single,” after which “Victoria went off and started yelling at Tyler telling him to be quiet and this didn’t involve him.” The reunion saw Victoria briefly address Tyler, but other than his backstage talk with Johnny, it seems like that moment may have since been edited or cut for time.

This article was originally published on Oct. 5, 2022