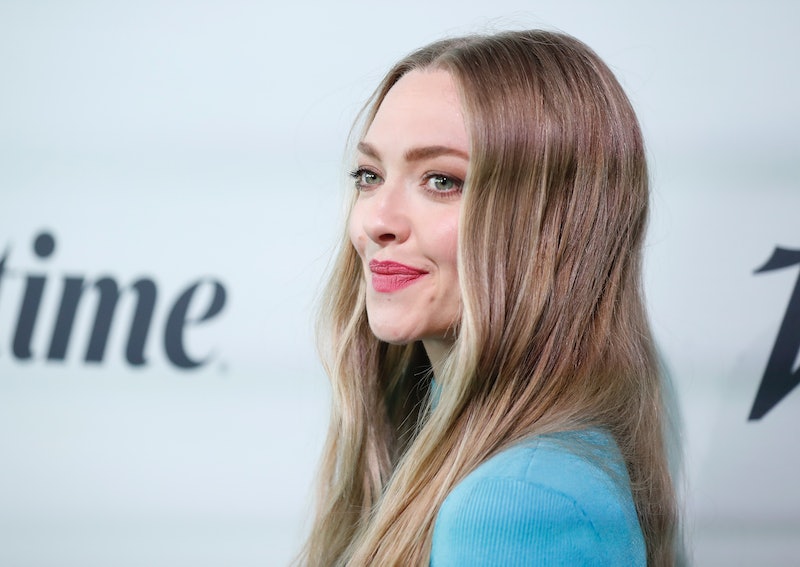 Karen Smith from Mean Girls is a bonafide meteorologist icon, but sometimes, fans took the joke too far in real life. Amanda Seyfried, who played Karen, just revealed how male fans would often ask her if it was raining after the premiere of Mean Girls in 2004. As viewers know, her character thought she could predict when it was raining with her breasts, which even earned her a job as the school weatherwoman at the end of the film. “It’s like I have ESPN or something,” Karen famously said about her skills. Fans’ references to the joke often crossed a line into catcalling, especially given Seyfried’s age at the time. “I always felt really grossed out by that,” Seyfried told Marie Claire in an interview published on May 11. “I was like 18 years old. It was just gross.”

The Dropout star continued to reflect on experiencing fame at a young age, expressing gratitude that she didn’t go through it as an even younger teenager. “I think being really famous [young] must really f*cking suck,” she said. “It must make you feel completely unsafe in the world. I see these younger actors who think they have to have security. They think they have to have an assistant. They think their whole world has changed. It can get stressful. I’ve seen it happen to my peers. So, I bought a farm. I was like, let’s go in the opposite way.”

Despite the gross comments she received, Seyfried has only positive memories from filming Mean Girls, the movie that put her on the map, even calling it her “best work” in 2013. “I was so innocent. I was so green,” she told IndieWire. “I look back and I’m like, ‘Really, I thought I was doing a terrible job.’ But it was written so well and so wonderfully directed. Mark Waters (the director) made me look good, he made me funny. And Tina Fey wrote the coolest script of all time. I’m so grateful for every experience.”

In a 2022 interview with Variety, Seyfried admitted that she had to actively fight to avoid being pigeon-holed by her Mean Girls character in the entertainment industry. “Back in 2004, I had to be really careful to not just be ‘the pretty blonde.’ At the very beginning of my career, if I hadn’t done Big Love, I was going to be Karen Smith. All the auditions I had for my first pilot season were just, like, blonde girl friends,” she recalled. “Luckily, I then had opportunities that went a different way pretty quickly, and I’m grateful for that.”