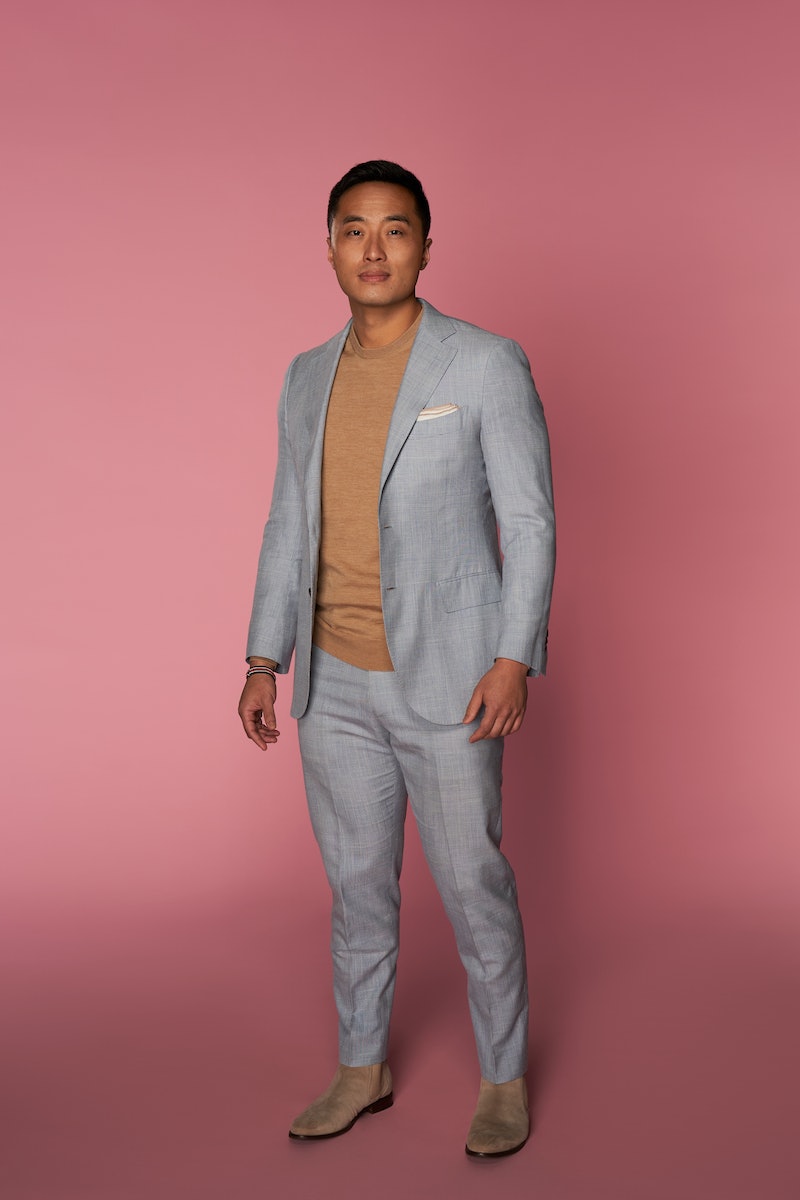 As Love Is Blind fans know, there are a lot of personalities in the pods, and just like Jessica Batten from Season 1 or Shake Chatterjee from Season 2, people tend to have different opinions about whether they are totally toxic or true heroes in their quest for love. This time around, it’s likely that Andrew Liu from Love Is Blind Season 3 will be the most polarizing, given his eye drops, “sexual kung fu,” and frankly, all that bass in his voice. Whether you think he’s a total stud or an all-around dud will likely depend on how you feel about all of those things.

Andrew forms the deepest connection in the pods with Nancy Rodriguez, who ultimately ends things with him to explore her connection with Bartise Bowden because Andrew came off as “too cool, too calm, too collected.” Nancy is at first attracted to Andrew because she feels they connect “financially,” and she seems very turned on by all of his talk of traveling and tantric sex. By the end of Episode 4, though, Nancy and Bartise’s relationship seems to have hit some snags (especially after Bartise peeps his “ex” from the pods, Raven Ross, at the cocktail party in Malibu).

Nancy and Andrew seem to be on good terms by the Episode 7 cast party. Here, they even joke about their almost-relationship — before the conversation pivots to a more serious topic. “Bartise told me that I wasn’t his type ... it just sucks that, like, the person that I love so much doesn’t love me as much as, like, I love him,” Nancy tearfully tells a concerned Andrew. Though Nancy says she doesn’t have any regrets about turning down Andrew’s proposal, the pair still connect on a friendly level, and Andrew says he’s there if she needs anything.

However, Nancy did seem to call out Andrew since filming wrapped. In response to an E! News story about Andrew’s ambiguous tears (more on that later), Nancy wrote on her Oct. 25 Instagram story, “To the fakers... we throw tomatoes.”

Here’s everything you need to know about Andrew in order to make the most informed decision about whether you would have ended up with him in a Love Is Blind pod, despite his proclivity for “meow-ing” as a greeting.

On both the show and LinkedIn, Andrew’s job is listed as a Director of Operations for a company called aifleet, a trucking and transportation company. But he also claims to be a wildlife photographer, which is one of the reasons he traveled to Kenya, something else he won’t stop talking about in the pods, either. On LinkedIn, he writes that he “donated two images to the Prints for Wildlife campaign, generating sales of $18K+ in support of the $1M campaign goal. Proceeds donated to the African Parks Network to maintain conservation initiatives during the COVID-related tourism drought” and even taught private photography lessons. He adds that he was nominated for a handful of awards, including The Greatest Maasai Mara Photographer of the Year, Africa Geographic Photographer of the Year, and The Fine Art Photography Awards 2020, among others. You can even buy his pics online if you’re into them.

If you just want to browse Andrew’s pics, look no further than his Instagram and TikTok profiles. There are a lot of pics of big cats from Kenya and other pics that he has carefully curated. It’s possible that Andrew’s Instagram page will get a little more personal than his travel snapshots once the show airs, but given how seriously he takes his photography, don’t hold your breath.

Another thing of note, Nancy and Andrew do follow each other on Instagram, but Nancy also follows Bartise so that could mean anything.

Aside from talking about how connected he feels to Kenya and his photography, Andrew was also very open about how important sex is to him and or his relationships. He mesmerizes Nancy by talking about how he practices sexual kung fu, which was made even more tantalizing by what she calls his “sexy voice.” Sexual kung fu is apparently a real thing that some men practice — it’s reportedly rooted in Taoist traditions and basically boils down to men having sex without ejaculating in the name of an eventually more pleasurable and intense orgasm. So, do with that what you will.

Were Andrew’s Tears Fake In Love Is Blind?

While Andrew might be against ejaculating too soon, one thing that he allowed to flow openly was his tears during his final interview after Nancy dumped him. In the interview, he’s asked by producers to talk about how he feels and promptly pulls out a bottle of eye drops. This makes it look like he was crying, though it’s hard to tell whether he was actually faking it or if his eyes were actually a little itchy.

Vanessa and Nick Lachey laugh when they talk about the scene with Bustle in late September before the Love Is Blind Season 3 premiere. “Oh, he wasn't doing fake tears. He was taking care of his dry eyes,” Vanessa says coyly, making it unclear whether she bought it or not. Nick chimes in, joking that it was pretty muggy while they were filming and production told him that Andrew’s “personal humidifier” broke, causing his eye issues.

Andrew himself addressed the question via his Instagram story, Us Weekly reports, replying to a meme about the alleged fake-out. “I cannot confirm nor deny due to my contract,” he said. “How unfortunate.”

More like this
'Love Is Blind: After The Altar' Season 3 Has A Release Date & It's Very Soon
By Grace Wehniainen
Love Is Blind’s Natalie Claims Shayne Signed Up For 'Perfect Match' While They Were “Still Together”
By Brad Witter
Andy Cohen Apologized To Larsa Pippen After A 'RHOM' Season 5 Reunion Dust-Up
By Brad Witter
Brianna Revealed Why 'The Bachelor' Premiere Was Tougher For Her Than You Saw On TV
By Brad Witter
Get Even More From Bustle — Sign Up For The Newsletter
From hair trends to relationship advice, our daily newsletter has everything you need to sound like a person who’s on TikTok, even if you aren’t.

This article was originally published on Oct. 19, 2022