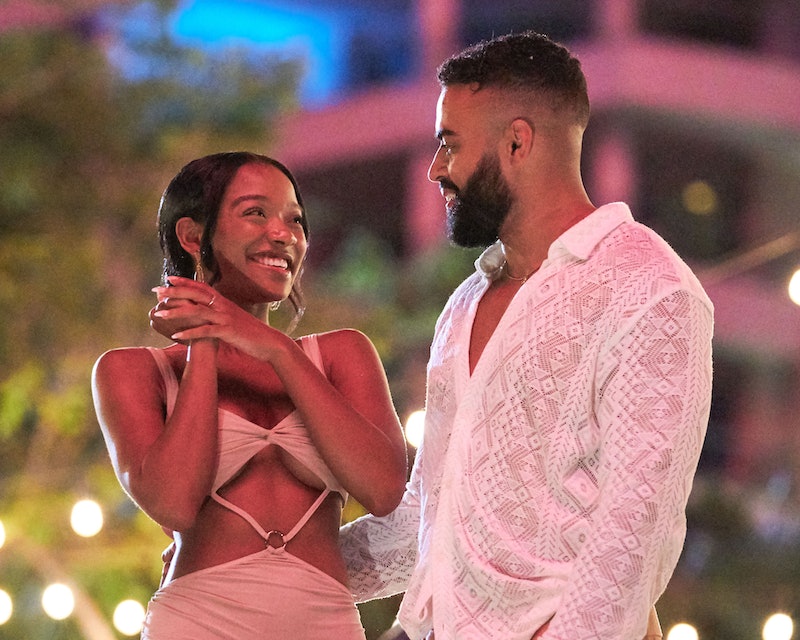 There were several love triangles on Bachelor in Paradise Season 8, but one of them was so tricky it extended from the beach all the way to Baltimore. To recap: during the show’s Nov. 7 episode, Eliza Isichei gave her rose to Rodney Mathews over Justin Glaze — a decision she soon came to regret. “I just don’t think I made the right decision for myself,” Eliza told Rodney the next morning. “I felt so much pressure. And I think I was influenced a little bit by how much love everyone has for you.”

After their emotional conversation (which left the rest of the beach in tears, too), both Rodney and Eliza left Paradise separately. But while Rodney simply left heartbroken, Eliza departed on a mission: to get Justin back. “Going after him was definitely a first,” Eliza said at the end of the episode. “I don’t usually chase guys, but he means a lot to me, so I hope he’s as excited to see me as I am to see him.”

However, once Eliza arrived in Justin’s hometown of Baltimore during the Nov. 14 episode, Justin said it was like seeing a ghost — and in keeping with his penchant for shocked facial expressions, it was a moment.

Eliza explained that she told Rodney he deserved to be with someone who would choose him “without hesitation.” However, Justin told Eliza he deserved that, too, and they did not get back together. But this was filmed months ago, and there’s always room for reconciliation. So, are Eliza and Justin together today?

Unsurprisingly, no. They don’t follow each other on Instagram and didn’t reconnect at the Nov. 22 reunion — at least, not that we saw. On Nov. 5, Reality Steve posted a thread of spoilers from the Bachelor in Paradise reunion taping. Despite their breakup, Justin reportedly planned to meet Eliza in Los Angeles, “but she ghosted him,” Reality Steve wrote. “She said he didn't hit her up until like 11 at night when he was there.” However, this dialogue didn’t appear in the final episode.

However, as the reunion aired, Justin did make his feelings known from home. “I was told a mistake was made in Baltimore, just to hear that that same mistake wasn’t a mistake at the reunion? This is why I was skeptical,” he tweeted.

He also liked a tweet that said Eliza “isn’t mature enough” for either Justin or Rodney.

This article was originally published on November 8, 2022