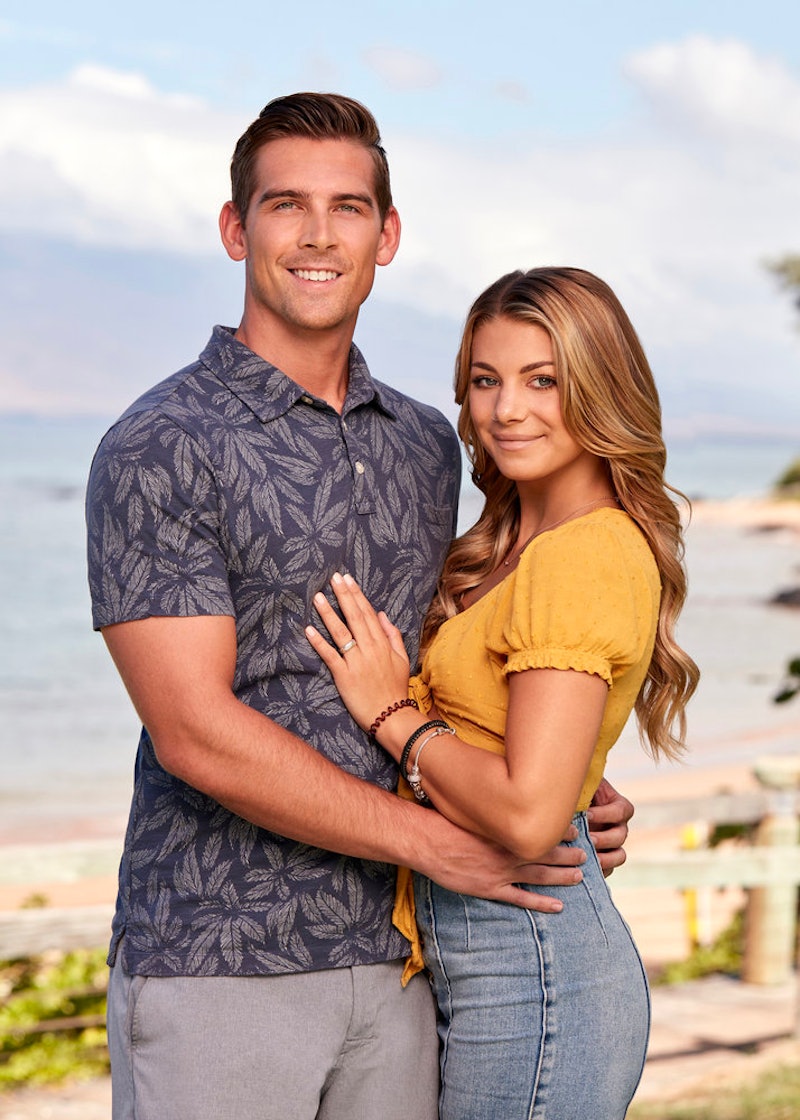 USA Network's official bio for Temptation Island's Erin Smith and Corey Sobczyk made clear that the couple of a year and a half came on the reality show with some serious issues to work though. Among them is that former pro soccer player Erin "has a bad habit" of comparing every guy she dates to her pro athlete ex-boyfriends, leading Corey, a 25-year-old concierge manager, to feel "belittled and underappreciated." In the Temptation Island trailer, he explains that his goal is to prove that, compared to his girlfriend's exes, he's "the better man."

For those wondering if Erin and Corey are still together after filming the show, there is little social media evidence either way. On the positive side, the San Diego-based couple still follows each other on Instagram, and unlike her Temptation Island counterparts, Erin tagged Corey in her announcement they were participating in the show's dating experiment. For his part, Corey's profile doesn't include photos of Erin outside of their Temptation Island promos, but he commented that her November 2020 bikini photo "took [his] breath away," adding fire emojis. Erin jokingly replied to his comment, "Yo breath be stanky."

In a meet the couples video, Erin, who now works as a behavioral therapist, admitted to pushing Corey to his limits in their relationship, but added that she feels loved by him "no matter what." So why put their relationship through the wringer on reality TV? Prior to filming, Erin explained to host Mark Walberg that she and Corey chose to come on the show "for many reasons," but the main one was for them to "become more independent."

Despite expressing his hope that they would "grow as individuals" by seeing other people, Corey added that he ultimately wanted them to "come out on the other side stronger and better" as a couple. Because production likely mandated they remove any definitive relationship status clues from social media, you'll likely have to tune in to find out where they stand now.