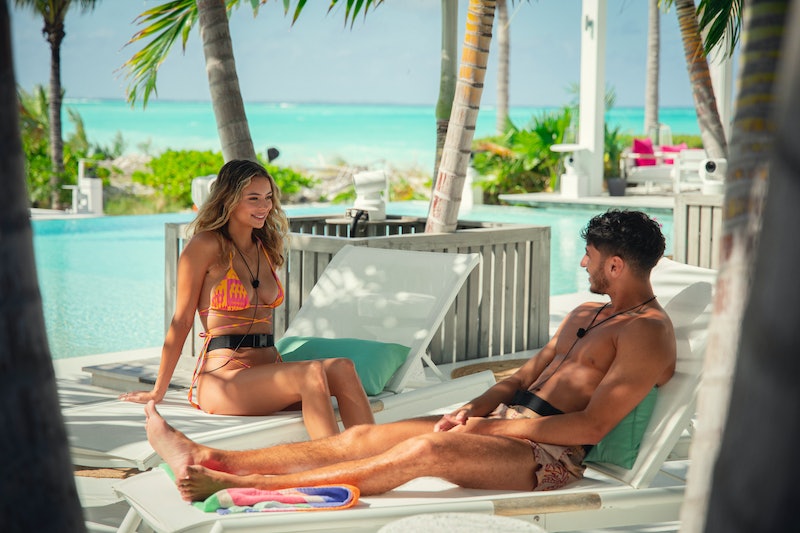 The singles of Too Hot To Handle Season 4 wasted no time in breaking Lana’s rules. Two of the fastest-moving contestants on the beach were Kayla Richart and Seb Melrose, who broke the rules early on by kissing multiple people in the early days and costing their fellow resort-mates some loot. But then, in Episode 5, Seb and Kayla break the ultimate rule and have sex. But will they stay a couple throughout the rest of the season and form the kind of bond that will keep them together after the show? Only Lana — and their disgruntled cast mates — know for sure. But there are some clues on the internet that indicate whether or not Kayla and Seb are still together after Season 4.

What Happens To Seb & Kayla On Too Hot To Handle Season 4?

Even before they knew of Lana’s strict rules about no sexual contact, Kayla and Seb made connections with other people besides each other. After learning about the actual rules of the game, Kayla and Seb seemed discouraged but not deterred from their missions to flirt with anyone in their eyesight. Seb played the game and made out with not just Kayla but also Jawahir Khalifa, another hot single on the beach.

Finding out that Seb had broken the rules with another woman didn’t upset Kayla because she had been playing the field herself, even if it cost the prize pot. She and Seb eventually get together and decide to get down and dirty, knowing full well that they’ll have to pay for it. So was it worth it?

Where Are Seb & Kayla From Too Hot To Handle Now?

A lot of times, Instagram is the best (and worst) way to make a prediction about who is still chummy once a show wraps filming. Kaya and Seb follow each other on Instagram, and Kayla has even liked some of Seb’s posts, and vice-versa. The series was ordered in February 2022 by Netflix and subsequently filmed at a villa in the Caribbean after that, likely sometime in late spring. One of the first pics Kayla likes of Seb’s is from May 30, 2022 in Los Angeles.

Kayla is from Los Angeles, and Seb is from Glasgow, so one of two things is possible. After wrapping filming, Seb and Kayla hung out in her hometown. Or, as an aspiring DJ and reality show star, Seb also spends time in LA (there are older pics of him in the City of Angels). Around the same time as his LA pics, Kayla was in New York City, so there’s also that to consider. A week before the season dropped, Seb liked one of Kayla’s carousel posts.

Kayla also liked pics of Jawahir, indicating that there isn’t a lot of bad blood between them. But there’s a little problem with all of these clues — almost all of the Too Hot To Handle Season 4 cast members follow each other and double-tap each others’ thirst traps now and again. Given the fact that no couple from the Too Hot To Handle series is still together, the likelihood that Seb and Kayla remain a couple is low. But then again, maybe Lana’s finally made a connection work.

More like this
Love Is Blind’s Natalie Claims Shayne Signed Up For 'Perfect Match' While They Were “Still Together”
By Brad Witter
Shaq Might've Spoiled His Relationship Status With Kirsten After 'MAFS'
By Brad Witter
Airris From 'MAFS' Says He Doesn’t Regret Going To Decision Day With Jasmine
By Brad Witter
Mack & Domynique Reportedly Had An "Epic" Breakup On 'Married At First Sight'
By Brad Witter
Get Even More From Bustle — Sign Up For The Newsletter
From hair trends to relationship advice, our daily newsletter has everything you need to sound like a person who’s on TikTok, even if you aren’t.