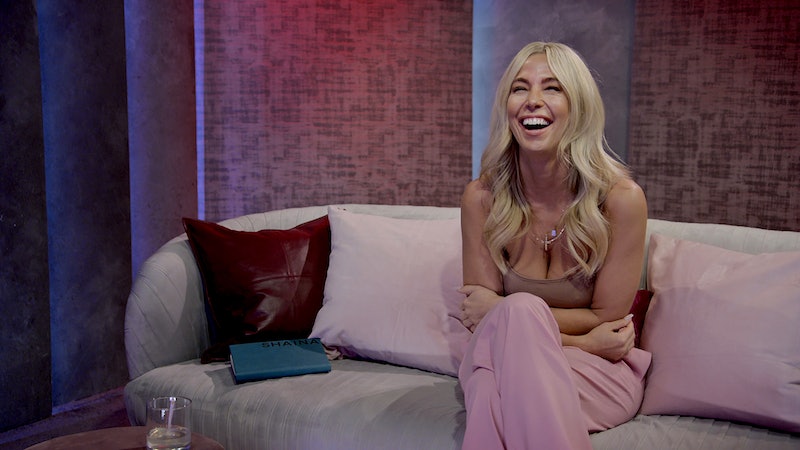 During her time on Love Is Blind, Shaina Hurley didn’t make it to her wedding day with Kyle Abrams. As you’ll remember, the pair broke up over a difference in religious beliefs shortly after getting engaged. Shaina did ultimately find love after the pods, though — with construction developer Christos Lardakis, who she introduced during Love Is Blind: After the Altar.

In the reunion special (which premiered Sept. 16), Shaina explained that she and Christos actually knew each other well before filming but only got together after her stint on the show. They first met when Shaina was FaceTiming a mutual friend, and Christos was lured by her voice on the phone. Which, wait, isn’t that the premise of this whole show — that you can make a connection without seeing the other person? Christos agrees.

Footage from Christos and Shaina’s proposal appeared during After the Altar — and by the final episode of the reunion special, Shaina was sharing her wedding plans with Shayne Jansen. The ceremony took place this summer in Greece — a few months after the reunion was filmed, according to cast photos.

Christos — who calls Shaina his “soulmate” — was the one who planned everything, Shaina says. “I knew I always wanted to get married in Greece but he surprised me, and it was honestly beautiful,” she adds.

Even though Shaina didn’t find her husband on Love Is Blind, per se, she and Christos agree that the show played a hand in their story. “It’s such an amazing experience where you are bound to like, change,” Shaina says. “And for me, I felt it made me better. Like, it made me stay true to who I am — not necessarily be such a people pleaser. So you’re definitely seeing that in our relationship. He even said, like, ‘You’re different!’”

While Shaina and Christos got married this summer, several of Shaina’s Love Is Blind friends announced they’d be divorcing: Jarrette Jones and Iyanna McNeely, and Nick Thompson and Danielle Ruhl. Shaina says she’d been in touch with Danielle — and though there were some “discussions beforehand,” the news still came as a surprise.

“It was a shock because I thought they were such a lovely couple and I know it’s complicated, so I just want them both just to be happy and to heal,” she says.