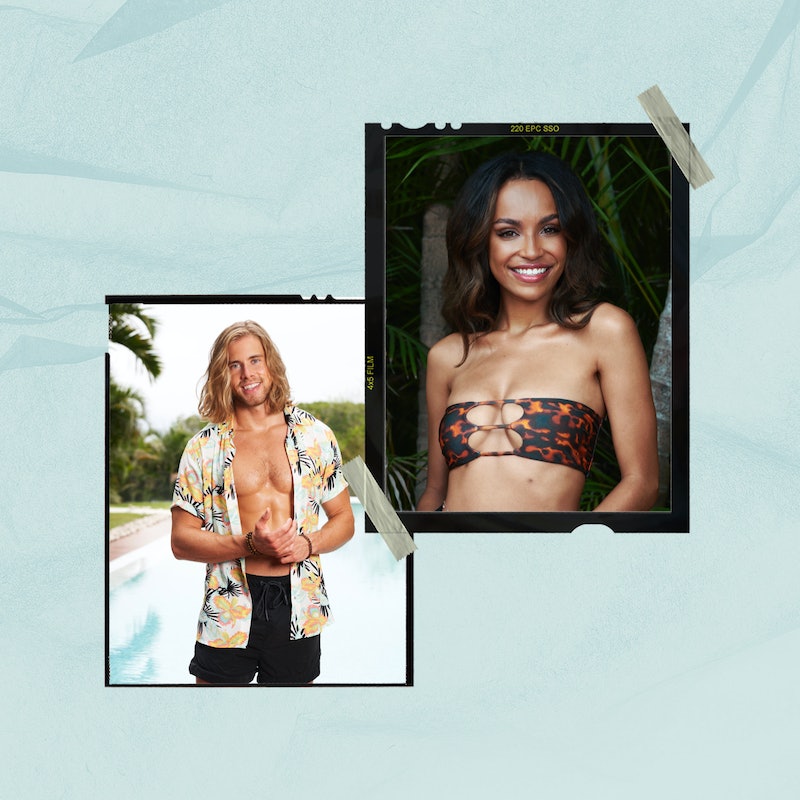 Gabby Windey and Rachel Recchia’s Bachelorette season has finally come to an end — but fortunately for viewers who always need to have some kind of rose drama to look forward to on weeknights (same!), you won’t need to wait too long for Bachelor in Paradise to bring beachy romance back into your life. Bachelor in Paradise Season 8 starts on Sept. 27, and the full lineup of contestants was recently announced. But don’t expect it to be a typical season of Paradise — if there is such a thing.

“This one’s crazy because we tried a bunch of things that we had never tried before,” BiP bartender Wells Adams tells Bustle. “And from my standpoint behind the bar, I loved it. I think it was hilarious and fun. From where the cast was standing, I don’t think that they liked it too much. But it made for very good stories.”

Wells and Sarah Hyland got married in a (literally) Modern Family-officiated ceremony Aug. 20, and he explained how finding his “soulmate” colors his advice to contestants. “My perspective changed when I met Sarah because it became so very overwhelmingly obvious that she was the person for me ... and it was just very like, immediate and tangible and real and I think that I tried to bring that into every season of Paradise,” he says.

So, who will be nursing drinks at Wells’ bar? Ahead, the full Bachelor in Paradise cast so far.

Johnny DePhillipo’s involvement in Bachelor in Paradise Season 8 was accidentally revealed in a commercial before he even left Gabby and Rachel’s Bachelorette season. Oh well!

“I think like, on Clayton [Echard]’s season, I was very reserved,” Genevieve tells Bustle. “I was scared. There were so many women. And my heart wasn’t there. And so this time around on Paradise, my heart was in it. And everyone’s gonna see such a different side of me ... I just completely had my heart on my sleeve, and I’m happy for that.”

“I think timing is everything, and everything happens for a reason. I firmly believe that,” Serene says, of leaving Clayton’s Bachelor season before things got, well, extra messy. “So at the time, I felt like my world was rocked. But you know, I went home, I got past it, and then I got to watch it on tv. And I was actually so thankful that I wasn’t there ... it just made it so much more clear, that wasn’t my path, you know?”

Last viewers checked in with Andrew, he had a very emotional breakup with Katie Thurston — and even told Katie he’d “be waiting” if she ever changed her mind about things. After leaving The Bachelorette, though? “You start seeing that person in their everyday life through social media, and then you just realize, that probably wouldn’t have worked out ... it didn’t take too long, and she was engaged, so I was like alright, it’s time for me to move on,” he says.

“I think I’ve gone through a lot in the past couple of years,” says Victoria, whose Paradise turn was announced during Aug. 29’s Men Tell All special. “I was in therapy twice a week — which I think everyone should see a therapist — and I really got to know myself and know what I want, and also what I deserve, so going into Paradise, I knew exactly what I was looking for ... I’m happy with who I am today.”

This article was originally published on Aug. 26, 2022