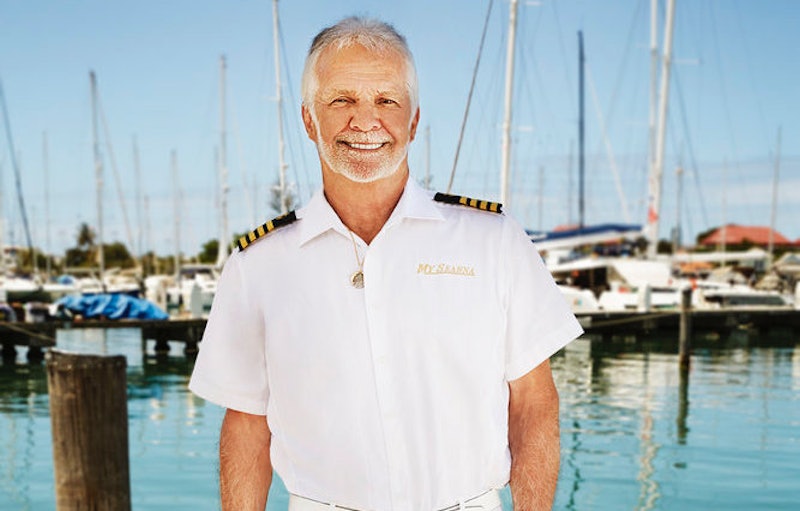 After another season of sailing drama, fans are eagerly awaiting news about Below Deck Season 9. Bravo has yet to officially renew the series, but it's the network's best-rated show (yes, even over all of the Real Housewives franchises), so it's very likely to return. Here's everything you can expect when it does.

The Below Deck Season 9 Premiere Date

Though there's not yet an official premiere date, previous seasons of Below Deck have usually aired in the fall — as early as August or as late as November.

The Below Deck Season 9 Cast

Season 8 was the first season in six years not featuring Kate Chastain as Chief Stew, and it's unlikely that she'll come back for Season 9. "There was one [Below Deck] scene where I was like, 'Oh gosh, maybe I do miss it…' and that was seeing the beautiful Caribbean backdrop," she told Entertainment Tonight. "But that might be because I’m starved for a vacation, because nobody is traveling. You know, I miss vacations. I need to remind myself [that] I miss vacations, not working."

Also unlikely to return are stewardess Elizabeth Frankini and deckhand Shane Coopersmith, who were both fired during Season 8. But fan favorite Captain Lee Rosbach isn't going anywhere. "It's still fun, and [that's] why I still want to do it. When it stops being fun, that's when you won't see me anymore," he told Entertainment Tonight. "I don't think there's been a season where I haven't closed out the season without saying, 'I have the best goddamn job in the world,' and I don't get a lot of arguments about that."

The rest of the cast will likely include some returnees (looking at you, Eddie) as well as new faces.

The Below Deck Season 9 Location & Yacht

Though Below Deck Seasons 6 and 7 traveled to Tahiti and Thailand, respectively, most seasons take place in the Caribbean. Considering the show returned to the Caribbean for Season 8, it's likely Season 9 will be set there once again.

As for which yacht may be featured, Season 8 brought back the My Seanna, but previous seasons have taken place on the Valor, Eros, Ohana, and Honor. Season 9 may choose to reuse one of these yachts (for instance, Valor has been used on three seasons and My Seanna on two), or it could introduce a new ship entirely.

What To Watch While You Wait

More like this
Kathy Hilton May Not Return To 'RHOBH' — At Least Not Full Time
By Jake Viswanath
Here's The Full List Of Zach's Confirmed & Potential 'Bachelor' Contestants
By Kadin Burnett and Grace Wehniainen
Netflix's 'Bling Empire' Season 3 Trailer Includes A 'Selling Sunset' Cameo
By Kadin Burnett and Sam Ramsden
‘The Ultimatum: Queer Love’ Is Officially On The Way
By Radhika Menon and Kadin Burnett
Get Even More From Bustle — Sign Up For The Newsletter