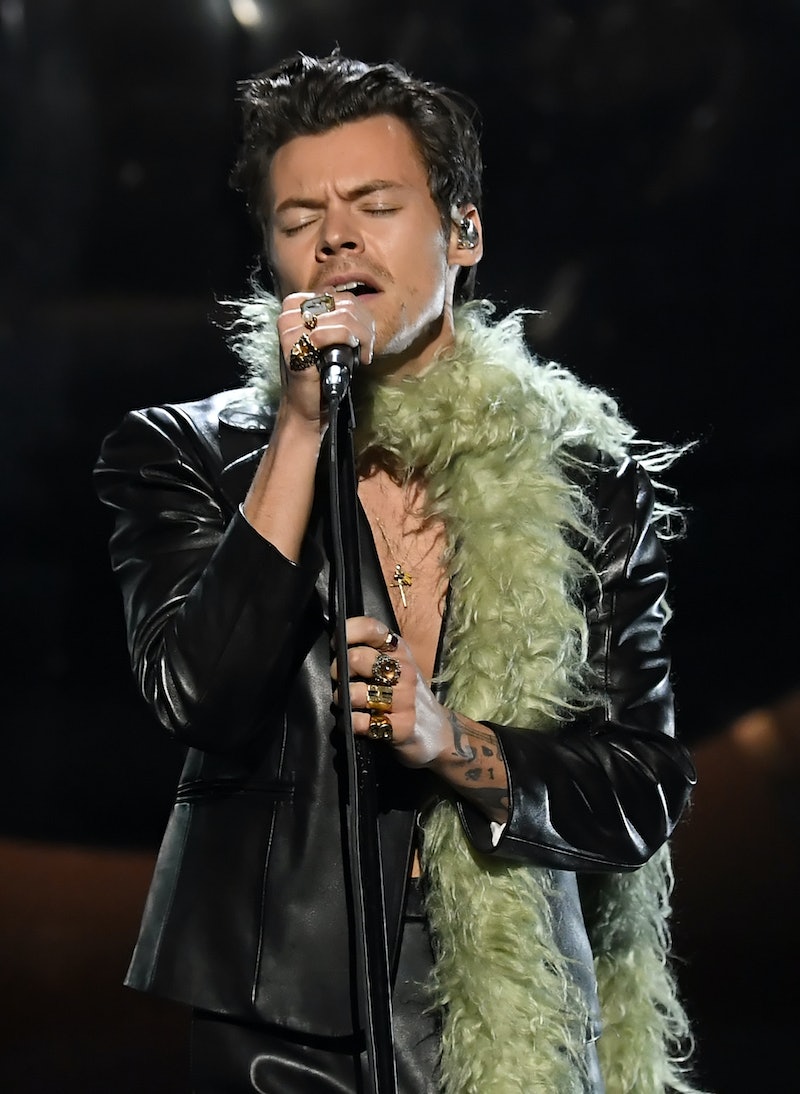 From the Golden Globes to the Grammys, it wouldn’t be awards season without plenty of memes along the way. The 2021 Grammys were already set up for serious potential, what with endlessly quotable host Trevor Noah, nominees like Lady Gaga with a flair for the dramatic, and, of course, the inevitable perils of virtual awards. Even before the show, the Grammys were in the spotlight for a handful of historic 2021 nominees — from Mickey Guyton, the first Black woman nominated for a solo performance in a country category (on the red carpet, she wondered aloud why country radio wasn’t playing her music), to that all-female lineup of artists in the Best Rock Performance category.

In addition to those groundbreaking honors, the night was, unsurprisingly, memorable for its hilarious moments in music and fashion. Here are some of the best memes and tweets from the 2021 Grammys.

Ariana Grande And Lady Gaga’s Rain On Me Win

After winning Best Pop Duo/Group Performance for Rain on Me during the pre-show awards, Ariana Grande took to Twitter to celebrate with her collaborator, Lady Gaga. But because Gaga was tuning in from Italy, there was some concern that she might be snoozing during the ceremony. After tweeting at Gaga, “MOTHER MONSTER WAKE UP,” Grande shared a throwback snap of Gaga meditating on Instagram Live.

Nominated for Best New Artist, Noah Cyrus showed up on the red carpet in a unique look and reminded some fans of everything from cotton balls, to linens, to Taylor Swift lyrics.

Fans Were Hyped For Harry Styles

With multiple nominations and a performance slated for the 2021 Grammys, Harry Styles’ fans could not wait to see the “Watermelon Sugar” singer live.

One user used an emoji summoning circle with a simple request: “Harry Styles wins the Grammys.”

When Styles did finally show up to kick off the show, his ensemble (a leather jacket and a feather boa) caught everyone’s attention in the best way.

To achieve a COVID-friendly ceremony, live performances took place in a large, empty space with sub-stage areas for each act, starting with Styles. However, the novel setup, which resulted in all of the musicians watching each other from around the room, perplexed some viewers.

On a woodsy set true to Folklore and Evermore, Swift performed hits from her two latest albums alongside Aaron Dessner and Jack Antonoff.

During their performance of “WAP,” Megan Thee Stallion (now a multi-Grammy Award-winning artist) and Cardi B delivered high-energy fun and style much to viewers’ delight.

Soon after her unforgettable “WAP” performance, Megan Thee Stallion received the award for Best Rap Song for “Savage” alongside Beyoncé and could not contain her excitement. Neither could viewers watching the love unfold on stage.

As she picked up the Best R&B Performance for “Black Parade,” Beyoncé made Grammys history as she now holds 28 trophies. Needless to say, everyone was ecstatic for the visionary.

As BTS took the stage toward the end of the ceremony, ARMY showed up and showed out for the group’s electric performance of “Dynamite.”

Before Billie Eilish took home the biggest award of the night, viewers posted a slew of tweets about Harry Styles supporting the young artist and them watching each other’s performances.

More like this
Twitter Is Freaking Out Over Rihanna’s 2023 Super Bowl Halftime Show Announcement
By Stephanie Topacio Long
Mariah Carey Is Releasing Her “Lost” '90s Grunge Album
By El Hunt
Everything To Know About Taylor Swift’s 10th Studio Album, 'Midnights'
By Grace Wehniainen and Jake Viswanath
What Demi Lovato Really Thinks About Child Stardom, Depression, & Sobriety
By Radhika Menon
Get Even More From Bustle — Sign Up For The Newsletter