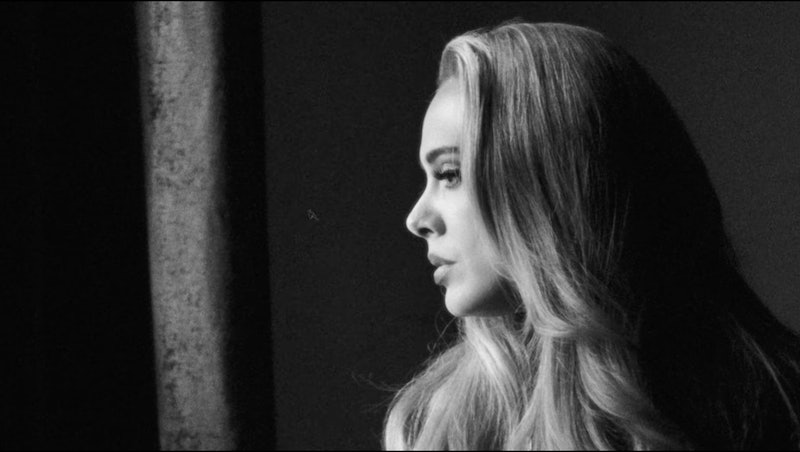 The moment we have all been waiting for has finally arrived, Adele’s highly anticipated fourth album is just around the corner, and the first single from it has just been released. “Easy On Me” is Adele’s first single in six years and, let’s just say, she did not go easy on us. Her familiar soaring vocals sound over a romantic piano melody, and allow the vulnerable lyrics to do the talking, wreaking havoc on the emotional wellbeing of her millions of fans.

In a recent interview with British Vogue, Adele described her forthcoming album 30 (set for release on November 19) as “self-destruction, then self-reflection and then sort of self-redemption” provoked, one assumes, by her separation from Simon Konecki in 2019. As the album announcement on Instagram explains, she knowingly threw herself into “a maze of absolute mess and inner turmoil” during the process of creating the album.

“But I feel ready. I really want people to hear my side of the story this time,” the North London native added in her British Vogue interview. With the first single from the album, she addresses her nine-year-old son, only adding to the vulnerability that has captured fans for over 10 years.

“I just felt like I wanted to explain to [my son], through this record, when he’s in his twenties or thirties, who I am and why I voluntarily chose to dismantle his entire life in the pursuit of my own happiness,” she explained to Vogue. “It made him really unhappy sometimes. And that’s a real wound for me that I don’t know if I’ll ever be able to heal.”

Adele already teased fans with a taste of “Easy On Me” during a recent Instagram Live session, where she played around 20 seconds of the single, and listeners have been desperate for the full track ever since. And now that it’s here, fans are taking to social media in their droves to share their thoughts.

“Adele's got me missing people I haven't even met yet,” tweeted one user, while another simply wrote, “Easy On Me has FINISHED me.”

Even famous fans have already gotten in on the action. Clueless star Alicia Silverstone shared a TikTok of herself gathering bottles of wine with the words “This is how I prepare for a new Adele song” over the top. The actress commented: “Go easy on me Adele… you always make me cry.”

Elsewhere, fellow musician and close friend Drake took to his Instagram Stories with a picture of Adele, and commented “One of my best friends in the world just dropped a single,” while Catastrophe actor Rob Delaney simply wrote “Mother of Christ…” on Twitter.

Keep reading for some of the best fan reactions on the internet right now.