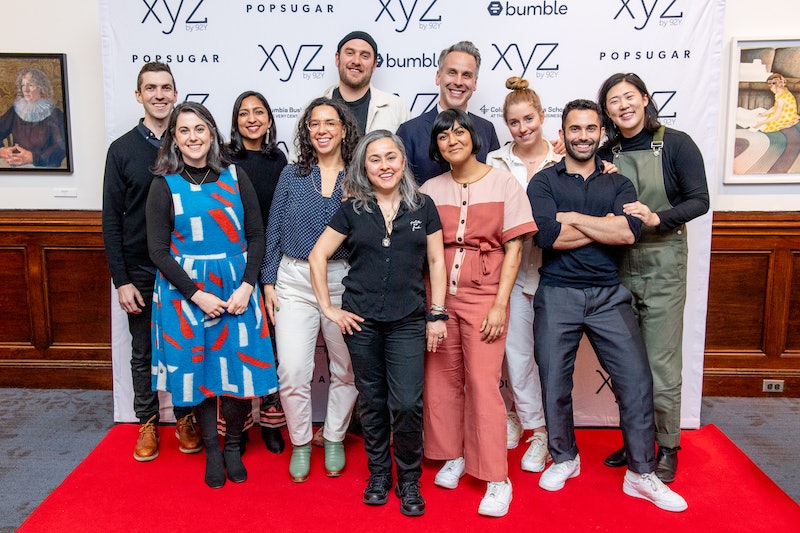 Last summer, the popular foodie institution of Bon Appétit crumbled. Following resurfaced photos of then-editor-in-chief Adam Rapoport and his wife donning brownface and mocking Puerto Ricans via their offensive costumes, long-running issues with racism at the publication (and its Test Kitchen YouTube) came to the forefront. Sohla El-Waylly was among the first to speak out against the climate she endured at the magazine, noting that Bon Appétit’s employees of color were not fairly compensated for video appearances. In June 2020, she told Sporkful, “I feel like honestly a lot of my white colleagues may have just discovered that racism still exists.” Another notable voice in this conversation is that of Ryan Walker-Hartshorn, who is now working on Enjoy Your Meal, a new HBO Max comedy series about the controversy, per The Hollywood Reporter.

An off-screen player in the Bon Appétit reckoning, Walker-Hartshorn will share her insights on her previous workplace as a consultant for the show. As Rapoport’s former assistant and sole Black woman on staff, Walker-Hartshorn quit in December 2020 because she felt undervalued and tokenized. During that period, she told The New York Times, “I’m no longer going to be in an environment where my value is constantly undermined.” Agreeing with Jesse Sparks, the then-editorial assistant and only other Black editorial staffer, that their pay “fell short” of their roles, she continued, “I feel like it’s a hostile work environment — from the corporate side. They’re not doing the real work.” (The publication’s parent company denied race played a role in their compensation.)

Following the revelatory events of the past year, exciting next steps are in the works for Walker-Hartshorn. Here is everything we know so far about Enjoy Your Meal:

The Plot Of Enjoy Your Meal

As reported by The Hollywood Reporter, the series logline notes that the show will “draw inspiration from the multiple media scandals of summer 2020 and today, focusing on a cohort of young assistants of color who rise up to tear their cookie-cutter corporate culture apart.” It will be a half-hour, satirical spin on the events of Bon Appétit’s recent reckoning. Unlike other upcoming, buzzy series that seem to focus on a straightforward retelling of events (à la Apple TV+’s WeCrashed), it appears that this series might cover similar material to Bon Appétit’s scandal without recreating its events exactly.

The Enjoy Your Meal Cast

The cast for Enjoy Your Meal hasn’t been announced just yet. Because it’s only “inspired” by the Bon Appétit events, it’s unclear if the actors will favor real-life figures like Rapoport or the Bon App staffers. Even though we don’t know who will appear onscreen, the show did announce some behind-the-scenes players. In addition to Walker-Hartshorn, who will contribute her first-hand insights to the project as a consultant, Insecure writer and executive producer Amy Aniobi will serve as a writer and EP here, too. (She is a longtime collaborator of Issa Rae, having previously worked together on Misadventures of Awkward Black Girl.) Galt Niederhoffer, Monica Villarreal, and record producer Drew Dixon will also executive produce.

Announcing the news on Instagram, Walker-Hartshorn described her collaborators as a “dream team,” saying that she was “honored to be a part of this project and movement with these incredible womxn.”

The Enjoy Your Meal Trailer And Release Date

Because the satire series is still in development, there’s no trailer or release date just yet. Until that time comes, those closely following the Bon App fallout will be eagerly awaiting any updates. On Walker-Hartshorn’s Instagram post announcing the news, El-Waylly was among the happy fans, commenting a handful of dancing women emojis.

This post will be updated with the trailer as well as additional cast and plot details as more information on Enjoy Your Meal becomes available.