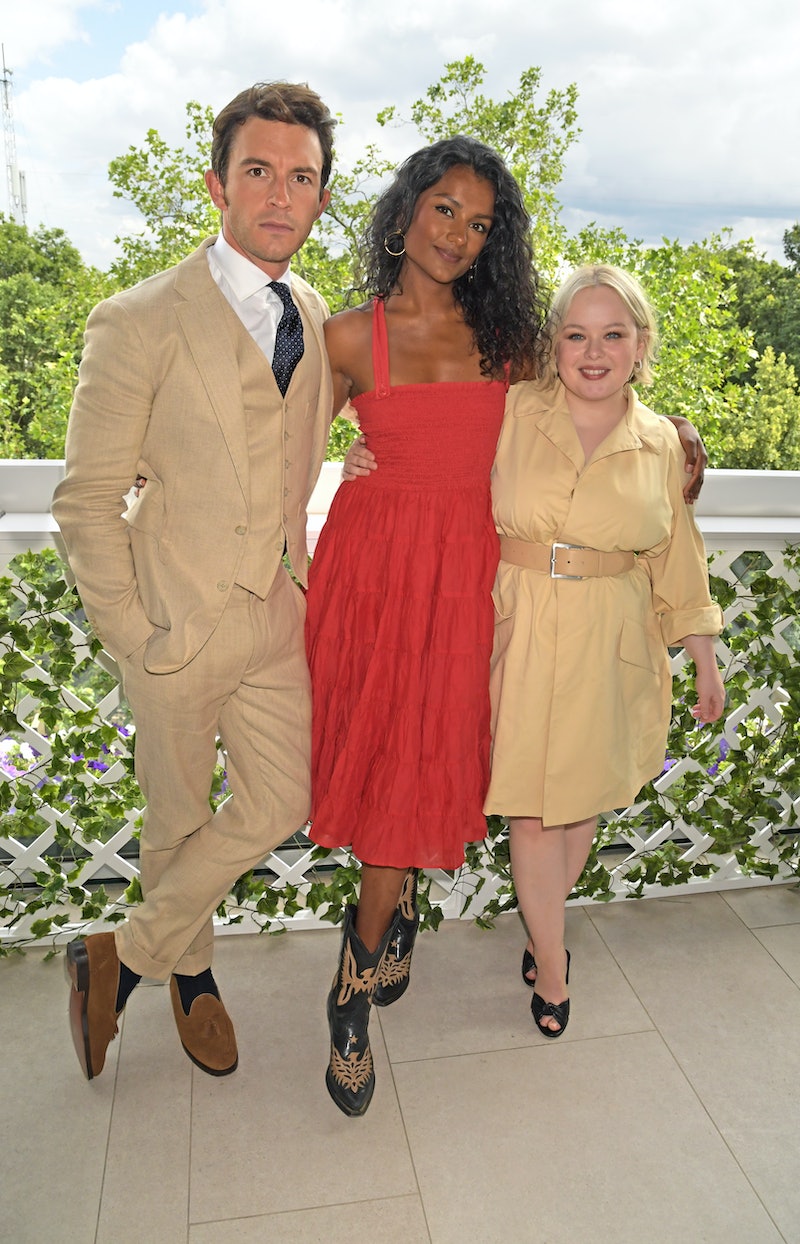 Despite being a newcomer to Bridgerton, Simone Ashley says the “supportive” cast welcomed her with open arms. “We’re a team and there’s no egos in that sense,” the actor — who will play Anthony Bridgerton’s love interest Kate Sharma in Season 2 — recently explained to People. “Everyone understands we’re all in the same boat and we’re in it together.”

Despite not getting much downtime on the “busy, busy” set, Ashely takes whatever opportunity she gets to “have a laugh” with co-stars like Jonathan Bailey, who plays Anthony. But co-star and Season 1 lead Phoebe Dynevor (aka Daphne Bridgerton), in particular, has really helped her adjust amid the on-set dance rehearsals and horseback riding lessons.

“She’s so lovely,” Ashley told the magazine of Dynevor. “There was one week I was feeling quite stressed out about certain things and she took me to a reformer Pilates class and that was really nice. And we just had some girl time.”

Though details of Bridgerton’s upcoming season, which is expected to premiere in 2022, remain somewhat scarce, Ashley described her character (who is named Kate Sheffield in the Julia Quinn romance novels) to People as sporty, competitive, and smart, and someone who listens to her instincts and is “not easily swayed by what everyone else is doing.” The actor also teased that viewers meet Kate “in different vulnerable moments” and can expect to learn about her background and “family trauma” during Bridgerton’s second season. “There’s a lot of common cause for an audience to relate to her,” Ashley added.

Chandran, for her part, appeared alongside Ashley, Bailey, and Nicola Coughlan (Penelope Featherington) during Tudum to tease the Sharma family’s introduction. “They very much feel like outsiders,” Chandra said of the sisters who “don’t really know what’s happening” in comparison to the Bridgertons and the Featheringtons. “I think the Sharmas represent the audience [viewpoint],” she explained.

Regardless of whatever onscreen drama transpires, audiences can at least know how close the cast is when the cameras stop rolling.

More like this
Caleb McLaughlin Details Racism From 'Stranger Things' Fans
By Radhika Menon
The ‘Emily In Paris’ Season 3 Release Date Is Here, Plus The First Footage
By Bustle Staff
Devon Diep From 'Bling Empire' Wrote A Song About Her “Second Chance At Love”
By Grace Wehniainen
The 'Reasonable Doubt' Cast Includes A 'Save The Last Dance' Reunion
By Grace Wehniainen
Get Even More From Bustle — Sign Up For The Newsletter