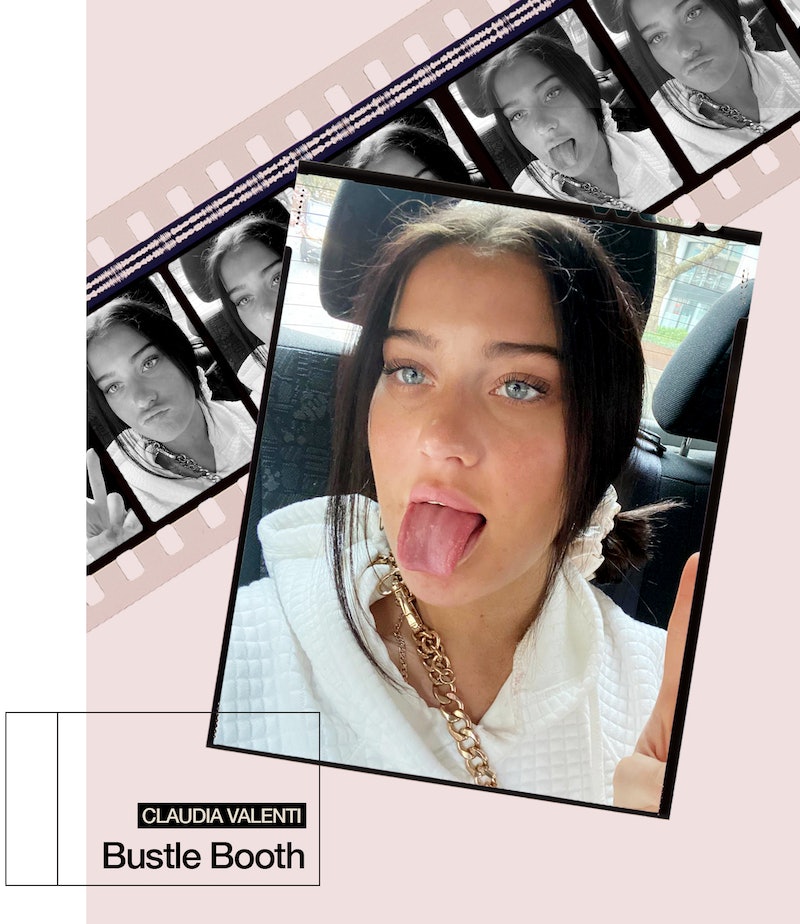 With a year like 2021, in which the COVID-19 pandemic has brought most things to a grinding halt amid lockdowns and restriction, you would be forgiven for thinking an up-and-coming artist might put a few things on the back burner. But the opposite has been the case for Claudia Valentina: this year has been her biggest yet.

“It's the first year I’ve released music, so we've had to find a way to power through, make it work and adapt to the situation,” the 20-year-old singer tells me. “It's a weird time for everyone. We're just trying to find our way through it, keep it moving.”

Keeping moving meant getting stuck into the preparations for the release of her self-titled debut EP (out now), and the creative effort that accompanies it. “The only part of it which was a struggle because of [the pandemic] was the creative side of it, all the videos and shoots and everything was all done during lockdown,” she adds. “It was a task, but we did our best and I‘m super happy with it.”

The result is a four-track EP that flows from the haunting but punchy ballad "Seven" through to the stripped back "If I’m Being Honest" that showcases the 20-year-old's impressive vocal range. “They’re all songs I felt really connected to. They all felt really good together, and I felt like the messages in each of them are really important,” she tells me.

Her latest single ‘4:15’, will resonate with anyone who’s experienced a “You up?” text in the early hours. The anti-love anthem went through the hands of several artists who potentially wanted to record it before it came full circle, made her the face of Spotify’s New Pop UK playlist and YouTube’s #LoveNewMusic list, and earned her a shortlist nomination for the MTV Push UK and Ireland acts for 2021.

But success didn’t happen overnight. It's been years of hard work and an unwavering ambition to get to this point. “My dream is always constant. It never wavers in terms of what the end goal is,” she tells me. “I don't really say out loud, but it is basically just to make it as big as I can, and to do everything as good as I can; my goal is not to be mediocre or like, ‘ish’. So that is where I'm aiming for. And I'm just gonna keep at it.”

When an open audition for kids to make their West End debut treading the boards of Billy Elliot took her to London from her home of Guernsey aged 10, Claudia jumped at the chance and didn’t look back. Within three months, she was living in London, performing in the West End and attending Sylvia Young Theatre School on the side. She’d caught the bug, and the City of Angels came calling.

Off the back of some hard work in LA, Claudia wound up in the studio with some of the most prolific pop producers in the business. By the age of 13, she was writing songs with Johan Carlsson, a right-hand man to pop heavyweight Max Martin, and it was sound advice from Carlsson that kept her from releasing music for another six years. He told her not to sign to any record labels, don't go to management, don’t do anything stupid until you're old enough.

“At the time, I was a bit bummed out about it because I thought I was ready to be Beyoncé,” she tells me. “But to be fair, I didn't know sh*t about the world.”

Carlsson’s advice paid off. Finding her sound over the years meant sessions writing with pop-producing heavyweights David Stewart and Jessica Agomba (the duo behind BTS’s super hit "Dynamite" and "What a Man Gotta Do" by The Jonas Brothers) and John Newman.

“I think starting off really young, I really had a lot of time to focus on what I wanted my style to be, what I wanted to say and how to get comfortable with just writing with different people every day,” she says. “So now I'm 20, I feel like I've got a lot of a lot tougher than then I would have been otherwise.”

Claudia speaks with an inner confidence that has come from the years of living in LA (“The industry out there is really cutthroat”), something she hopes she can pass on to another generation: “I'd love for people, girls and boys as they are growing up and trying to get through life to be able to relate to stuff I'm writing about and hopefully bring them some sense of confidence that I had to learn.”

Get to know more about the pop sensation with Claudia Valentina’s Bustle Booth questionnaire below:

I never check the weather, but I’ve got London and LA

Never done karaoke can’t lie, but if I did I’d put on "Low" by Flo Rider

I can get inspiration from anywhere and everywhere. Recently I’ve been watching Dominic Fike’s [At First] documentary and it got me going.

“She don’t give a fuck but she’s the fucking greatest.”