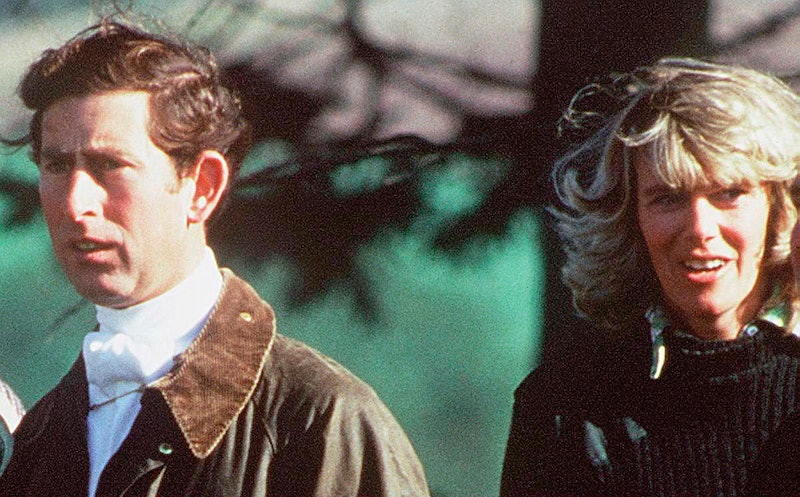 It’s true that The Crown will often take creative liberties when reenacting key moments from the royal family’s history, but some things you just cannot make up — like the Season 5 episode “The Way Ahead,” which revisits Tampongate, also known as “Camillagate.” The scandal broke just after Prince Charles and Princess Diana’s official split in 1992, when a recorded phone call between Charles and his lover, Camilla Parker Bowles, was published by the press. The Crown has Charles (Dominic West) and Camilla (Olivia Williams) faithfully recreate the dialogue — in the process, reminding audiences that the real-life King of England once imagined being a tampon, so as to be inside of his girlfriend’s vagina. And the royal family was supposed to be so stuffy.

During the call, Charles says, “God, I want to feel my way along you, all over you, up and down you,” adding, “God, I just wish I could live in your trousers, it would be so much easier.” Then Camilla jokes that he would turn into a “pair of knickers,” to which Charles replies, “Or, God forbid, a Tampax. Just my luck.”

The call was illegally recorded in 1989, years before its release in 1992. The Crown rather accurately depicts the fallout from the call, with the media questioning Charles’ fitness to be king, and late-night talk show hosts poking fun at what he’d said. At the time, Camillagate was awkward for everyone involved, and it changed how people thought of the Prince of Wales. As seen on the show, though, the family did all they could to repair his image — and for the most part, it worked.

Peter Morgan, creator of The Crown, told Entertainment Weekly of the episode, “I think we must all accept that the 1990s was a difficult time for the royal family, and King Charles will almost certainly have some painful memories of that period. But that doesn’t mean that, with the benefit of hindsight, history will be unkind to him, or the monarchy. The show certainly isn’t. I have enormous sympathy for a man in his position — indeed, a family in their position. People are more understanding and compassionate than we expect sometimes.”

The Crown is kind to the prince in its retelling, painting Charles as the victim, and even going as far as to add a title card about the positive legacy of the Prince’s Trust — Charles’ charity — at the end of the episode. The show’s take on the scandal also closely echoes the real-life Camillagate, but it does leave out one key detail: a debate about how the tape fell into the media’s hands.

The series shows that Camilla and Charles’ call was illegally recorded by an amateur radio engineer, who attempted to sell it to a newspaper. The newspaper bought the tape, but chose to sit on it — a decision driven by a desire to preserve the royal marriage. But after Charles and Diana publicly split, the paper decided all bets were off, and printed the transcript of the tape. Altogether, the show depicts one theory about how the call was actually recorded and released — but there are others who believe another story, which involves British intelligence agencies.

At the time that the Camillagate tape was released, The Los Angeles Times reported on the incident, and noted that it wasn’t the only royal phone call to leak in recent weeks. Two more — one between Diana and her friend James Gilbey, and another featuring Prince Andrew and his wife, the Duchess of York — had also been published in the press in the proceeding weeks. What’s more, all three of the leaked calls had curiously high-quality audio. The LA Times noted that Lord Rees-Mogg, a onetime editor at the Times and a “pillar of the British Establishment,” had speculated about the source of the leaks to the BBC. “I think the three tapes mean that there had to be a deliberate surveillance of the Royal Family at that point,” he said. “I think one has to ask whether it was done as part of the security screening, and whether what has happened is that the Royal Family were being taped as part of MI-5’s [Security Service] operation, and, in some way, these tapes were leaked.”

Morgan seemingly doesn’t believe that to be the case, given the way he’s presented Camillagate on The Crown — but as with all things related to the royal family, the public will probably never know the whole truth about the scandal.

More like this
'The Crown' Season 6 Has Suspended Filming "Out Of Respect" For The Queen's Death
By Bustle Staff
Helena Bonham Carter Doesn't Think 'The Crown' “Should Carry On"
By Sam Ramsden
Ashton Kutcher Wants Danny Masterson “To Be Found Innocent” In Rape Retrial
By Jake Viswanath
'The Queen’s Gambit' Season 2 Tweet Wasn’t From Anya Taylor-Joy
By Mary Kate McGrath, Jack Irvin and Grace Wehniainen
Get Even More From Bustle — Sign Up For The Newsletter
From hair trends to relationship advice, our daily newsletter has everything you need to sound like a person who’s on TikTok, even if you aren’t.