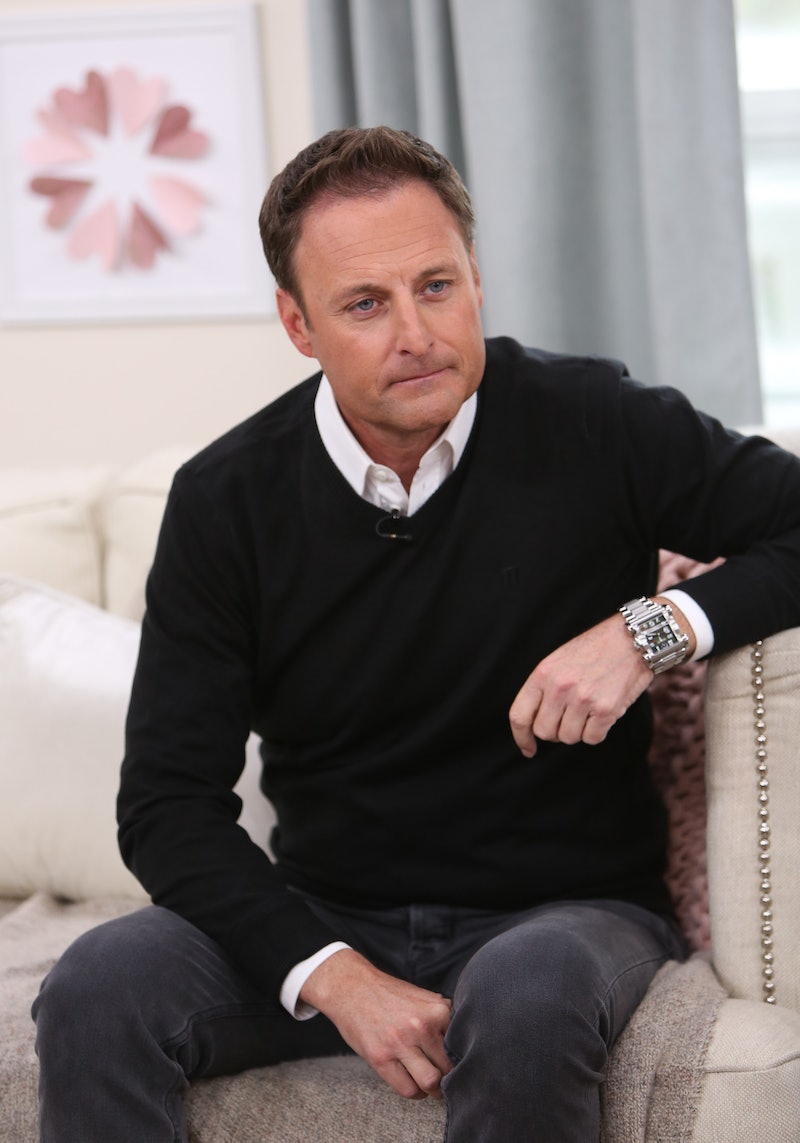 By now, all of Bachelor Nation is aware that Chris Harrison won’t be hosting Matt James’ After the Final Rose special. The news that Emmanuel Acho, host and producer of Uncomfortable Conversations With a Black Man, would be filling in for Harrison came after he issued an apology for defending contestant Rachael Kirkconnell’s past racist behavior. But will the longtime host return to the franchise for the next season of The Bachelorette? According to TMZ, perhaps not.

A source close to production revealed to TMZ that the cast of the upcoming season is already quarantining at the Hyatt Regency Tamaya Resort and Spa just outside of Albuquerque, New Mexico. However, Harrison is reportedly not present, which may indicate that, in addition to AFTR, he won’t be hosting Season 17 of The Bachelorette. The insider added that the show is currently in its pre-production stage and that filming is expected to begin at the end of this month. However, it remains unclear who, if not Harrison, will step in to host.

Ever since the 49-year-old host announced that he would be taking a leave of absence, devoted fans of the hit reality series have been speculating about who might take his place. For the most part, they landed on three names: Rachel Lindsay, Tayshia Adams, and JoJo Fletcher. However, if TMZ’s sources are correct, the showrunners are reportedly going to wait until the After The Final Rose special airs to see how the audience feels about Acho.

Still, it’s worth noting that none of this means that Harrison is fired. In fact, he could arrive at the resort any day now and still have enough time to quarantine before stepping back into his role of nearly 20 years. If that were to happen, though, ABC should be prepared for some pushback from former cast members. For example, Taylor Nolan — who is now embroiled in a scandal of her own after her old tweets resurfaced — started an online petition to get Harrison removed from his position.

For the most part, Bachelor and Bachelorette alum are hoping to see the host take accountability, put in the work, and grow from this experience. In a recent interview with E!’s Daily Pop, Ivan Hall said that it was “the right step for Chris to take a step back” but that he “wouldn’t feel comfortable” going on Bachelor in Paradise if he was the host. On Extra on Feb. 15, former Bachelorette Rachel Lindsay said, “Let's not label, let's not cancel but let's hold people accountable for their actions.” Trista Sutter echoed that sentiment on the Feb. 16 episode of her Better Etc. podcast. "I hate feeling disappointed, especially when it's in someone that I love and care about. But I have to believe he will do the work and he will hold himself accountable,” she said. “And if he doesn't, he's got Bachelor Nation who will do it for him.”