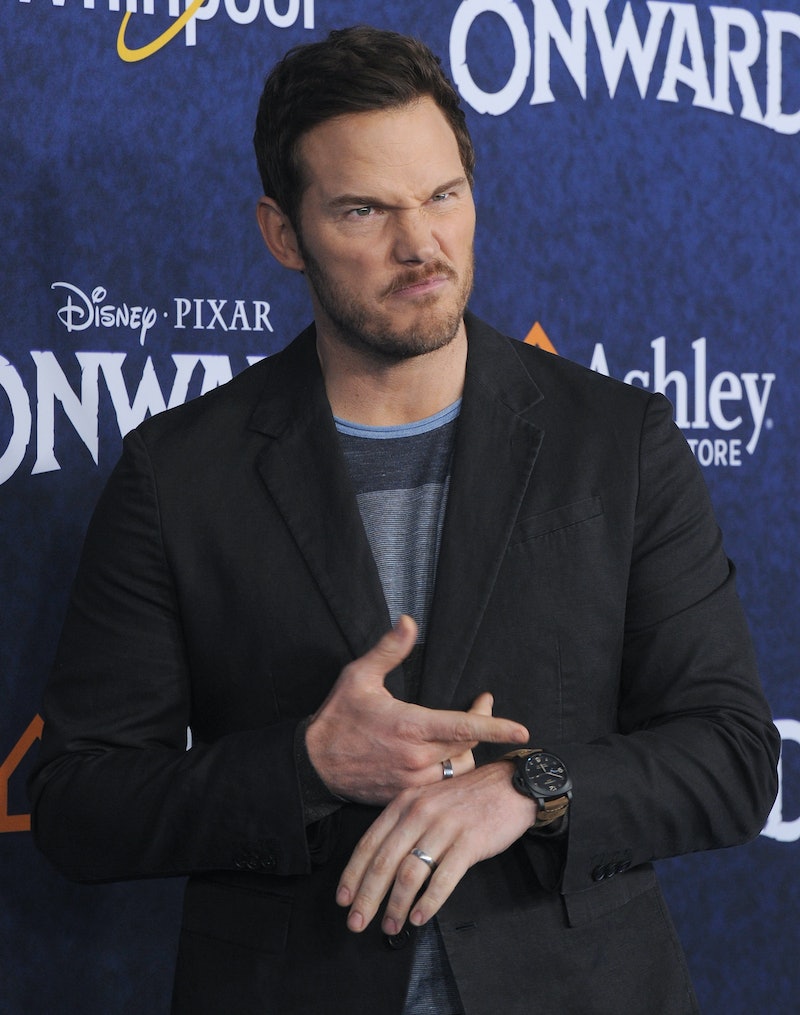 Thor is continuing to bulk up, much to the dismay of his fellow MCU superheroes. Chris Pratt thinks Chris Hemsworth is getting too ripped to share a screen with, joking via Instagram that he needs his Avengers: Endgame co-star to "stop working out" before their upcoming film Thor: Love and Thunder.

On Saturday, Hemsworth posted a shirtless workout photo on Instagram, showing him in the midst of flipping over a gigantic tire. The Thor star joked in the caption: "Cheat day today. Decided to treat me to this extra-large donut, gosh it’s heavy." While friends and fans praised the actor's strength, his fellow Hollywood Chris was less than pleased by the transformation.

"Hey bud. Just heard from my trainer and he needs you to stop working out," the Jurassic World star wrote in part, "because since we're gonna be in the same movie and everything he doesn’t want me to stand next to you if you look like that."

Pratt, who could very well still be feeling the sting of being dubbed "Hollywood's Worst Chris," had a suggestion for how Hemsworth could level the playing field: "I’m gonna need you to put on 25 lbs real quick cool thanks," he wrote. Hemsworth, who seemed to understand Pratt's concerns, reassured his co-star in the comments, replying, "Don’t worry mate we can just both use the same fancy filter that’s been applied here. It’s called instashred."

The MCU co-stars' funny exchange came only a few days after the announcement that Pratt will reprise his Star-Lord role in Thor: Love and Thunder, as per Variety. This news may not surprise Marvel fans as Thor last appeared in Star-Lord's ship at the end of Avengers: Endgame. While plot details for the upcoming Thor movie have been kept under wraps, it seems likely the film will pick up from this point.

The fourth installment in the Thor movie series will begin filming in Australia in January and is currently slated for release in February 2022.