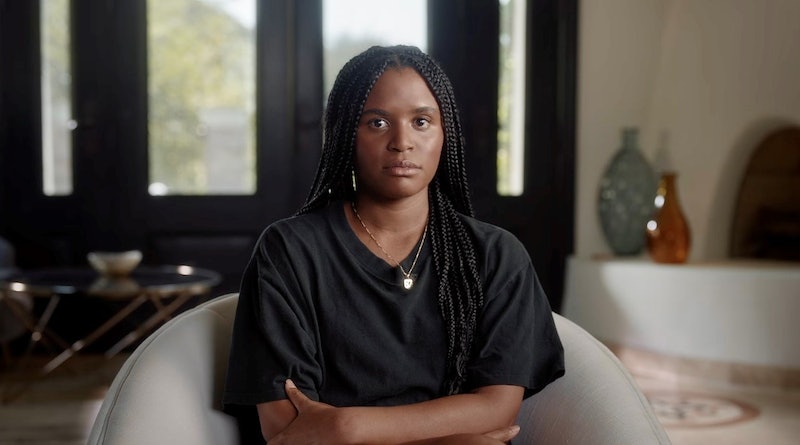 On the morning of July 24, 2018, Demi Lovato’s assistant Jordan Jackson had to make a terrifying 9-1-1 call. As she describes in the YouTube Originals documentary Demi Lovato: Dancing with the Devil, Jackson had opened the door to find the singer “not waking up or responding” to her.

“It was really dark and cold in her room. I kind of got chills, honestly. I thought that she was just drunk or hungover,” Jackson says in the four-part documentary. “I started to nudge her a little bit, like, ‘Let’s get up now, it’s time to go.’ She wasn’t really moving, she was, like, drooling.”

Jackson goes further, describing how she thought Lovato was already gone. “There was one point where she turned blue,” she adds. “Her whole body turned blue. I was like, she’s dead for sure. It was the craziest thing I had ever seen.”

Lovato — who’d suffered a near-fatal drug overdose — was immediately transported to Cedars-Sinai hospital in Los Angeles. “I had three strokes. I had a heart attack. I suffered brain damage from the strokes. I can’t drive anymore. I have blind spots in my vision. When I pour a glass of water, I’ll totally miss the cup because I can’t see it anymore,” Lovato explains in Dancing with the Devil, adding she also had pneumonia and multiple organ failure. “I’m really lucky to be alive. My doctors said that like I had five to 10 more minutes, and had my assistant not come in, I wouldn’t be here today.”

In the documentary, Lovato, who also describes waking up “legally blind” in the hospital, tells the real story of what happened leading up to Jackson finding her unconscious. The musician had been at a friend’s birthday party and said she was going to sleep around 5:30 a.m. “The reality was that I called one of my dealers over,” she says. Then, she recounts a heartbreaking story in which she says her drug dealer “took advantage” of her and “violated” her after getting her high with heroin laced with fentanyl.

“When they found me, I was naked, blue. I was literally left for dead after he took advantage of me,” Lovato says. “I was literally discarded and abandoned.” The experience also triggered the painful memories of her past, she adds: “When I was a teenager, I was in a very similar situation. I lost my virginity in rape.”

Following the assault, Jackson truly did seem to save Lovato’s life. As for what Jackson’s been doing since then, her social media offers few clues. Her Instagram bio simply reads, “asmr open mic night,” and she’s not particularly active with posts on her main page. Most recently, she has joked about trying to “contain [her] crazy” during lockdown, discovering her love for breakfast burritos, and spending time with her cat. One thing Jackson seems serious about, however, is social justice. Last May, she posted about her anxiety from “waking up everyday when there’s news every so often about black people being wrongfully murdered/misjudged, in a place they call home.”

If you or someone you know has been sexually assaulted, you can call the National Sexual Assault Telephone Hotline at 800-656-HOPE (4673) or visit hotline.rainn.org.

More like this
What Demi Lovato Really Thinks About Child Stardom, Depression, & Sobriety
By Radhika Menon
Demi Lovato Might Stop Touring Forever Due To Being "So F*cking Sick"
By Jake Viswanath
The 'Reasonable Doubt' Cast Includes A 'Save The Last Dance' Reunion
By Grace Wehniainen
Devi Is Going To Meet A “Smoldering Bad Boy” In ‘Never Have I Ever’ Season 4
By Jack Irvin and Gabrielle Bondi
Get Even More From Bustle — Sign Up For The Newsletter