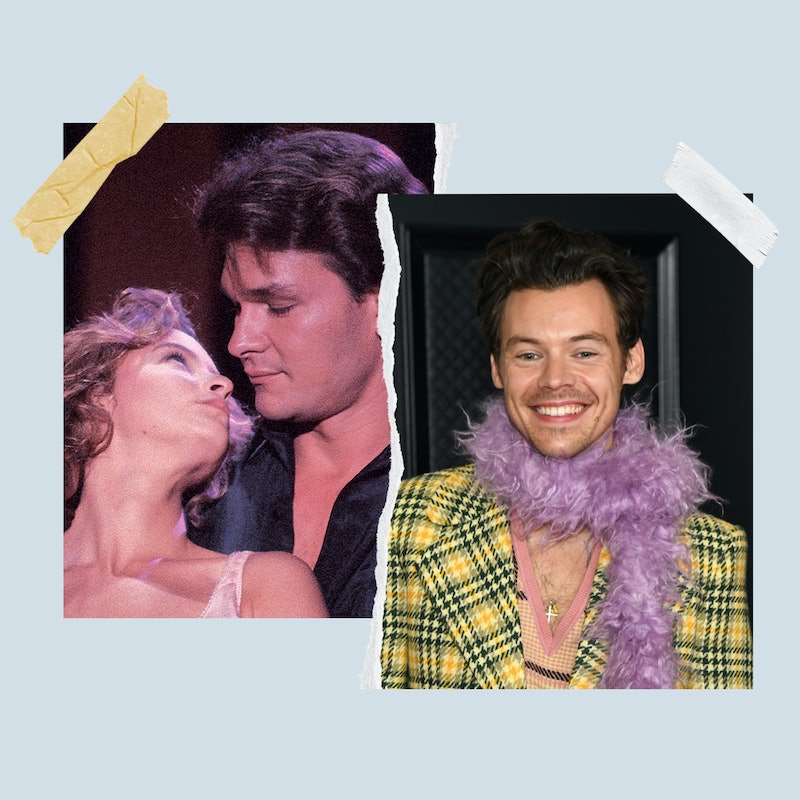 Yes, a Dirty Dancing sequel is in the works, and yes, this one will star Jennifer Grey, the original Frances “Baby” Houseman, alongside a new Kellerman’s guest. Dirty Dancing 2 “will be a coming-of-age romance centered on the experience of a young woman at the summer camp, but Baby’s own journey will intertwine with this to create a multi-layered narrative,” per Deadline.

It appears Baby’s relationship likely will not take centerstage this time, especially since Patrick Swayze, who played Johnny, died of pancreatic cancer in 2009. But there’s still hope for her to have her a fling in the next film — that is, if Grey has anything to do with it. During a May 12 appearance on The Drew Barrymore Show, she shared her dream cast addition. “Here’s a question,” Grey asked Barrymore. “Who do you think should be the next inappropriate match for Baby? How about Schmarry Schmyles? Somebody who rhymes with Schmarry Schymles?”

It took Barrymore a beat to decipher who was being hinted at, but once she got it, she was very on board. “Harry Styles! Yes! Thank you,” she screamed. “Yes! You’re right. Harry Styles. Done.”

Though Styles has Barrymore’s seal of approval, the casting is obviously just a wish for now. But it makes perfect sense, and not just because of Styles’ charisma or performance chops. He’s sort of been auditioning for the role all his life. During a One Direction concert afterparty in 2012, Styles reportedly recreated the “Time of My Life” lift with Taylor Swift, per a leaked photo shared by Us Magazine at the time. He danced to the same song with Kristen Wiig two years later, after performing alongside One Direction on Saturday Night Live.

Of course, no one could ever fully step into Swayze’s salsa shoes — and Grey gets that. “All I can say is there is no replacing anyone who’s passed. You never try to repeat anything that’s magic like that,” she told People in 2020, when the sequel was in the early development stages. “You just go for something different.” A 28-year-old British pop star-slash-actor is different enough, right?

More like this
Harry Styles Addresses The Theory That His New Song "Daylight" Is About Taylor Swift
By Jake Viswanath
Lisa Marie Presley Reviewed Baz Luhrmann’s ‘Elvis’ Movie On Twitter
By Grace Wehniainen
Tom Cruise Gives His Honest Review Of Lady Gaga’s New Song For 'Top Gun: Maverick'
By Hugh McIntyre
Hayden Panettiere Will Return For 'Scream 6': "We F*cking Won, Scream Fam"
By Jack Irvin and Jake Viswanath
Get Even More From Bustle — Sign Up For The Newsletter