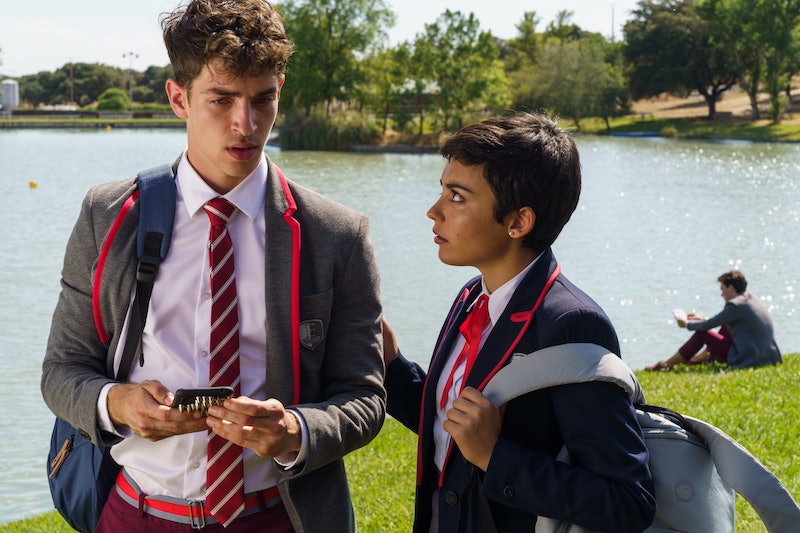 Prepare yourself for more soapy teen drama: Elite has been renewed for Season 6. Netflix announced the news in an Oct. 28, 2021 tweet, making the Spanish series one of the streaming platform’s longest-running foreign language originals.

Since the show’s 2018 debut, the cast has changed drastically: Samuel (Itzan Escamilla) and Omar (Omar Ayuso) were the only two original characters in Season 5. But Elite’s crime mysteries — along with its explorations of privilege, race, and sexuality — have continued to draw viewers in. “We address universal issues, and above all we do it with honesty,” writer Jamie Vaca told Diario de Sevilla. “The series does not mock, and I think that people appreciate that.”

With Season 6 on the horizon, it’s likely that we’ll see even more new characters coming in, as older students like Samuel near graduation. But while the core students may change, murder and mayhem will always be at the heart of Elite. “When we started the fourth season we thought about forgetting about the murder or the crime, as they did in Big Little Lies with the second season,” Montero told El País. “[But] we have decided that the people who are going to see us know that in each season there is going to be a murder.” Vaca added that the thriller element is an integral part of the series, and removing that would make it an entirely different show.

Montero also told Diario de Sevilla that the team is game to make as many seasons as Netflix will let them. “As long as we continue to have a good time, hopefully, there will be Elite for a while,” Montero said.

Here’s everything we know so far about Elite Season 6.

Elite has debuted one new season every year — but Season 6 will be breaking with that tradition (in a good way!). Netflix announced that the Elite Season 6 premiere date would be Nov. 18, dropping the news in a steamy new teaser.

Considering Elite’s tendency to introduce new characters while segueing out — or flat-out killing — older ones each season, it’s not always clear who will appear in each installment. Montero also hinted that they’re always looking to expand the diversity of their cast. “We are lucky that, being a global series, we have many places to look and there are always many actors willing to come to Spain to work with us,” he told Diario de Sevilla.

Fortunately, on Sept. 26, Netflix announced the official lineup of new and returning faces.

So expect to see some fresh faces in Season 6 — and, likely, bid farewell to some older Elite characters, too.

This post will be updated as more information about Elite Season 6 becomes available.