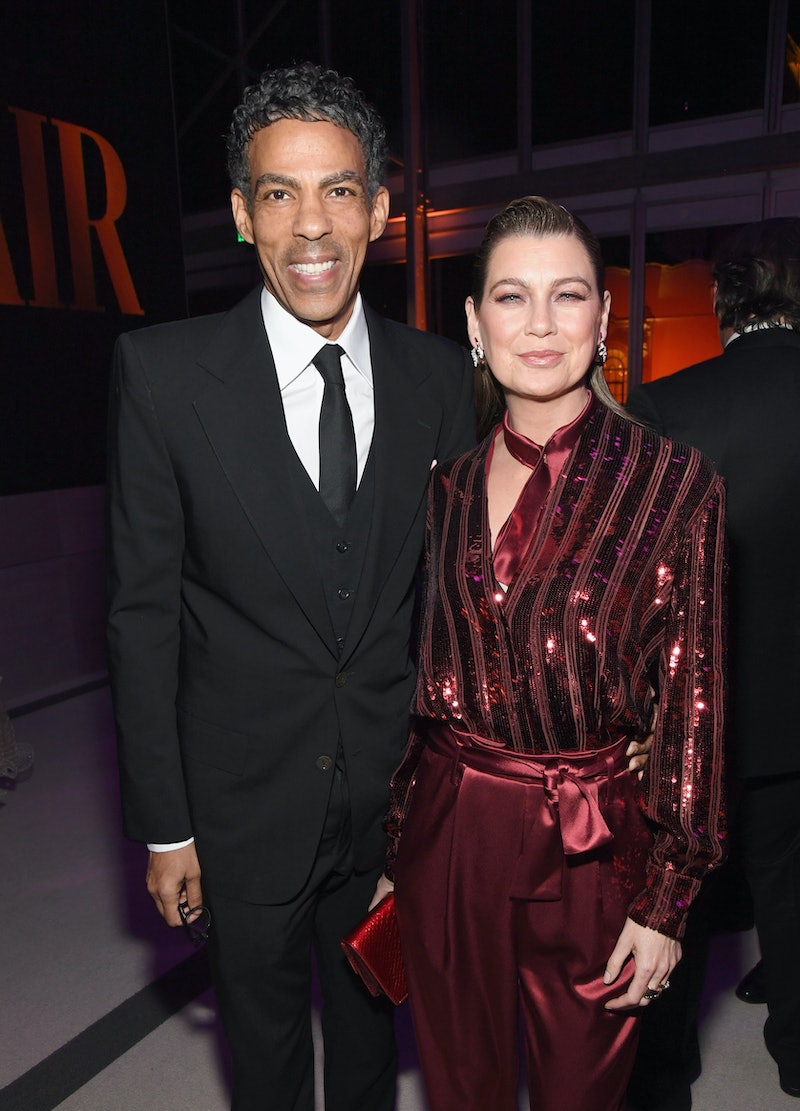 Over the last 17 years of Grey’s Anatomy, Meredith Grey’s romantic history has been rocky, passionate perfection. From “Pick me, choose me, love me” to Post-it note wedding vows, the ups and downs of MerDer (and the flings that followed) never failed to make great TV. But behind the scenes, Ellen Pompeo’s love life seems to have been way more stable. In fact, the Golden Globe-nominated actor’s relationship predates her time on Grey’s Anatomy altogether.

So just who is Pompeo’s husband? Chris Ivery is no stranger to the entertainment industry — but while Pompeo’s preferred medium has been the screen, Ivery’s has been music. According to Us Weekly, he was a music producer for most of his professional life, and you can find his work in songs by Rihanna and Ciara. But in 2019, Ivery pivoted to fashion design with a relaunch of Sergio Tacchini’s sportswear line. “I’m so proud,” Pompeo told The Hollywood Reporter. “To switch careers at 50 ... It’s like the most magical thing ever.” The praise goes both ways, of course, and Ivery has long been Pompeo’s No. 1 supporter on Grey’s and beyond.

Here is a timeline of Pompeo’s relationship history, including all the sweet stuff the couple’s said about each other over the years.

As Ivery told People, he met Pompeo in a Los Angeles grocery store in 2003, and the couple began dating shortly after. “We were friends for six months,” Ivery told People in 2006. “Then one night she just looked different to me.” Even though they officially met in 2003, Pompeo and Ivery definitely could have crossed paths in the past — they both grew up minutes from each other in Boston.

The couple got engaged on Pompeo’s 37th birthday, People reported. “We were six degrees our whole lives, so I feel like we were sort of meant to be,” she said. “We’ll get married eventually, secretly.” True to her word...

Sure, the concept of a city hall wedding sounds low-key, but former New York City mayor Michael Bloomberg officiated Pompeo and Ivery’s ceremony. So yeah, it was on another level. “They took us in this underground tunnel underneath City Hall ... and you’re in the mayor’s office. Behind a bookshelf, a wall opens and then you just walk in and you’re in his office,” she recounted on Live with Kelly and Ryan on her 10-year anniversary. In addition to (maybe?) revealing confidential government secrets, Pompeo said the rest of the weekend played out casually and privately. “No one knew, so we had that to ourselves,” she said.

Pompeo gave birth to the couple’s first child, Stella Luna, in 2009, Us Weekly reported. As the actor told People, “The writers and producers were really gracious” and wrote Meredith’s arc so her scenes could be filmed ahead of time. The result? The Season 6 storyline in which Mer donated part of her liver to her dad and was thus, conveniently, in a hospital bed as all the drama unfolded around her.

The couple welcomed their next two children, Sienna May and Eli Christopher, in 2014 and 2016, respectively.

Ivery might be private, but when he does talk to the press, there’s a good chance he’s hyping up his wife. Case in point? The 2019 launch of his STLA clothing line, where he revealed he was a fan of Mer and DeLuca’s budding relationship. “He’s a great guy,” Ivery told Us Weekly of Giacomo Gianniotti. “I actually like him.” When it comes to Pompeo’s on-screen paramours, “I would say I’m not jealous,” he said. “I’m really confident, but it’s awkward.”

The producer-turned-designer also opened up about the “secret” to his relationship with Pompeo. “Taking the time that we need,” he said. “Like if it’s me and her and we need a date night, we take it. It’s just sort of supporting each other. And obviously, with three kids, it’s ample. Her on set, me downtown, it’s a lot. But she’s my biggest fan. I’m her biggest fan.”

On a recent episode of Jemele Hill is Unbothered, Pompeo revealed that her family was a key reason she’s stayed on Grey’s Anatomy all these years. “For me, personally, a healthy home life was so important to me — more important than a career,” she explained. “I didn’t grow up with a particularly happy childhood. So the idea that I have this great husband, these three beautiful children... to have a happy home life was really something I needed,” she said. “And so I made a decision to make money and not chase creative acting roles.”

More like this
'Grey's Anatomy's New Intern Got Advice From Dr. Bailey Herself
By Grace Wehniainen
Who Is Nick Cannon Dating & How Many Kids Does He Have?
By Jordyn Tilchen and Radhika Menon
Hailey Bieber Just Responded To *That* Viral Met Gala Moment
By Radhika Menon and Sam Ramsden
Adam Devine Hilariously Let Everyone Know He’s *Not* Accused Cheater Adam Levine
By Brad Witter
Get Even More From Bustle — Sign Up For The Newsletter