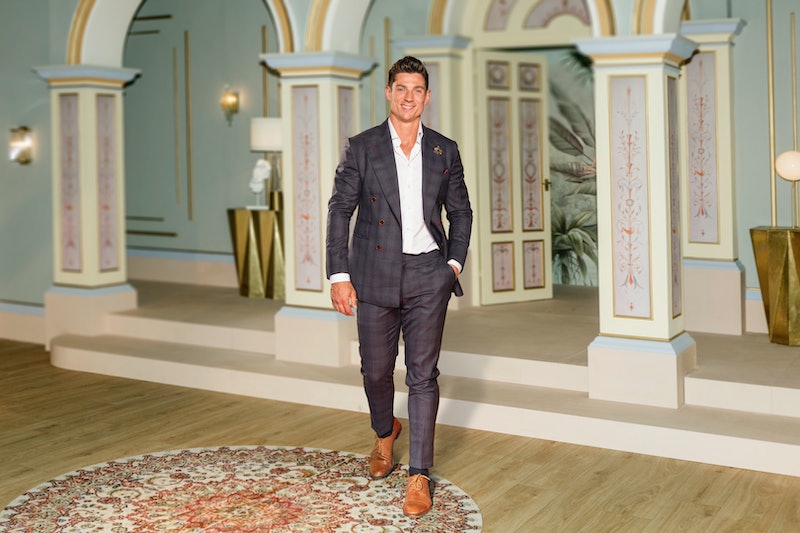 As far as dating shows go, The Love Trap sounds like one of the wildest yet. With a Bachelor-style centre figure, themes of deception, and an actual trap door, the show is certainly making its mark. And the man who’s taking the lead role within the series? It’s David Birtwistle, a fitness coach who you may just recognise from a little show called Too Hot To Handle. Here’s a refresher on the reality TV star.

What Is David Birtwistle’s Job?

Before Too Hot To Handle, Birtwistle was heavily involved in the fitness world. In fact, as well as being a semi-professional rugby player at Wasps rugby club, he also was a fitness and nutrition coach, had founded a coaching company called Endeavour Life, and was an ambassador for Nike Training.

While Birtwistle is still involved in the world of fitness and coaching, his life took a turn when he entered reality TV, and he is now focused in a career in entertainment and social media influencing.

Speaking of social media, Birtwistle is very active on Instagram in particular, and has nearly one million followers in total. He shares plenty of fitness tips, as well as selfies, and now plenty of promos for his new show The Love Trap.

Birtwistle was one of the original cast members on 2020’s Too Hot To Handle, in the show’s first series. Birtwistle took an early interest in co-star Rhonda Paul, but later stepped aside so his BFF on the show Sharron Townsend could focus his attentions on her. He later got to know late arrival Lydia Clyma, a fellow Brit who entered as a ‘bombshell’ figure to stir things up. The two ultimately decided to be friends after the show ended, however. Birtwistle helped the group win their eventual sum of £75,000, which was split between all remaining contestants.

You can read Bustle’s interview with Birtwistle here, where he revealed a few juicy BTS secrets.

What Is The Premise Of David Birtwistle’s New Dating Show?

Birtwistle is once again getting involved in a reality TV dating show and this time, he is at the centre of it.

The Love Trap has been described as Love Island-meets-The Bachelor and follows a group of women vying for Birtwistle’s attention — but with a twist. In fact, only half of the women are there for genuine reasons (love), while the others are just there for the cash prize.

What’s more, the women who are eliminated by Birtwistle one-by-one will be dumped via a trap door. Yep, you read that right...

The show has had mixed reviews so far, with some publications criticising its premise. The Independent called it “a new low for dating shows,” while The Mirror wrote it was “the most amoral dating show ever.”

The Love Trap airs on Wednesdays at 10 p.m. on Channel 4.